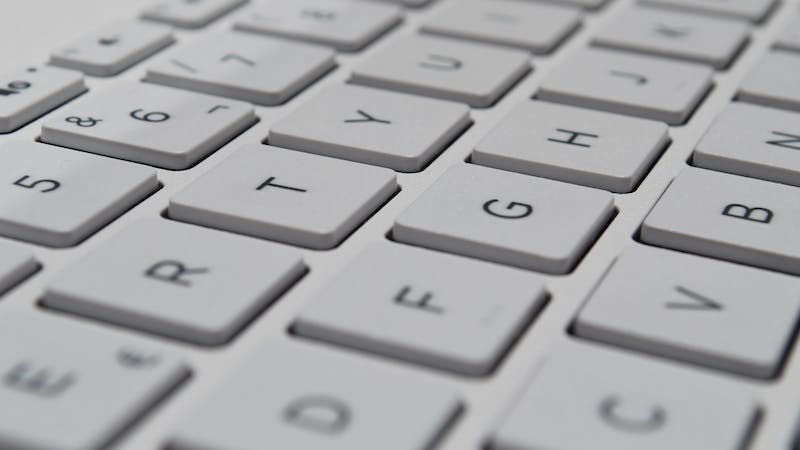 Not long ago I saw an Instagram post criticizing a popular children’s book. In a scene where the main character of the story had fallen off his bike, the character said, “I was brave and did not cry.” This deeply offended a mom, who had crossed out this dialogue and replaced it in permanent marker with, “So I cried because I was sad, and it’s ok to be sad.” Her point was clear: she wanted her children to know that authentically expressing their feelings was far more important than being “brave.”

She had a point. It’s no tragedy for a child or anyone else to cry when hurt. Confessing our weakness and need for help is something nobody should grow out of. But I couldn’t help but think that this mother was missing something. The character in this children’s book was modeling something admirable: the courage to talk back to one’s own emotions, to master our impulses and be resilient in the face of other urges. It felt as if this mother was pitting vulnerability against courage. But what if there’s something more to be said for courage?

When we talk nowadays about courage, we often mean the kind of courage it takes to write a strongly worded social-media post, or publish a book or article that invites controversy. I’m sure the mother who published that Instagram post received encouragement from readers for taking a stand and making a point. But in a digital age, this kind of courage is not necessarily hard to come by. We don’t lack for bold keyboards. What we often lack is courage that doesn’t just speak truth to power, but speaks truth to oneself. Our culture of online bravado can mask our weak presence.

Consider our perfectly curated identities: from posts and comments calculated to bring us the neurological reward of a Like or Retweet, to photos and videos captured, edited, and airbrushed to perfection. Everyone knows by now that our social-media projections are not true to life. But there’s a particular danger for those Christians who are more interested in curating ideas than images.

It’s never been easier to “defend the truth” in a vapid, performative way, like the Pharisees who made life and devotion hard on the people without even lifting a finger to help (Matthew 23:4). Thanks to always-there internet technologies that blur the line between life online and off, we are perpetually tempted to use our online identities to get the feelings of respect, significance, and even faithfulness that are harder to come by in bodily life.

This can wreak havoc on many biblical virtues, especially courage. It’s never been easier to fool ourselves that we are courageous when we really are not. Like the donkey Puzzle who donned a lion skin to look like Aslan, or the “wizard” of Oz who was really just an old man with a machine, the image we project on our screens can be little more than self-aggrandizement. If our online audience could peek through the phone or laptop we hold, they would see the real us, and our “platform” would be laughed at rather than respected.

Bravado may momentarily obscure our weakness, but Scripture reminds us that it doesn’t take long to be exposed. Rehoboam, succeeding his father Solomon as king, had a golden opportunity to endear himself to his people (1 Kings 12:1–7). Instead, the young king and his young peers rejected the advice of the older sages, and Rehoboam postured, boasting of his might and responding harshly to the people (1 Kings 12:8–15).

The ruse didn’t work, the people refused to unite behind the childish king, and the kingdom was divided. Rehoboam was foolish, not only because he spoke severely, but because he wasn’t nearly as strong of a leader as he let on. Rehoboam learned the hard way that what we think is courage can really be self-indulgence.

Cheap conviction sends tweets tearing down brothers and sisters in Christ while sitting comfortably at home without the slightest intention to serve and die for Jesus’s church. It draws hard lines in articles and emails while being ambivalent about personal sins. It’s what happens when we take an online stand against “culture” while our lives are loveless, riskless, graceless, and friendless. It’s counterfeit courage.

In a magisterial sermon titled “The Lord’s Work in the Lord’s Way,” Francis Schaeffer — no stranger to contending for the truth — warned Christians that they must always and only advance Christ’s kingdom in ways that authentically honor him. “The central problem of our age,” Schaeffer observed,

is not liberalism or modernism, nor the old Roman Catholicism or the new Roman Catholicism, nor the threat of communism, nor even the threat of rationalism and the monolithic consensus which surrounds us. All these are dangerous but not the primary threat. The real problem is this: the church of the Lord Jesus Christ, individually or corporately, tending to do the Lord’s work in the power of the flesh rather than of the Spirit. The central problem is always in the midst of the people of God, not in the circumstances surrounding them. (No Little People, 66)

Cheap conviction is fleshly. It takes no indwelling of the Spirit to use technology to make a few strangers think we are bold.

Spirit-filled courage is different. Spirit-filled courage looks adversaries in the eye (not just the screen name). Remember what Jesus said: “When they bring you before the synagogues and the rulers and the authorities, do not be anxious about how you should defend yourself or what you should say, for the Holy Spirit will teach you in that very hour what you ought to say” (Luke 12:11–12). In that passage we see three distinct aspects of real gospel courage.

First, it stands “before” — that is, in a place of true vulnerability. The crowd might reject and jeer you. This is a lot easier to take when there’s a “mute” button right next to you, but Spirit-filled courage will take you to places where there’s nowhere to hide. Does the courage we think we possess take us to these places, or do we regularly avoid opportunities to enter them and make ourselves feel better through digital truth-telling?

Second, Spirit-filled courage is not anxious. God is not a God of panic. For evangelicals especially, “cultural engagement” is too often a sky-is-falling exercise, where reading the headlines of less-influential-than-they-think media outlets leads to frenzied responses that end up speaking reactively instead of confidently. Spirit-filled courage is sober and realistic, but it doesn’t put joy at the mercy of the news. Anger and gracelessness are often signs of a heart that is tangled up in fear. That’s why Spirit-filled courage can speak the truth in love (Ephesians 4:15). It has read the end of the story.

Finally, Spirit-filled courage is seasonable. Jesus’s promise is that the Spirit will teach us “in that very hour” what to say. God loves words that fit the occasion (Proverbs 15:23). It takes effort to know whether courage demands a gentle or strong rebuke, a gospel summary or a surgical dismantling of harmful ideas. This discernment is difficult, but failure can do enormous damage to the church, by treating friends as foes or mistaken ideas as nefarious heresies — or vice versa. Cheap conviction scratches itches, but Spirit-filled courage meets needs.

Why do we drift toward cheap, virtual conviction? Because it’s easy, it’s safe, and it makes us feel righteous. But like all digital trappings, it doesn’t really satisfy. It took a global pandemic to make many of us realize just how insufficient our technological “connection” really is. Spirit-filled courage is the courage that Jesus not only promises he will use, but that he will give. We don’t need a lot of followers, and we don’t need to go viral. We only need to entrust ourselves and our world to him.

Healthy Pastors Have Emotions: How to Test and Cultivate Your Feelings – Darren Carlson