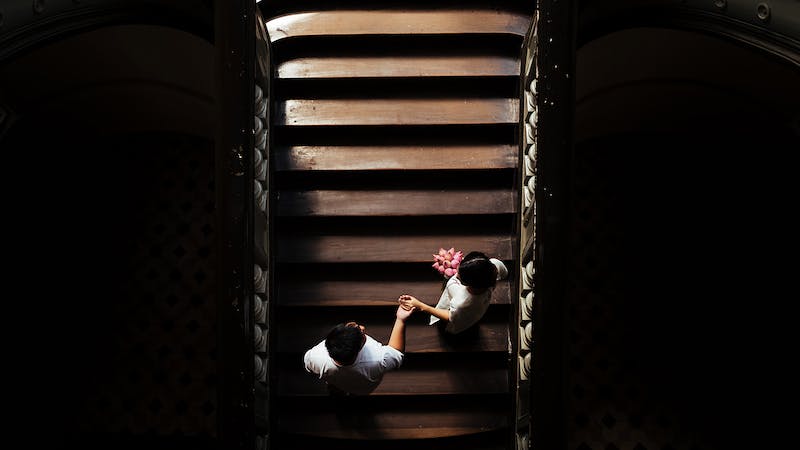 When we flatten distinctions maleness or femaleness we strike at the heart of the created order. Unable to rip the stars from the sky, cover the land with sea, or snuff out the sun and moon, Satan asks, “Male and female? Did God really say?”

What is our response to the blatant (and subtle) attempts to diminish the beauty of male and female? How are we to regain ground lost in an overwhelmingly egalitarian society? Certainly, “we destroy arguments and every lofty opinion raised against the knowledge of God, and take every thought captive to obey Christ” (2 Corinthians 10:5). And so, many of the best minds have fought valiantly.

But we all have work we can do. In addition to formal apologetics, an aesthetic apologetic is to be found in every home that fears the Lord; the happy living out of our creeds. In other words, we give the Bible and we live the beauty. Many rebel against the hypothetical worst-case scenarios of God’s design for male and female because they have not seen many scenarios to begin with. Both judgment and reform begin in the household of God.

We can all fight the androgyny and its downstream sexual confusion of our day by living out the beauty of manhood and womanhood as God designed them. Here are four invitations open to us all.

The Old and New Testaments often speak general exhortations to all Christians alike, but Scripture also gives specific calls to men, women, children, rulers, singles, husbands, wives, and widows. Within marriage, specifically, we dance the dance of leadership and sacrifice, submission and trust, love and respect, praying that its enemies would be won by its beauty, and the world subdued by what it represents: Christ and his church.

2. Savor the Blessing of Children

Children are not just a blessing in Scripture — like God blessing us with a new possession or profession. They are central to humanity’s mission to extend God’s fame throughout his world. God places the man and woman in the garden to be fruitful and multiply and fill the earth and subdue it, and have dominion (Genesis 1:28). This adds the begetting of spiritual children in the new covenant, but does not dismiss the original call to multiply in creation.

How many of us join the psalmist in singing?

Behold, children are a heritage from the Lord,
the fruit of the womb a reward.
Like arrows in the hand of a warrior
are the children of one’s youth.
Blessed is the man
who fills his quiver with them!
He shall not be put to shame
when he speaks with his enemies in the gate. (Psalm 127:3–5)

One of the most basic and worthwhile pursuits in this life is raising children in the discipline and instruction of the Lord Jesus (Ephesians 6:4). The time and demands of child-rearing are not a detour from our real life and purpose. A godly heritage is an enduring legacy. Jesus welcomed the children to come to him (Matthew 19:14). So should we.

When the celebration of children dies, the serpent’s whisper is better heard. When children become a forgotten end (or even inconvenience), sex more readily becomes about us and our desires. We can correct some of our society’s sexual insanity by championing children, especially in a world where some doctors profit on disposing of them.

Many school systems educate boys and girls exactly the same way, to exactly the same ends. Growing up in public school, I am hard-pressed to think of one occurrence of anything but a unisex curriculum.

Consider how much teaching of younger women relates to the opposite sex in Titus 2:3–5:

Older women . . . are to teach what is good, and so train the young women to love their husbands and children, to be self-controlled, pure, working at home, kind, and submissive to their own husbands, that the word of God may not be reviled.

Older women are to teach what is good, and much of what is good for women here is also unique to women, including loving their husbands and children, submitting to their husbands, and prioritizing the home, all that God’s word might not be reviled.

The home and family is the domain where feminine virtue blossoms and shines. From age to age, the duty of the older to the younger remains: encourage purity within her calling as a daughter of God, and train her how to live as a godly wife and mother. In other words, godly women are to teach younger women to be a woman of God, and not a generic child of God.

4. Reject the Battle of the Sexes

God designed male and female to complement each other, not compete with one another. When God made Eve from Adam’s own flesh, he formed her as “a helper fit for him” (Genesis 2:18), not a rival pitted against him. They were to take dominion together, not war against one another.

As a culture, we are often taught to be suspicious of differences. Today, distinction is interpreted as hierarchy. Fairness comes to mean sameness and any deviation from that as an ideal necessitates inequality. But G.K. Chesterton gives a needed word for us today in his short poem entitled, “Comparisons”:

Son Without a Bride

The reason male and female matters is because our triune God, from his free pleasure alone, decided that it was not good for the Son to be without a Bride.

That first wedding, and every real wedding since, has been the dress rehearsal for the marriage supper of the Lamb at the end of time — between one man and one church. History has been a drum roll for the day of this announcement: “Come, I will show you the Bride, the wife of the Lamb” (Revelation 21:9), when the Bride and Spirit call to the Bridegroom, “Come” (Revelation 22:17).

Single but Not Lonely: Living Well While Unmarried – John Lee