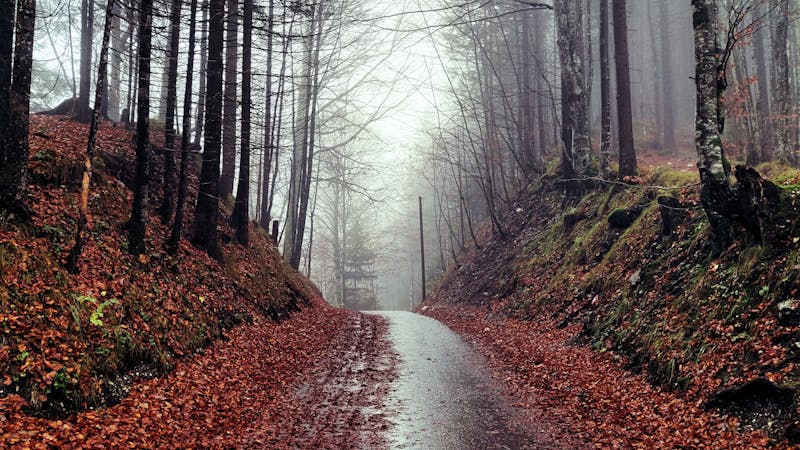 Sometimes I wonder if the apostle Paul might have been a runner.

Running is a curiously common theme in his sermons and letters. He refers to his own life and ministry as running (1 Corinthians 9:26; Galatians 2:2; Philippians 2:16) and describes the Galatians’ (past) faith in similar terms, “You were running well” (Galatians 5:7).

He also asks the Thessalonians to pray for him, “that the word of the Lord may speed [run] ahead and be honored” (2 Thessalonians 3:1). He speaks of human effort and exertion (in contrast to divine mercy in election) as running (Romans 9:16 NASB). He preached in Antioch about John the Baptist “finishing his course” (Acts 13:25), expressed to the Ephesian elders his desire that “only I may finish my course” (Acts 20:24), and wrote in his final letter, “I have finished the race” (2 Timothy 4:7).

While walking serves as his more common image of the Christian life (nearly thirty times in his letters), Paul’s theology had a place for speaking in more intense, even aggressive terms as well — of a kind of athletic capacity in the Christian life, as he wrote to the Corinthians,

Do you not know that in a race all the runners run, but only one receives the prize? So run that you may obtain it. (1 Corinthians 9:24)

Whether Paul was a runner or not, many Christians have testified (myself included) to finding the regular experience of pushing the body beyond comfort to be of value beyond just physical health. Paul, after all, asserts that “bodily training is of some value,” even as he emphasizes that “godliness is of value in every way” (1 Timothy 4:8). And bodily training is all the more valuable when it serves godliness — when lessons learned in pushing the body translate directly into the instincts of a healthy soul.

Lean into the Hill

We each face our own hills each day. It might begin with getting out of bed. It might be initiating a conversation we expect to be difficult. Or starting into work or schoolwork or yard work. We all encounter hills; some more, some less. And when we do, it takes more effort to keep putting one foot in front of the other. Again and again, we face challenges big and small. And when we do, what is our default? Will we keep stepping? Slow down? Stop all together? Or lean in?

Fellow runners might know the feeling. You’re tired but continuing to strain toward the finish. You come upon a hill. Your natural response will be to slow down and slog through it. Stopping to walk can feel tempting. But another mentality is to lean in. Push yourself to get over it. Pummel your body for a purpose, as Paul did (1 Corinthians 9:27). Expend more energy first. Get over the hill sooner, then enjoy the down slope.

Once a runner has learned what rewards lie on the other side of a hill, “leaning in” can become the new default, and become an instinct to develop in the rest of life — learning to press through resistance, rather than backing off as a reflex.

It is human and modern to take the path of least resistance and avoid the hills in life we know we should be climbing each day. This is one reason we can be so easily distracted. It’s not just our latest devices and the savvy attention merchants tricking us into distraction. Deep down we want to be distracted. Humans have craved and found distractions for centuries; the digital avenues for it have simply made distraction even easier. We typically want to avoid what we know we really should be doing because the hills that matter most are the hardest ones to climb.

Here’s where “bodily training” and exercise helps not only the body but the will. Physical exertion can help us develop the mentality to lean into tasks we resist instead of avoiding them and procrastinating — to “take resistance as a spur to action instead of avoidance” (Mark Forster, Get Everything Done, 152).

Instead of automatically slowing down, or turning around, when we come to a hill, we can learn to lean in. Learn to see the right hills as opportunities for fruitfulness, for what really matters — for genuine “productivity” on God’s terms.

Today we are surrounded by a wealth of technologies that condition our souls and bodies to expect comfort, and encourage our minds to go to work calculating easiest means rather than best outcomes. Without intentionality, we will be shaped by our flesh’s path of least resistance rather than the Spirit’s call to bear fruit. If we don’t take deliberate steps to rise above the increasingly low bars of discomfort in our society, we will be pulled down into the pit of lethargy around us. We will become (or remain) modern, soft, increasingly lazy, sedentary, and unproductive.

But in Christ, we have cause to move in another direction — to “not be conformed to this world, but be transformed by the renewal of [our minds]” (Romans 12:2), and bodies. To present them as living sacrifices (Romans 12:1). When in doubt, we don’t want to default to what’s easiest. We want to pursue what’s most important, knowing that such things are typically the most mentally, emotionally, and physically demanding.

Look Through the Hill

One way to learn to “lean into the hill” is to learn to look to the reward. For the runner, it is “the eyes of faith” that fuel us to press harder, when part of us would rather slow down, because we’re looking beyond the hill in front of us. Just a few more minutes, and the hill will be behind me, and I will be happier for having leaned in rather than having given in.

The more we learn to look to the reward on the other side of the hill, the more — strange as it may seem at first — we learn to taste joy even on the upside. Even now. The eyes of faith begin to realize, or taste, in seed form, in the moment of hardship, the joy that is to come. Faith is a tasting now, in the present and its discomforts, of the full reward to come.

Whether Paul made a habit of running or not, he had learned how to lean in. When he met conflict in Philippi, he leaned in, and bade the church do so with him. “It has been granted to you that for the sake of Christ you should not only believe in him but also suffer for his sake, engaged in the same conflict that you saw I had and now hear that I still have” (Philippians 1:29–30). Resistance to the gospel challenged the apostle. But he didn’t back down. He engaged. He leaned in. He continued to run, and invited others to join him.

So too in Thessalonica. Conflict came, and Paul leaned in. “Though we had already suffered and been shamefully treated at Philippi, as you know, we had boldness in our God to declare to you the gospel of God in the midst of much conflict” (1 Thessalonians 2:2). And yet, example though he is, Paul is not the supreme leaner, but his Lord.

Jesus “set his face to go to Jerusalem” (Luke 9:51). Why? “For it cannot be that a prophet should perish away from Jerusalem” (Luke 13:33). This was emphatically not the easiest path but the hardest. The greatest of hills. He would perish, he said, and in the worst possible way: on a cross.

When Hebrews exhorts us to “run with endurance the race that is set before us” (Hebrews 12:1), he also shows us how: “looking to Jesus, the founder and perfecter of our faith,” who leaned in, himself looking to the reward — “who for the joy that was set before him endured the cross, despising the shame, and is seated at the right hand of the throne of God” (Hebrews 12:2).

The resistance mentioned is not the one we might expect: shame. We cringe at even the thought of the physical anguish of the cross. And we should; it was literally excruciating. And yet what Hebrews highlights here is not the physical pain, horrible as it was, but the shame. It was a public, prolonged, naked execution at a crossroads. The unspeakable bodily pain of the cross would have been equaled, if not surpassed, by the shame.

Yet such pain and shame didn’t send Jesus retreating. Rather, he saw the reward on the other side of the shame. Even as such barriers were set immediately before his face, he looked to the joy on the far side, and leaned into the Hill.