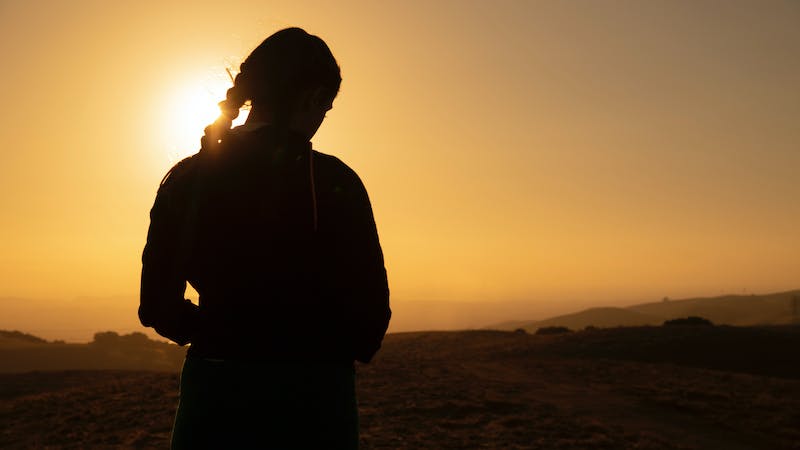 When God looks down at America, does he see a land where ostriches roam?

In Scripture, the presence of ostriches in the land signifies desolation. Their presence in the Prophets is a sign of a barren, uninhabited land: “Wild beasts shall dwell with hyenas in Babylon, and ostriches shall dwell in her. She shall never again have people, nor be inhabited for all generations” (Jeremiah 50:39).

More specifically, the ostrich becomes an emblem for a desert land leveled by judgment. God describes what Edom will be after he visits it with his vengeance: “Thorns shall grow over its strongholds, nettles and thistles in its fortresses. It shall be the haunt of jackals, an abode for ostriches” (Isaiah 34:13; see also Isaiah 13:19–22). Where the ostrich dwells, few men do.

Though the United States does show signs of living under the wrath of God (Romans 1:18–32), ours resembles a land of ostriches due to a different feature of this bird: she is a cruel mother. We live in a land that supports, funds, and legalizes parental cruelty, and calls it a human right. And to normalize it, some, with billion-dollar originations backing them, defend, protest, and even shout their “right” for a mother to become like an ostrich.

The sufferings of Job on the cosmic stage are well-documented for us in the book bearing his name. Toward the end, when God confronts Job with divine thunder and calls him to account (Job 38:3; 40:7), God tours the brilliance of his creation to ask Job where he was when all these were formed. Pausing at the ostrich, the Creator says,

The wings of the ostrich wave proudly,
but are they the pinions and plumage of love?
For she leaves her eggs to the earth
and lets them be warmed on the ground,
forgetting that a foot may crush them
and that the wild beast may trample them.
She deals cruelly with her young, as if they were not hers;
though her labor be in vain, yet she has no fear,
because God has made her forget wisdom
and given her no share in understanding.
When she rouses herself to flee,
she laughs at the horse and his rider. (Job 39:13–18)

As much as we might find various forms of “toxic masculinity” in the animal kingdom, a good candidate for “toxic femininity” is the ostrich. This giant bird cares little for her young. She leaves them to be trampled on. God directs Job to wonder at such unnatural heartlessness. And yet, for the past 48 years in the world of men, the United States, among other nations, has summoned powerful forces to make women just like them. No matter what name you call it — “choice,” “women’s rights,” “reproductive freedom” — abortion fashions women into ostriches. Notice the tragic resemblance.

Unlike the she-bear, whose jealous love is known for mauling anything and everything that endangers her cubs (Proverbs 17:12; Hosea 13:8), the neglectful bird digs a hole and throws her eggs in it, leaving them during the day completely unprotected. “She leaves her eggs to the earth and lets them be warmed on the ground, forgetting that a foot may crush them and that the wild beast may trample them” (Job 39:14–15).

She takes no pains, like other birds, to provide shelter and seclusion. Rather, she plops them on the ground, where any wild beast or human traveler may come by and trample them, or predators take them for a meal.

The leaders of the abortion industry in our land are not content for a woman to merely leave her children exposed — like the ancient Romans who left their babies to perish slowly in the streets. No, they would have her pay for a wild beast to crush them. They don’t afford Moses the chance to even float downstream to an improbable rescue, or leave him in the streets of Rome for a Christian to save. They invite her to hand him to Pharaoh directly and pay for the “services.”

Mothers Who Can’t Recognize Their Young

God created women to be nurturing to their children. They are naturally affectionate and sacrificial with their babies. Even before children are born, mothers give their bodies as a home for them to live in. Then mothers go through incredible pains to bring them into the world, feed them with their own bodies, and watch over them with a special eye of affection and provision the rest of their days. It is a privilege to watch this heavenly flower unfold.

Deprived of that God-given affection between mother and child, “She deals cruelly with her young, as if they were not hers” (Job 39:16). Where is the impulse to care for her young? They simply lie in the hole, strangers to her. “Even jackals offer the breast; they nurse their young; but the daughter of my people has become cruel, like the ostriches in the wilderness” (Lamentations 4:3).

Enter again the so-called liberators of women, pro-choice progressives and radical feminists who would destroy this most feminine instinct. What can be more backward and sinister than bidding a woman to go against her own nature — a nature to care for and protect her young — and to welcome the predator into her own body to “terminate the pregnancy”? Instead of emanating that natural warmth and gentleness with her little ones (1 Thessalonians 2:7), she conspires in their brutal end.

It is no wonder that the jackals and vultures of Planned Parenthood must, with forked tongue, try to soothe her conscience by telling her that the thing inside the egg is not “her young,” but simply a clump of cells. Many find out — heartbreakingly too late — that it was in fact her baby.

Mothers Who Do Not Fear

God has made the ostrich forget wisdom, and banished her understanding. “Though her labor be in vain, yet she has no fear, because God has made her forget wisdom and given her no share in understanding. When she rouses herself to flee, she laughs at the horse and his rider” (Job 39:16–18). She does not fear though her labor pains be in vain. This is her nature. She is a foolish bird of the wasteland. But what of the sons and daughters of Eve?

Endowed with supreme intellect and understanding — made in the very image of God, and handed the light of God’s supreme revelation — women of abortion (and all who encourage them), while claiming to be wise, have become fools, exchanging the glory of the immortal God for that which is not-God. They have become darkened in their understanding, and have been given over to wicked devices, including being “full of . . . murder” (Romans 1:29), and that toward their own children.

And if the modern spirit of radical feminism had its way, she would even laugh at those who try to stop her. The ostrich is a fast bird, faster, in fact, than the horse. When she rouses herself to flee, this eight-foot, three-hundred-pound bird can run over forty miles per hour. Today, a spirit lives that would send competent women sprinting from hearth and home, scoffing at the family — persuaded to end a new life that might slow her down.

Look, then, at the ostrich. Look at this creature who hazards her children with beasts, who fails to recognize her young, who fears neither men nor God. And then consider that millions today are fighting, funding, protesting, and cheering to form women into their image. We live in a land that makes women ostriches.

At the same time, there must be no equivocation: women who procure abortions conspire in murder. Other factors play their part in such wickedness, but none of them justifies the horror of ending a life. “Out of the heart,” Jesus taught, comes murder (Matthew 15:19). “You desire and do not have, so you murder,” reiterated his brother (James 4:2).

Further, none of these factors will be a balm on quiet nights, nor a salve on the day of judgment. Evil women might stand up and herald their abortions now, exclaiming that they feel no shame and neither should you, but these are evil ostriches, bidding you toward unspeakable treachery and, if unrepentant, the condemnation of hell.

Water in the Wilderness

But for such a spiritually dark land, where ostriches roam free — where judges put this darkness for light and the governing authorities call this evil “good” — there is hope, even now, including for those who have already procured an abortion. If your conscience has awoken from its dark slumber to a nightmare of what you have done, read these words from the prophet:

Remember not the former things,
nor consider the things of old.
Behold, I am doing a new thing;
now it springs forth, do you not perceive it?
I will make a way in the wilderness
and rivers in the desert.
The wild beasts will honor me,
the jackals and the ostriches,
for I give water in the wilderness,
rivers in the desert,
to give drink to my chosen people,
the people whom I formed for myself
that they might declare my praise. (Isaiah 43:18–21)

The water in the wilderness, offered to all who have sinned and fallen short of the glory of God, flows from the Lord Jesus Christ himself. He overcomes the judgment we deserve. He meets us — shamed sons and daughters of Adam, brutes and ostriches — and promises that, if we confess our sin, repent, and believe in his death for sinners, he can make the vilest clean and unleash a river in the wastelands of our former idolatries. Deserts can run with rivers, mouths that negotiated abortions can become fountains of praise, ostriches can — and have by the thousands — become daughters of God who were washed, sanctified, and justified in the name of the Lord Jesus Christ and by the Spirit of God (1 Corinthians 6:9–11).

Only in Christ, and yet most assuredly in Christ, forgiveness is enjoyed so that quiet nights and painful memories are ruled by the peace of Christ and the love of God.