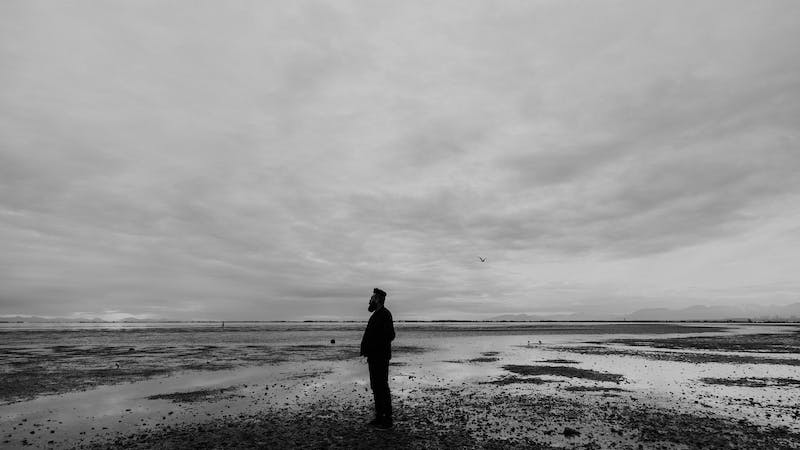 It’s a sweeping claim, but it might just be the kind of overstatement we need today to be awakened from our relentless stream of distractions and diversions. How hauntingly true might it be, that we are unable to sit quietly? Four hundred years after Pascal, life may be as hurried and anxious as it has ever been. The competition for our attention is ruthless. We not only hear one distracting Siren call after another, but an endless cacophony of voices barrages us all at once.

And yet, long before Pascal, Jesus himself modeled for us the very kind of habits and rhythms of life we need in any age. Even as God in human flesh, he prioritized time alone with his Father. Imagine what “good” he might otherwise have done with all those hours. But he chose again and again, in perfect wisdom and love, to give his first and best moments to seeking his Father’s face. And if Jesus, even Jesus, carved out such space in the demands of his human life, shouldn’t we all the more?

We may have but glimpses of Jesus’s habits and personal spiritual practices in the Gospels, but what we do have is by no accident, and it is not scant. We know exactly what God means for us to know, in just the right detail — and we have far more about Jesus’s personal spiritual rhythms than we do about anyone else in Scripture. And the picture we have of Christ’s habits is not one that is foreign to our world and lives and experience. Rather, we find timeless and transcultural postures that can be replicated, and easily applied, by any follower of Jesus, anywhere in the world, at any time in history.

For two thousand years, the teachings of Christ have called his people into rhythms of retreating from the world and entering into it.

The healthy Christian life is neither wholly solitary nor wholly communal. We withdraw, like Jesus, to “a desolate place” to commune with God (Mark 1:35), and then return to the bustle of daily tasks and the needs of others. We carve out a season for spiritual respite, in some momentarily sacred space, to feed our souls, enjoying God there in the stillness. Then we enter back in, as light and bread, to a hungry, harassed, and helpless world (Matthew 9:36).

Quiet Times Without a Bible

Before rehearsing Jesus’s patterns in retreating for prayer and then reentering for ministry, we should observe the place of Scripture in his life.

Jesus did not have his own personal material copy of the Bible, like almost all of us do today. He heard what was read aloud in the synagogue, and what his mother sang, and he rehearsed what he had put to memory. And yet throughout his recorded ministry, we see evidence of a man utterly captivated by what is written in the text of Scripture. And like Christ, we will do well to make God’s own words, in the Bible, to be the leading edge of our own seeking to draw near to him.

Even though Jesus didn’t have his own Bible to page through in his quiet times, let there be no confusion about the central place of God’s written word in his life. He lived by what was written. What an amazing opportunity we now have today, with Old and New Testaments in paper and ink (and with us, everywhere we go, on our phones), to daily give ourselves to the word of God.

How Often He Withdrew

For Christ, “the wilderness” or “desolate place” often became his momentarily sacred space. He regularly escaped the noise and frenzy of society to be alone with his Father, where he could give him his full attention.

After “his fame spread everywhere” (Mark 1:28), and “the whole city was gathered together at the door” (Mark 1:33), Jesus took a remarkable step. He slipped away the following morning to restore his soul in “secret converse” with his Father:

Rising very early in the morning, while it was still dark, he departed and went out to a desolate place, and there he prayed. (Mark 1:35)

What a ministry opportunity he left behind, some might say. Surely some of us would have skipped or shortened our private disciplines to rush and bless the swelling masses. To be sure, other times would come (as we’ll see) when Jesus would delay his personal habits to meet immediate needs. But how many of us, in such a situation, would have the presence of mind, and heart, to discern and prioritize prayer as Jesus did?

Luke also makes it unmistakable that this pattern of retreat and reentry was part of the ongoing dynamic of Christ’s human life. Jesus “departed and went into a desolate place” (Luke 4:42) — not just once but regularly. “He would withdraw to desolate places and pray” (Luke 5:16).

So also Matthew. After the death of John the Baptist, Jesus “withdrew from there in a boat to a desolate place by himself” (Matthew 14:13). But even then, the crowds pursued him. He didn’t despise them (here he puts his desire to retreat on hold) but had compassion on them and healed their sick (Matthew 14:14). Then after feeding them, five thousand strong, he withdrew again to a quiet place. “After he had dismissed the crowds, he went up on the mountain by himself to pray” (Matthew 14:23).

What was written animated his life, and when he withdrew, he went to speak to his Father in prayer. At times, he went away by himself, to be alone (Matthew 14:23; Mark 6:46–47; John 6:15). “He went out to the mountain to pray, and all night he continued in prayer to God” (Luke 6:12). His disciples saw him leave to pray, and later return.

Come Away with Me

Jesus didn’t only retreat to be alone with God. He also taught his disciples to do the same (Mark 3:7; Luke 9:10). In Mark 6:31–32, he invites his men to join him, saying, “Come away by yourselves to a desolate place and rest a while.” Mark explains, “For many were coming and going, and they had no leisure even to eat. And they went away in the boat to a desolate place by themselves.”

So also, in the Gospel of John, Jesus, as his fame spread, retreated from more populated settings to invest in his men in more desolate, less distracting places (John 11:54). In his timeless Sermon on the Mount, Jesus taught all his hearers, including us today, not only to give without show (Matthew 6:3–4), and fast without publicity (Matthew 6:17–18), but also to find our private place to seek our Father’s face: “When you pray, go into your room and shut the door and pray to your Father who is in secret. And your Father who sees in secret will reward you” (Matthew 6:6).

And how today might our Father reward us any better than with more of himself through his Son?

Converse with God in the Quiet

In it all — in receiving his Father’s voice in Scripture, and praying alone (and with company), and at times, when faced with particularly pressing concerns, adding the tool of fasting — Jesus sought communion with his Father. His habits were not demonstrations of will and sheer discipline. His acts of receiving the word, and responding in prayer, were not ends in themselves. In these blessed means, he pursued the end of knowing and enjoying his Father. And so do we today.

We don’t retreat from life’s busyness and bustle as an end in itself. “To sit quietly in a room alone,” in Pascal’s words, is not an achievement but an instrument — an opportunity to open up our lives and souls to him for whom we were made. To know him and enjoy him.

Honor an Old Face: The Lost Art of Respecting Our Elders – Greg Morse