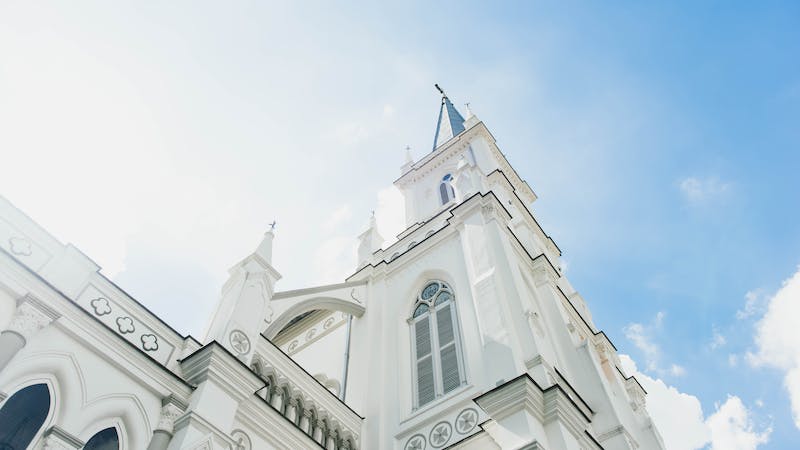 Parachurch ministries, at least as we in the West typically understand them, are relative newcomers in the history of the Christian church. The fact that we label them “parachurch” ministries means that they operate beside — and therefore outside — individual or affiliated church structures.

I will not attempt a comprehensive answer, but I will suggest a way to view the role of parachurch ministries in serving the church Jesus came to purchase and build.

When Peter made the good confession regarding the spectacular truth of who Jesus really is, Jesus said to Peter,

Blessed are you, Simon Bar-Jonah! For flesh and blood has not revealed this to you, but my Father who is in heaven. And I tell you, you are Peter, and on this rock I will build my church, and the gates of hell shall not prevail against it. (Matthew 16:16–18)

What Jesus meant regarding Peter himself has been the topic of much debate across the centuries. But Peter’s role, honored as it was (and still is), was not the big reveal in this moment. The big reveal was what Jesus called “my church.”

The Greek behind our English word “church” is ekklēsia. For first century Greek speakers, this was not a new or unique term. They used it frequently, in fact, in the same ways we use the words assembly or gathering or community or congregation. For example, the city clerk of Ephesus used ekklēsia when describing both the orderly assembly of the Ephesian courts (Acts 19:39) and the riotous assembly of the anti-Christian protesters shouting in the amphitheater (Acts 19:41).

What gave unprecedented significance to the assembly, gathering, congregation, community that Jesus spoke of here was the singular possessive pronoun my — “my church.” This was going to be Jesus’s assembly: his gathering, his congregation, his community. And unlike any other human ekklēsia in the history of the world, Jesus’s ekklēsia would overcome the great judgment of eternal death (the gates of Hades) — for it belonged to Jesus and would be united to Jesus, who said, “Because I live, you also will live” (John 14:19). If death could not hold Jesus (Acts 2:24), neither would it hold his people, his assembly, his church.

Jesus had come to build his church. And to this church, Peter himself writes,

You are a chosen race, a royal priesthood, a holy nation, a people for his own possession, that you may proclaim the excellencies of him who called you out of darkness into his marvelous light (1 Peter 2:9).

Of primary importance in Jesus’s statement to Peter, and indeed the primary focus of the New Testament record, is that Jesus came to redeem, establish, build, and eventually return to collect in full his death-defeating ekklēsia.

What About ‘Parachurch’ Ministries?

In the New Testament, local churches were identifiable assemblies of “saints” (Romans 1:7), bound together by a shared belief in the gospel and its advance (1 Corinthians 15:1–11) and viewing themselves as part of “the household of God” (1 Timothy 3:15), overseen by elders (spiritually mature men of proven character who were “able to teach,” 1 Timothy 3:1–7; Titus 1:5–9), and served by deacons (spiritually mature men and women of proven character who were faithful servants, 1 Timothy 3:8–13).

Something we don’t see in the New Testament, however, are what we call parachurch ministries, Christian organizational structures that are not churches and are not necessarily under the direct oversight of a local church or an association or family of churches (what we in the West frequently call a denomination). The closest thing might be the itinerant missionary bands, like Paul’s, which were not themselves churches. They do appear, however, to be commissioned by churches (Acts 13:1–3), submitted to the apostolic authority that governed churches (Acts 15), and focused on the work of planting new churches — they were integrally connected to the emerging ecclesiastical structures.

Twenty centuries later, the Christian world of our day is filled with a huge spectrum of ministries that aren’t churches and often function independent of any particular church or denomination: missions agencies, campus evangelism and discipleship ministries, relief and development organizations, institutions of higher learning, teaching and resource ministries (like Desiring God), and countless other varieties.

So, if modern parachurch ministries aren’t in Scripture, are they legitimate? The answer is that it depends. It depends on the degree to which a parachurch ministry is consciously and carefully seeking to serve Christ’s church by unburdening local churches so that they can focus on and fulfill their primary callings — perhaps in a somewhat analogous sense to what we see in Acts 6.

Servants of the Church

In Acts 6, the rapid growth and diversity of members in that first church in Jerusalem led to a significant problem: the Greek-speaking widows were being overlooked “in the daily distribution” of provisions (Acts 6:1). The twelve apostles were petitioned to intervene. But recognizing that this need, important as it was, would distract them from their primary calling (Acts 6:4), they told the people to choose seven capable, reputable men who could serve everyone by finding a solution. These seven were the first deacons.

The word “deacon” is from the Greek word diakonos, another very common word, meaning servant. Like those original seven men in Acts 6, formal “deacons” served within the structure of first-century churches in a variety of practical ways that freed pastor-elders to focus on teaching and governing the church.

I don’t have space here to adequately account for the explosion of parachurch ministries over the past two hundred years. Among numerous other factors, significant contributors were the multiplication of denominations that emerged in the wake of the Protestant Reformation, the surge of socioeconomic and cultural forces and values shaped by the emergence of Western democracies, the development of tax codes to encourage faith-based good works, and scientific and technological advances that produced unprecedented levels of specialization in almost every area of life.

But given all these factors (and more), I believe that, in the providence of God, parachurch ministries emerged to do something similar for a plurality of local churches (across denominations and even around the world) to what deacons did (and do) within a local church: they serve churches in a variety of practical ways that allow those churches to focus on and fulfill their primary responsibilities.

Don’t misunderstand: I’m not saying that Acts 6 is a call for the parachurch, but I do see here a possible analog of it. Parachurch ministries should not replace the function of local churches any more than deacons should replace the function of elders. Parachurch ministries should strive to support, partner with, and resource Christians and local churches so that they can focus on and fulfill what God expects of the church.

For the Love of the Church

I say that parachurch ministry can be understood as analogous to the deaconate, but I realize reality is never as neat as the categories we create. All of us can point to parachurch ministries that might function more like a local church than is ideal, some out of necessity and some in inappropriate ways. And even when a parachurch ministry is consciously and carefully seeking to serve Christ’s church, some Christians might sadly choose to use the ministry as a church substitute.

But we at Desiring God — a parachurch ministry — love the church, the bride and body of Jesus Christ. Our aim is to pursue ministry strategies that encourage, equip, support, and strengthen local churches. And except in the very rare cases where there simply is no other option, we do not support anyone’s attempt to replace personal involvement in the life of faithful local churches with our online content or communication.

Jesus will build that church, and the gates of hell will not prevail against her. Through the church, God is unveiling his manifold wisdom to cosmic powers. The church is what Jesus died to purchase, and she is his great love. Therefore, everything that parachurch ministries like ours do must be done for the love of Jesus’s church, local and universal.

How Can I Have a Good Conscience? – John Piper