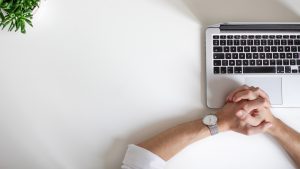 When I was 20, my childhood church changed leadership. Soon, its vision statement changed too. I was across the country in the middle of undergraduate studies in Bible and theology. Out of what I saw as the infinite resources of my leadership experience, I generously offered my wisdom and wrote a letter to the new lead pastor.

I’m still embarrassed by that letter.

The pastor never responded, but I’m guessing he never forgot it. I’ve never been able to create a relationship with him, and it seems he intentionally kept me at arm’s length after that letter. I don’t blame him.

Twenty years later, I’m sometimes on the receiving end of such messages. Throughout the COVID-19 crisis, I received more feedback than in any other season of ministry. And I’ve learned that every letter is an opportunity for me to grow in wisdom and humility. But every message also takes an emotional and spiritual toll.

All this has prompted me to reflect on that embarrassing letter, and how I might do things differently now. Paul tells Timothy elders are “worthy of double honor” (1 Tim. 5:17). How do we show double honor to our pastors when we think we should offer criticism?

Here are three questions I wish I would’ve asked myself before sending that letter.

1. How close is your relationship?

I was merely an acquaintance to that pastor. Was it wise for my first substantive communication with him to be criticism?

I’ve preached sermons and had congregants I don’t know come up later and offer no comment other than to correct something I misspoke. As a pastor, I’m in an awkward position. I want to receive criticism well, but more importantly, I want to get to know them.

You and your pastor are part of a local body together, and God intends for you to have a strong relationship to the greatest degree possible—probably more difficult in larger churches. Trust is necessary for any healthy relationship. Criticism without relational context makes building a relationship challenging. You’re no mere customer at his church, but a partner in God’s mission. Your first aim isn’t to improve your church’s product, but to develop relationships.

The less you know your pastor, the less criticism you ought to share. Before criticizing, I’d suggest getting to know your pastor: encourage him, and ask how you can pray for him.

Counselor Henry Cloud says that in healthy relationships a minimum of five meaningful encouragements are shared for every one criticism. Before you fire off that email, step back and ask yourself: Have I praised the pastor five meaningful times? The Facebook “thumbs up” or that time in February you said “nice sermon” on your way out the door doesn’t count. He probably doesn’t remember it. Think of ways people have gone above and beyond to encourage you, and consider how you might similarly encourage your pastor.

Let him know that you’re for him. Serve in the body. Invest in God’s mission at your church. Then, when you offer critique it’ll be done in the context of a relationship where your pastor knows you’re in his corner.

2. How serious is the issue?

This question requires a high level of self-awareness. I wrote my letter because I genuinely thought the issue was serious. In retrospect, it wasn’t as grave as I thought.

Criticism will never convince a pastor you’re someone to be trusted.

Check yourself. If you’re upset by a new ministry or by your pastor wearing a T-shirt or by his perspective on a text, check and see if any other reputable sources have launched that questionable ministry, have such a casual style, or have that perspective on that text. Start with the assumption that other reputable leaders may be in his camp. The issue probably isn’t as serious as you think.

Don’t check the issue’s threat leave by taking it with your small group or friends at church. That’s gossip and will only create division.

3. Are you trying to prove you’re smart?

Oof. My 20-year-old self needed this check. I wouldn’t have agreed then, but undoubtedly part of my motivation for writing the letter was to prove my theological mettle to my new pastor. I was hoping his respect for me would increase.

Criticism will never convince a pastor you’re someone to be trusted. Some of the most dangerous people in a congregation are those whose theological knowledge surpasses their character. I’ll take a thousand theological simpletons who reflect Christ’s heart before I’ll take one arrogant theological genius.

To be a Westerner today is to be suspicious of authority and chafe at those who wear the mantle. But the picture of the believer in the New Testament is leaders serving and those under leadership honoring both their leaders and each other. “Outdo one another in showing honor” (Rom. 12:10).

Not a word here ought to be twisted to protect pastors who’ve used their authority for selfish gain or to crush those under their care. Every leader can grow from criticism, no matter the source or intention. It’s my responsibility to humble myself and grow from every critique.

But that doesn’t let the critic off the hook. In 1 Thessalonians 5:11, Paul exhorts:

Therefore encourage one another and build each other up, just as in fact you are doing.

Similarly, the writer of Hebrews says:

I pray the way I lead—and follow—would be characterized by encouragement, not criticism. In so doing, I can build up those around me and honor the source of every encouragement: Jesus Christ.