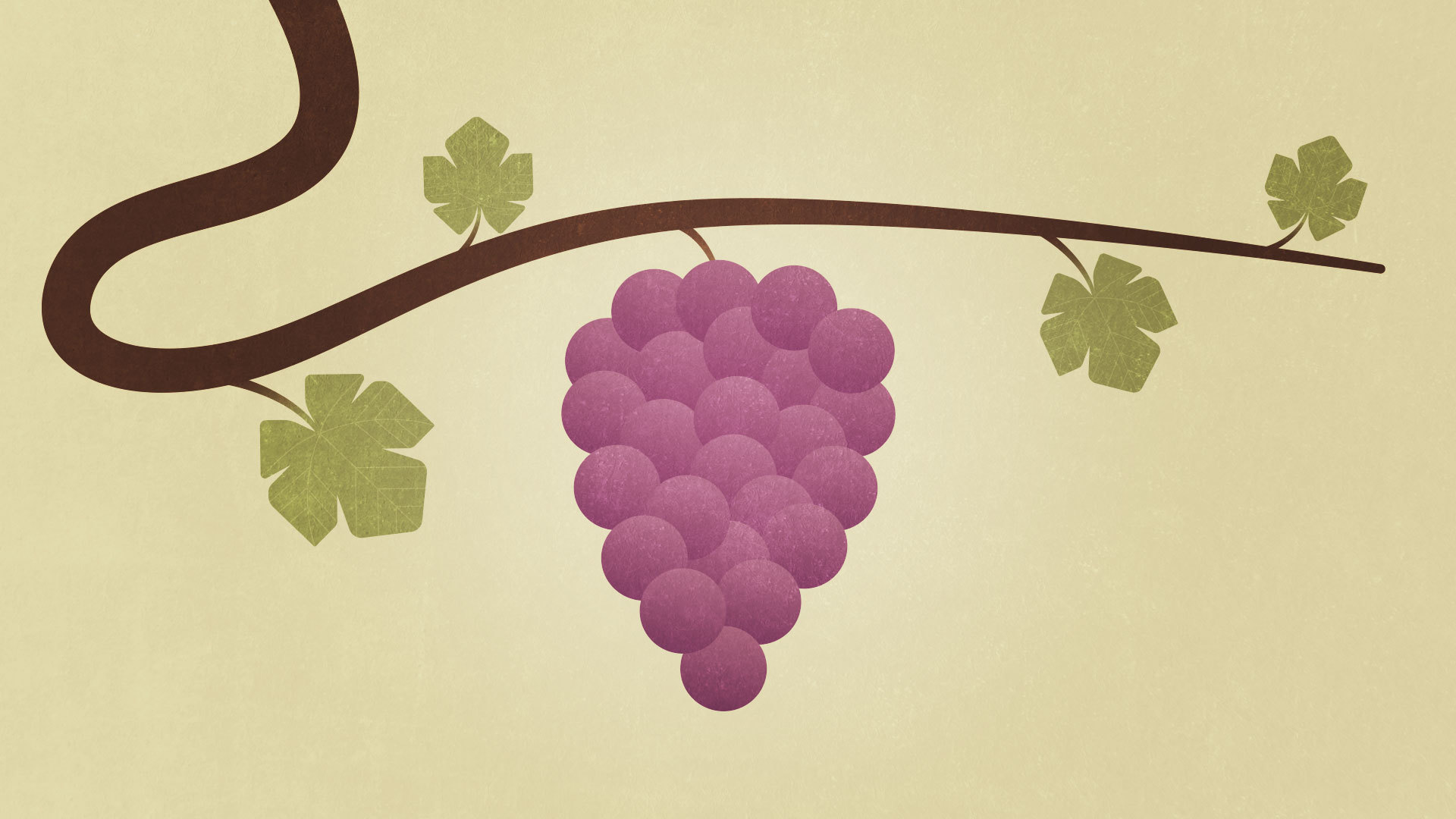 Growth in personal holiness is largely determined by our progress in self-discipline. Without this foundational discipline, there can be no advancement in grace. Before other disciplines can be administered, whether in the home, business, or church, there first must be self-discipline.

Admittedly, personal discipline is not a popular subject today. In our society, any insistence upon self-discipline is largely resisted, even among many Christians. Legalism, they cry, defending their rights of Christian liberty. These free-spirited believers maintain that discipline restricts their freedom in Christ, binding them in a spiritual straightjacket.

But many of these believers have so abused their freedom in Christ that they have virtually no spiritual discipline. They have swung the pendulum so drastically toward Christian liberty that their spiritual lives are out of balance. Such neglect of self-discipline prolongs their spiritual immaturity, leaving them with little self-control to resist temptation and sin.

The Greek word translated “discipline” (enkrateia) comes from the root krat, which denotes power or lordship. Self-discipline means to exercise power over one’s self. It is the ability to keep one’s self under control. The word indicates self-mastery over one’s inner desires, thoughts, actions, and words. It is the control a believer must exercise over his life (Gal. 5:23).

This same word is used in 1 Corinthians 7:9 to indicate the “self-control” one must show over unlawful sexual desires. Likewise, elders must be “self-controlled” (Titus 1:8), disciplined in their inward attitudes and outward actions. Mastery of self is non-negotiable for spiritual leadership.

The opposite of self-discipline is a self-indulgent lifestyle that produces “the works of the flesh” (Gal. 5:19-21). Any lack of self-control will inevitably result in sinful deeds. But where self-mastery exists, there is a strong resistance to sensual appetites and sinful choices. Self-rule brings every thought, word, and deed captive to the obedience of Christ (2 Cor. 10:5). Any advance in personal holiness demands self-control.

What Self-Discipline Is Not

In the fourth century, a British ascetic named Pelagius (AD 354–420) taught the fatal error that man has the inherent ability to both save and sanctify himself. By a person’s sheer force of will, he claimed, he is able to accomplish the divine will. By this, Pelagius denied original sin and the total depravity of mankind. The mere knowledge of the divine law, he insisted, is all that is needed. By his own free will, man may discipline himself by self-determination.

Pelagius was denounced as a heretic by the Council of Carthage for this fatal teaching (AD 418). Tragically, however, Pelagianism remains with us. Many today falsely assume that they can simply will themselves to be whatever they want to be. This mindless mantra is found in today’s self-help movement and prosperity gospel, chanting, “What the mind can conceive, the will can accomplish.” The ability of self-discipline, they claim, is within us.

A second erroneous view is semi-Pelagianism. This syncretistic approach assumes that man has some ability to save and sanctify himself. A person must supply his willpower in partnership with God. In this joint venture, God and man are co-contributors to self-discipline. God gives a measure of grace, but man supplies the rest.

Semi-Pelagianism is only half-Christian. This compromising position was likewise declared heretical by the Western Church in the Second Council of Orange (AD 529). Yet tragically, this tainted legacy remains to this day in the man-centered theology of Arminianism and in the pragmatic methods of Finneyism.

Instead, the truth was taught by another fourth century teacher named Augustine (AD 354–430). This gifted leader asserted that God is the sole author of man’s salvation and sanctification. By His sovereign grace, God monergistically regenerates spiritually dead sinners.

Every Christian is responsible to pursue holiness, yet God must work within us to produce personal godliness (Phil. 2:13– 14). Augustinian teaching rightly understands that only God can produce authentic self-discipline in the believer.

This virtue of “self-control” is a fruit of the Spirit (Gal. 5:22–23). As a vine produces fruit, self-discipline is created exclusively by the Spirit. Self-control is never self-generated; rather, it is a work of grace within us. Though we are active in practicing it, we simply bear this fruit of self-discipline. We never produce it.

Jesus maintained, “Apart from Me, you can do nothing” (John 15:5). In our own willpower, we cannot do anything that pleases God. Only by God’s enabling grace can we exercise self-control in our ongoing war against sin. The Apostle Paul affirms, “I can do all things through Christ who strengthens me” (Phil. 4:13). That is, Christ must be mightily working within us.

As sap flows into the branch, producing fruit, divine grace must fill the believer, producing self-control. The self can never produce self-discipline. Only as Christians live under the Holy Spirit’s control can they live self-controlled lives.

In Galatians 5:22–23, we read that there are nine aspects of the fruit of the Spirit. Self-discipline appears last on the list. By occupying this final position, self-discipline assumes a place of strategic importance. In reality, self-discipline is the summation of the previous eight qualities that the Spirit produces. The work of the Spirit reaches its consummation in self-control. This virtue enables us to realize every other aspect of spiritual fruit.

The Apostle Paul compared the self-discipline required in Christian living with an athlete training for and competing in the ancient athletic games: “Everyone who competes in the games exercises self-control in small things” (1 Cor. 9:25). If a runner would win the prize, he must bring his entire life under the strict discipline of rigorous training. The strenuous workout of the athlete demands that he seriously restrict his personal liberties. If he is to be victorious, he must refuse many individual freedoms. Liberties are largely for spectators, not a champion athlete. He must pursue a proper diet, sufficient rest, and arduous drills. Every area of his life must be brought under control.

So it is in the Christian life. Paul urges, “Train yourself for godliness” (1 Tim. 4:7). To pursue holiness, a believer must hear biblical preaching and teaching, and participate in corporate worship, the Lord’s Supper, Bible reading, meditation, prayer, and fellowship. Further, he must deny many legitimate pleasures if he is to win the prize.

This kind of self-discipline is a rebuke to half-hearted Christians who do little to train for spiritual victory. They are out-of-shape believers with flabby faith. They are spiritual couch potatoes with bulging spiritual waistlines. Their lifestyle is self-indulgent due to their lack of self-control.

Paul adds, “I box in such a way, as not beating the air” (1 Cor. 9:26). A champion boxer must have a clearly-focused aim in the ring. But an undisciplined fighter throws wild punches, never landing a blow on his opponent. An undisciplined believer suffers great defeats in his bout against sin. To the contrary, a believer must live with self-control in fighting against sin.

A champion athlete must beat his body into submission. If not, he will be disqualified from the race. Paul warns: “But I discipline my body and keep it under control, lest after preaching to others I myself should be disqualified” (v. 27). The Apostle urges us to discipline our bodies and resist sinful desires. If we do not, we will forfeit the prize.

What Is the Price?

Believers have liberty in Christ to pursue what is not forbidden in Scripture. But we cannot afford for anything to gain mastery over us. Victory always comes at a price. The Christian life is no different.

This necessitates that we exercise self-discipline in areas like food, drink, sleep, time, and money. We must exercise self-control in the entertainment and recreation in which we engage. We must restrict our liberties in whatever would hinder us from winning the prize.

See What Your Support Has Enabled in 2021

How Should We Then Worship?

Save Up to 80% on Trusted Resources