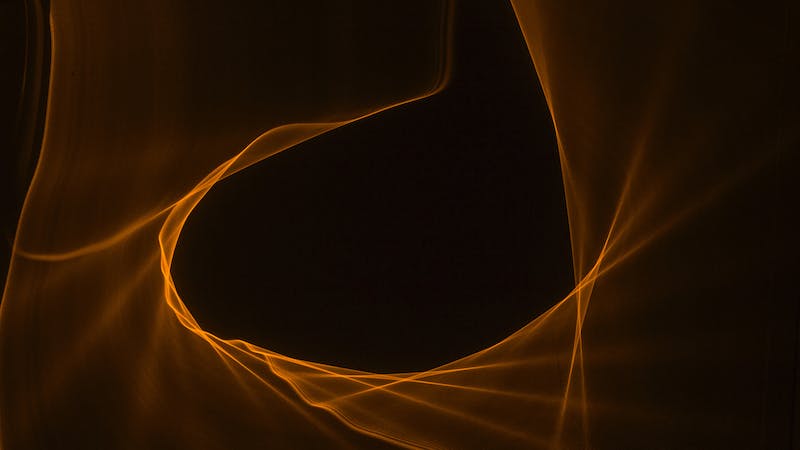 On the night of his betrayal and arrest, the eve of his crucifixion, Jesus uttered a sublime faith-filled prayer to his Father in heaven. In addition to covering transcendent topics, such as God’s glory in election and his own obedience in achieving salvation, Jesus petitioned his Father repeatedly for one seemingly simple yet profound reality: Christian unity modeled after the Trinity. He prayed, “Keep them in your name, which you have given me, that they may be one, even as we are one” (John 17:11). Unity was so important to Jesus that he repeated this request three more times in the prayer (John 17:21–23).

Puritan pastor Anthony Burgess rightly asks, “If the words of a dying man are much to be regarded, how much more of a dying Christ?” As Christians struggle to find peace in the midst of challenges both within our hearts and in our world, we need once again to listen to and learn from not only the words of his prayer, but also from the death and resurrection that made this prayer possible. For Christ didn’t just pray these words; he achieved the possibility of a new humanity, unified and one, through his sinless life, sacrificial death, and glorious resurrection.

Could there be true unity among Christ-followers, regardless of race or ethnicity? The apostle Paul believed so, as he saw the vital connection between believers’ justification by faith alone and their unity with one another, whether Jew or Gentile, slave or free.

Christians in the Reformed tradition are well-versed in themes related to justice. After all, one of the major turning points in the history of Christianity centered on the idea of how one can be considered just or righteous before a holy God. During the Protestant Reformation, several rallying cries became the heartbeat of this movement: Scripture alone (sola Scriptura), Christ alone (solus Christus), grace alone (sola gratia), faith alone (sola fide), and to the glory of God alone (soli Deo gloria). But no doctrine was more central and more debated than sola fide, or the idea that we can be declared just before God because of the righteousness of Christ imputed to us, received by faith alone, not works.

The Bible teaches that all people will be called to account before God. Everything we’ve ever thought, said, or done will be laid bare before the Judge of the whole world (Romans 2:6–8; 2 Corinthians 5:10). And in that divine courtroom, everyone will hear one of two verdicts: guilty or not guilty. The problem, however, is that all are cursed and condemned because of their sin. The apostle Paul reminds us of the universality of sin: “What then? Are we Jews any better off? No, not at all. For we have already charged that all, both Jews and Greeks, are under sin, as it is written: ‘None is righteous, no, not one’” (Romans 3:9–10). How then can Jews or Greeks, Americans or Koreans, walk away from this curse and judgment? The answer lies in the doctrine of justification.

Righteous in His Sight

The Westminster Shorter Catechism provides this succinct yet robust definition of justification: “Justification is an act of God’s free grace, wherein he pardons all our sin, and accepts us as righteous in his sight, only for the righteousness of Christ imputed to us, and received by faith alone” (Question 33). In other words, when a guilty sinner stands before God, he can be declared “not guilty” when another man stands in his place and offers the perfect righteousness that God requires.

This perfect God-man is Jesus, who through his fully obedient, sinless life earned righteousness. Yet, he suffered our penalty on the cross, dying in the place of sinners. Those, then, who look to Jesus in faith, trusting in him as their probation-keeper and penalty-payer, are declared righteous. This is why Paul can say that Jesus’s death “was to show [God’s] righteousness at the present time, so that he might be just and the justifier of the one who has faith in Jesus” (Romans 3:26). Indeed, justification is by grace alone, in Christ alone, through faith alone.

In other words, the Reformers, taking their cue from the apostle Paul, believed that sinners, estranged from a righteous God, can receive full acceptance by faith alone, whether they be Jew or Gentile, slave or free. Therefore, as Paul shows in passages such as Romans 3 and Galatians 3, justification is indispensable not only to the gospel itself, but also to Christian unity. Learning about the doctrine of justification helps us see how Christ’s work and our faith in his work lead to ethnic harmony: one race united to Christ and, thus, to one another. The doctrine of justification is the foundation and the fuel for a unified new humanity.

United to Christ and One Another

In Paul’s mind, the division that existed between Jews and Gentiles in the Christian church was of utmost importance. He knew that unity in Christ required unity through Christ. After stipulating that all humans share a common universal problem — the reality of sin and lack of righteousness (Romans 3:9–11) — he tells these early Christians that a righteousness outside of the law and outside of themselves is available to all by faith (Romans 3:21–22; 28). Anyone can be justified by God, regardless of racial or ethnic heritage; God’s free gift of justification is available to all. A new, united humanity made up of all tribes, peoples, and tongues is being formed by the God-man Jesus Christ.

God’s plan of salvation, once seemingly reserved for those with Israelite blood, was being thrown open to include those with other bloodlines. What many did not realize was that this method was part and parcel of God’s mission from the beginning of time. Paul recognizes the scope of God’s redemptive plan when he writes, “We hold that one is justified by faith apart from works of the law. Or is God the God of Jews only? Is he not the God of Gentiles also? Yes, of Gentiles also, since God is one — who will justify the circumcised by faith and the uncircumcised through faith” (Romans 3:28–30). As there is no distinction for those who need grace by faith, there is no distinction for those who receive grace by faith.

This is not just a biblical and theological truth; it is a pastoral and practical one. When Christians realize that Christ is building a new humanity by uniting to himself those who believe in his justifying work, they will see that they are spiritually united to one another. God’s children would then be numbered by those who have faith in Christ, not by those who have lineage in Abraham. In fact, writing to the Galatians, Paul would state this startling truth: “It is those of faith who are the sons of Abraham” (Galatians 3:7).

These Gentile Christians in Galatia can count themselves part of Abraham’s spiritual family. They have been united to the spiritual family of God because of the achievements of Christ’s work that they received by faith alone.

This gospel reality then becomes the foundation and the fuel to follow in Christ’s steps. Having been justified by the righteousness of Christ, his followers now pursue righteousness, peace, and unity. This is Paul’s argument in his letter to the Romans. After clarifying the universality of sin and justification, he exhorts them later in his letter to

present your bodies as a living sacrifice, holy and acceptable to God, which is your spiritual worship. Do not be conformed to this world, but be transformed by the renewal of your mind, that by testing you may discern what is the will of God, what is good and acceptable and perfect. (Romans 12:1–2)

What does this look like? In addition to using our unique gifts to serve the church, Christ-followers are called to display the countercultural marks of those united to Christ and to one another. Paul says as much in the rest of Romans 12 (especially verses 14–21). The reality of our union with Christ and the resulting unity we have with each other allow us to do Christlike deeds. We can bless those who slander and insult us. We can rejoice when justice is done but also weep when our fellow Christians (of whatever ethnicity) suffer. We can forsake the wisdom of the world, which so easily polarizes us and often serves our pride. We are those who prize peace, in the church and in the world, because we have peace with God.

A Rest for Any Restlessness – Scott Hubbard