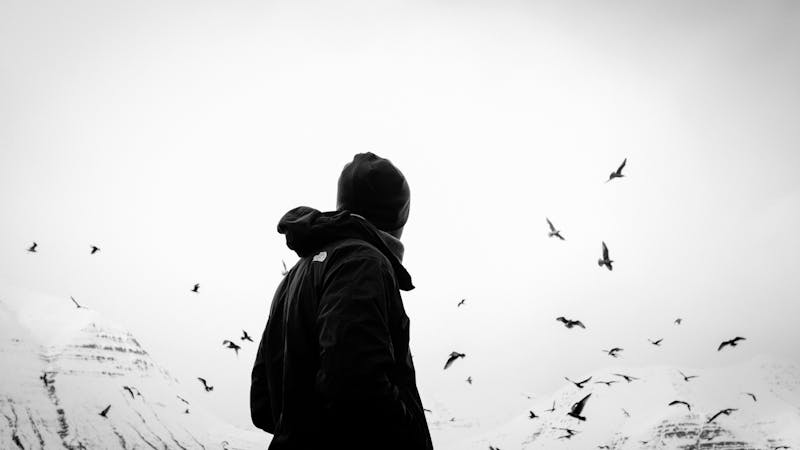 Chuck Swindoll tells the story of a man who was hunting deer in the Tehama Wildlife Area of Northern California. As he climbed through a rocky gorge, he lifted his head to look over a ledge and saw something move next to his face. Before he knew it, a rattlesnake struck, just missing him. The strike was so close, however, that the snake’s fangs became snagged in the neck of his sweater.

As the snake coiled around the man’s neck, he grabbed it just behind its head. A mixture of hissing and rattling filled his ear as he felt warm venom run down his neck. He tried to dislodge the fangs from his sweater but fell backward and slid down the embankment. Using his rifle, he untangled the fangs, freeing the snake to strike repeatedly at his face. The man later explained, “I had to choke him to death. It was the only way out” (The Quest for Character, 17–18).

When you face temptation, you enter a battle even more dangerous than having a rattler striking at your face. The Scriptures liken Satan not only to a snake but a crouching lion who is provoking passions within us that war against our souls (Genesis 3:1–6, 4:7; 1 Peter 2:11; 5:8). We must choke temptation to death. It is the only way out.

What follows are four ways to fight when temptation strikes.

As the dark hour of temptation fell upon Jesus’s disciples, he told them twice to “pray that you may not enter into temptation” (Luke 22:40, 46). He knew the pressure they were about to face, and so he reminded them, “The spirit indeed is willing, but the flesh is weak” (Matthew 26:41).

If Jesus told his disciples to pray before temptation comes, how much more do we need to pray once it arrives? When temptation calls, you must pray. You need divine intervention to deliver you from the venom of the tempter. You do not need elaborate prayers, just desperate prayers delivered in faith. The Scriptures provide an abundance of examples:

Prayer lifts our eyes off of sin’s disorienting offer and places them on Jesus. Through prayer, we “resist the devil” and “draw near to God” (James 4:7–8). Through it, we confess our desire to sin and plead for help to resist it. We ask God to give us strength to choke out the temptation so that sin cannot strike us. When you are tempted, pray to God. He is the one who helps us and will keep us from falling (Psalm 121:3).

Joseph was handsome, and his master’s wife took notice. As lust burned in her heart, she offered him an opportunity for a secret affair. But Joseph resisted. He was loyal to his master and, beyond that, said, “How can I do this great wickedness and sin against God?” Yet her advances continued “day after day” until she finally cornered him alone. She seized him by his garment and said, “Lie with me.” Rather than entertain her offer, “he left his garment in her hand and fled and got out of the house” (Genesis 39:6–12).

Joseph ran because he had no other option. He knew he was too weak to resist temptation as long as he was alone with his master’s wife. So, he choked the temptation — not by staying and fighting, but by fleeing. We must do the same. When temptation corners you, don’t flirt with it — flee from it.

Sin wants to convince you that one more click online, or one more minute on the couch, or one more round of inappropriate conversation is manageable. But entertained temptation is like kryptonite to our sinful flesh. The longer we let it linger, the weaker our resolve becomes.

This is why Paul told Timothy to “flee youthful passions and pursue righteousness” (2 Timothy 2:22). Do whatever is necessary to get away from what is tempting you. Close the computer. Delete the app. Turn off the phone. Run outside. Get in the car and drive. Do whatever you need to do to flee the voice of temptation.

Emily felt overwhelmed by temptation’s onslaught. Being alone in her house for the weekend offered so many ways to sin. But rather than fight alone, she called a sister from church. She explained how weak she felt and asked for help. Her friend told her to pack a bag and stay with her for the weekend. Emily agreed and, with her friend’s help, avoided Satan’s snare.

You cannot fight sin by yourself. God commands us to “exhort one another every day, as long as it is called ‘today,’ that none of you may be hardened by the deceitfulness of sin” (Hebrews 3:13). Sin assures us that asking for help is weak, shameful, and unnecessary. But this is just one more lie from Satan, who is “a liar and the father of lies” (John 8:44).

When temptation strikes, reach out to a friend and plead for help. Do not make excuses. Send a text, or make a call immediately. Tell your friend that you need help. Say something like, “Would you pray for me? I’m feeling weak toward temptation, and I need your help.”

Sin cannot live in the light. Drag the temptation into the light of fellowship, and enlist others for help. If the person you called doesn’t take you seriously, plead more urgently, or call someone else. Don’t give into discouragement. Keep fighting, but don’t fight alone.

When I was young, my father and I often took walks in the woods near our house, which were known to be inhabited by poisonous snakes. During our first walk, he taught me an important lesson: when you come to a fallen tree on the path, step on it, and then step over it. He explained that snakes often rest under trees, so if we stepped right over a tree, we might startle the snake and get bitten. But if we stepped on the tree and then over it, we’d create enough distance to evade the strike of most snakes. Today I can’t walk along a path in the woods without remembering this lesson.

Avoiding a snake’s strike once is good. Developing a pattern to avoid strikes is even better. We cannot, of course, keep the tempter from tempting, but we must develop a plan not to go near his den (Proverbs 5:8). Over the years, I have developed an intentional plan to “make no provision for the flesh” in order to guard my walk with Jesus (Romans 13:14).

Jesus exhorted us to cut off whatever might lead us to sin against God (Matthew 5:28–30). Over the years, I have set up numerous barbwire-like protections to make acting out sinful desires difficult. I encourage you to grab a friend, and develop a similar strategy. The following questions might help you get started.

God rarely touches our lives in such a way that we stop loving some long-ingrained sin immediately. But as we fight sin and pursue him, he changes our affections. We begin to love what he loves, and hate what he hates. Our confidence in willpower fades, and our hope focuses on Jesus, who was tempted and yet resisted in all the ways we have not (Hebrews 4:15).

You will not regret resisting sin. You will regret giving in. Choke temptation by taking refuge in Jesus and the means of grace he provides: pray to God, flee the scene, call a friend, and make a plan. As you begin to fight afresh, remember that what sin promises so much now will only steal your joy in God.

Healthy Pastors Have Emotions: How to Test and Cultivate Your Feelings – Darren Carlson