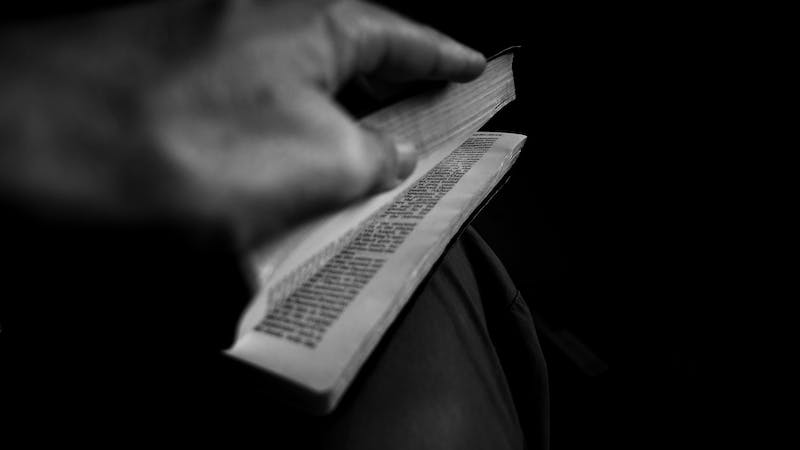 The message of the preacher, the herald, is not merely a body of facts to be understood. It is a constellation of glories to be treasured. It is, at times, a tempest of horrors to be fled. Any thought that the message of a preacher could be delivered as a detached explanation fails to grasp the significance of Paul’s use of the phrase “Herald the word!” Or, “Preach good news!” Or, “Proclaim Christ.” Preaching is both accurate teaching and heartfelt heralding. It is expository exultation.

To see the weight and wonder of this calling to herald God’s word, consider the most amazing command in the Bible to preach the word. I say “most amazing” because there is nothing quite like it anywhere else in Scripture. I am referring to 2 Timothy 4:1, which forms the introduction to the command “preach the word” (2 Timothy 4:2). I am not aware of any other biblical command that has such an extended, exalted, intensifying introduction (though 1 Timothy 5:21 comes close).

Paul introduces the command “preach the word” in verse 2 with five preceding intensifiers. Each of them is chosen to strengthen and deepen and heighten the importance of the command to preach. I doubt that anyone has ever overstated the seriousness that Paul is seeking to awaken here.

I charge you
in the presence of God
and of Christ Jesus,
who is to judge the living and the dead,
and by his appearing and his kingdom: preach the word.

The word is testify with a prefix that intensifies it and adds weight (diamarturomai). Keep in mind that Paul is setting up a command to preach. Yet he uses the word “solemnly testify” for his own exhortation. What does it mean to say, “I solemnly testify . . . preach the word”? Notice that he does not say, “I solemnly command . . . preach the word.” The word testify seems to imply that he is speaking in a court setting with huge things at stake. Testify suggests that he has seen something, or heard something, and is not merely speaking his own opinion. He is testifying to something he has seen or heard. And that encounter of seeing or hearing has sobered him in such a serious way that this litany of intensifiers is the result.

‘In the Presence of God’

‘And of Christ Jesus’

“I testify to you in the presence of God and of Christ Jesus . . .” Adding Christ Jesus to the attendants at this solemn testimony to preach the word does not increase the authority. There is no authority higher than God. But it does multiply the persons who have a massive stake in what preaching is about. God is the author of the word to be preached, and Jesus Christ is the center of its story. If you are going to sober Timothy as you command him to preach the word, tell him that the command is being delivered in the presence of the author and the subject of all preaching — indeed all reality.

‘Judge of the Living and the Dead’

“I testify to you in the presence of God and of Christ Jesus, who is to judge the living and the dead . . .” Of the hundreds of things Paul could have said about Jesus, he says this: Jesus is to judge the living and the dead. Why? The point seems to be that when it comes to preaching, the stakes are raised higher than any rewards or threats in this life. In preaching we are dealing with persons and realities that are vastly greater than this world. Their existence and their rewards and punishments exceed this life.

Christ is active in this world, governing the living. And Christ is — and always will be — active beyond this world, dealing justly with those who have died. This glorious person is unavoidable in life and inescapable in death. Everyone meets him as judge sooner or later. These are the great matters of preaching. Paul wants us to feel this weight.

‘By His Appearing and His Kingdom’

and by his appearing and his kingdom . . .

“I charge you in the presence of God and of Christ Jesus, who is to judge the living and the dead, and by his appearing and his kingdom . . .” Five of the six uses of the word appearing (epiphaneian) in the New Testament occur in the Pastoral Epistles. The word refers at least once to the historical appearing of Jesus in the incarnation (2 Timothy 1:10) and at least twice to the future second coming of Christ (1 Timothy 6:14; Titus 2:13). The other two could go either way, including this text (2 Timothy 4:1, 8). Perhaps the ambiguity is intentional. Do you love his appearing (past and future, 2 Timothy 4:8)? And do you feel the weight, for preaching, of the appearing of God himself in history (past and future)?

That is to say, “Preacher, keep this in mind: you herald the word of the coming King of the universe” — the one who came once not to judge but to save (John 3:17), but now will come to judge. In these days, when you are called to preach (between his two appearings!), he may seem distant because he does not appear. But I am telling you to preach knowing this — never forgetting this — he has appeared, and he will appear.

And when he does return, he will be King, and his kingdom will be openly established. No longer will he say, “My kingdom is not of this world” (John 18:36). He will reign openly and unopposed. All his opponents will be cast into outer darkness (Matthew 22:13; 25:30). No more will they be a factor. And all the truth you ever preached will be publicly vindicated, and all those who have turned away with itching ears will be put to shame.

Therefore, Timothy, once more, “I solemnly testify to you in the presence of God and of Christ Jesus, who is to judge the living and the dead, and by his appearing and his kingdom: preach the word.” That kind of extended, exalted, intensifying introduction to the command to preach the word is extraordinary. Therefore, preaching — clarifying and heralding, expository exultation — is of extraordinary importance.

If God has called you to preach, the task, of course, is humanly impossible. Preaching is worship. And preaching aims to awaken worship. Both worshiping and awakening worship are miracles. They are not mere choices. You cannot worship at will any more than you can be thrilled at will. It is a work of God, opening our eyes to the ultimately thrilling.

But he who called you is faithful. He will do it. I testify from forty years in the ministry of the word, through the best and the worst of times, God loves to help the preacher who is desperate to make the word plain for the holy happiness of his people, by the blood of Jesus, for the glory of God. He will help you.

Awesome and Fearsome: God’s Majesty in the Eyes of His Friends and Foes – David Mathis