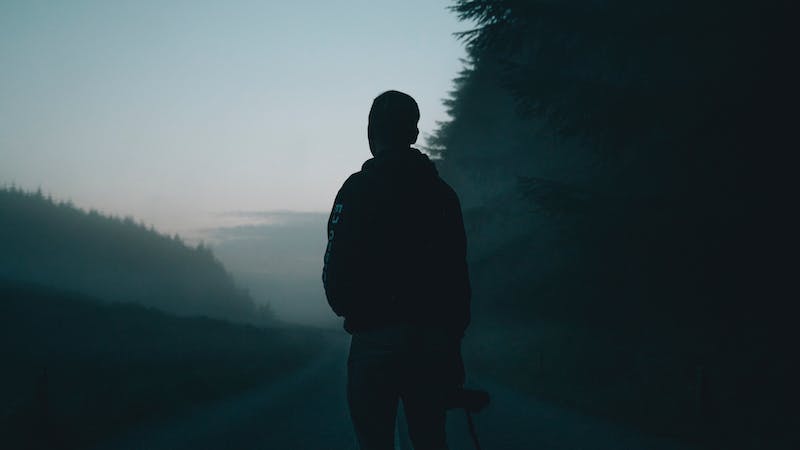 It was the boy’s first day of junior high. All was going well until three older kids took his lunch, ruffled his hair, and stuffed him in a locker. They snarled at his squeals and high-fived one another as they walked away. What the bullies didn’t know, though, was that the kid in the locker was the little brother of the football team’s starting middle linebacker.

After lunch, the boy told his brother what happened. His brother looked him in the eyes. “Let’s go.” As the boy came to his locker, the bullies were waiting for him, grinning. But he hadn’t come alone this time. He came in the strength of his older brother. That was the last day they messed with him.

As Christians, we have a dangerous adversary. We face something far scarier than getting stuffed in a locker. Our enemy wants to devour our faith and drag us to hell.

So, when the apostle Paul instructs the Ephesian church about spiritual warfare, he begins by exhorting them not to go into the battle in their own strength. He reminds them of their Elder Brother. He says, “Finally, be strong in the Lord and in the strength of his might. Put on the whole armor of God, that you may be able to stand against the schemes of the devil” (Ephesians 6:10–11).

Jesus is on a mission to rescue captive souls from a strong enemy (Mark 3:23; Luke 19:10). Through his crucifixion and resurrection, Jesus delivered a mortal wound to our formidable foe (Colossians 2:15; 1 John 3:8). He now calls sinners to flee from Satan’s captivity, and align with his everlasting kingdom (Acts 17:30). He commissions his church to join him in taking the gospel to the ends of the earth (Matthew 28:18–20). This means that, when we follow Jesus, we follow him into a war zone.

What Is the Armor of God?

On the wall of my childhood Sunday school classroom hung a poster of a Roman soldier’s armor. It explained that God’s armor corresponded to what those first-century soldiers wore. While there are similarities, Paul desires our imaginations to be captured by something far greater than a Roman soldier. He wants us to see our warrior God, who powerfully fights “against the spiritual forces of evil in the heavenly places” (Ephesians 6:12). The focus of spiritual warfare isn’t Satan or an imaginary Roman soldier; it’s our Savior.

Paul wasn’t using a contemporary illustration to explain spiritual warfare; he was reminding the Ephesians of the prophet Isaiah’s presentation of our warrior King. The afflicted take courage because a Spirit-filled Savior girds himself with a belt of truth to speak on their behalf (Isaiah 11:1–5). God’s people erupt with singing because the Lord is coming with shoes to pronounce gospel peace (Isaiah 52:1–10). This Savior enters evil’s darkness with a breastplate of righteousness and a helmet of salvation to deliver his people from oppression (Isaiah 59:17). The Lord’s servant speaks words like a sharp sword, bringing salvation to the ends of the earth (Isaiah 49:1–6). It is to this Savior that King David flees to be shielded by faith during his enemy’s attacks (Psalm 18:29–42).

Too often, spiritual warfare is seen as an individual believer’s call to put on armor and fight demonic forces alone, as if this is a test to prove his faith. This couldn’t be further from the truth. Spiritual warfare is about God’s people joining their Lord in his warfare. He equips (Ephesians 4:7–16) and empowers us (1 Corinthians 12:11) to accompany him into enemy territory and further his kingdom purposes (Matthew 28:20).

Putting on God’s armor isn’t like dressing with clothes from your closet. There’s no mixing and matching, no switching out for whatever the season may require. Spiritual armor is applied by faith, daily — and the entire letter of Ephesians teaches us how to put it on.

Satan labors to make you a liar like him. But we put on the Lord’s belt of truth by “[putting] away falsehood” and “[speaking] the truth” to one another (Ephesians 4:25). We don’t hatefully deceive like the devil, but “[speak] the truth in love” (Ephesians 4:15). We don’t cover our sins but confess them. We don’t slander but speak honest words about others. Putting on the belt of truth is an act of faith that resists Satan’s call to be a liar like him (John 8:44).

Breastplate of Righteousness, Helmet of Salvation

Satan wants you to join him in rebelling against God. But we resist him by putting on the breastplate of righteousness and the helmet of salvation. We “put off [our] old self . . . [and] put on the new self . . . in true righteousness” (Ephesians 4:22–24). We stand confidently in Christ’s imputed righteousness rather than adopt worldly identities (Ephesians 1–3).

We step courageously in Christlike practical righteousness rather than follow worldly ways (Ephesians 4–6). We resist sexual immorality in order to show true love (Ephesians 5:1–6). We resist corrupting talk and crude joking by speaking grace-filled words of edification (Ephesians 4:29) We do not get drunk with worldly indulgence but serve others in the power of the Spirit (Ephesians 5:18–21).

Satan hates the good news about Christ’s blood and the forgiveness it purchases. He hates to see sinners reconciled to God (Ephesians 2:1–10) and to one another in the church (Ephesians 2:11–22). He wars to hinder evangelism among unbelievers (Luke 8:12) and strives to stoke angry division among the redeemed (Ephesians 4:26–27).

But hell’s gates will not prevail against Jesus’s church (Matthew 16:18). So, we lace up shoes of gospel peace and sow gospel seed (Romans 10:15). Inspired by his grace, we “[bear] with one another in love” and are “eager to maintain the unity of the Spirit in the bond of peace” (Ephesians 4:1–3).

Satan stokes fear in hopes that we will retreat. He threatens us with social rejection, persecution, pain, and death (Hebrews 2:14). But rather than retreat, we take up the shield of faith. We draw near to Jesus, and hide without shame under his cover. We embrace his words to the persecuted church in Smyrna: “Do not fear what you are about to suffer. Behold, the devil is about to throw some of you into prison. . . . Be faithful unto death, and I will give you the crown of life” (Revelation 2:10). We “do not fear those who kill the body but cannot kill the soul” (Matthew 10:28). We rest knowing that, even if we die for Christ, we shall forever live with Christ (John 11:25–26).

Sword of the Spirit

Satan seduces and accuses us with lies. But we take up the sword of the Spirit and strike down his lofty arguments (2 Corinthians 10:5). When he promises fleeting pleasures, we emulate Jesus by striking them down with God’s word (Matthew 4:1–11). When he heaps shame and condemnation upon us, we slash them with scriptural assurances (Romans 8:1). When we are threatened by Satan’s requests to sift us, we pray, knowing that Jesus ever lives to intercede for us (Luke 22:31; Hebrews 7:25).

Some of these descriptions may not seem like spiritual warfare because they seem so normal, so everyday. But while spiritual warfare can involve demonic possession and exorcisms, it most often takes place in the mundane details of life. Why do you think confessing your sin is so difficult? Why is obedience so challenging? Why are you so afraid to evangelize? Why is forgiveness so daunting? Why is prayer so marred by distraction?

It is because the world, the flesh, and the devil are continually working against what our Lord is warring for. Yet we do not lose heart, because we face them in our Lord’s strength, knowing that “he who is in you is greater than he who is in the world” (1 John 4:4). We go into battle with Christ who strengthens us.

At times, we fail to put on the armor. We get busy with our own pursuits, and when the struggle sneaks up on us, we try to fight in our own strength. We step out from under our Lord’s strength and are overcome by temptation. We lie instead of speaking truth. We harbor bitterness instead of forgiving. We slander instead of pursuing peace. We justify sin instead of repenting of it. We indulge our lust instead of loving God. We grieve the Spirit and sap our joy (Ephesians 4:30).

When these fiery darts strike us, we are left wounded and wearied. Our spiritual strength is sapped, desire for prayer dissipates, singing is silenced, shame is stoked, fellowship is avoided, and our taste for temptation increases.

When this happens, we must not lose heart, but rather cry to our warrior God, our great Savior, who leaves none of his fellow soldiers behind. He will not allow us to be snatched from his grasp (John 10:28). Rather, he will throw us over his shoulder, and take us to green pastures and still waters, where he will restore our souls (Psalm 23:1–3). In him we are strengthened to go back into battle, knowing that our warrior God “will soon crush Satan under your feet” (Romans 16:20).