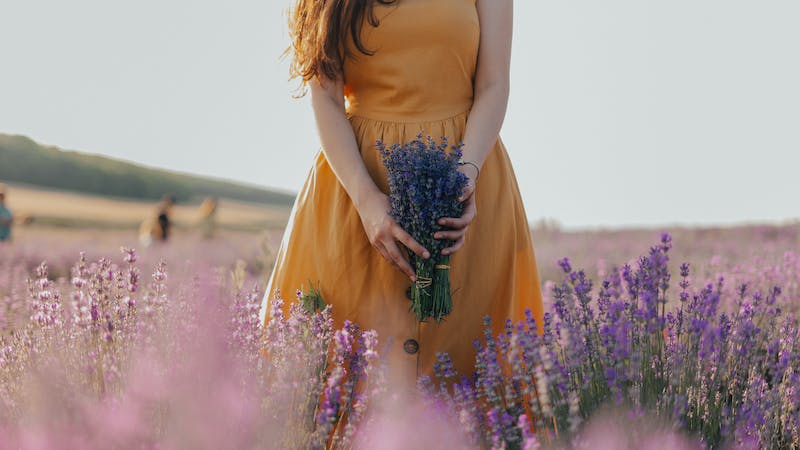 Growing up, I had many guides in Christ, but not many mothers (1 Corinthians 4:15). I sat under the teaching of various women and read extensively, but I did not know many believing women intimately enough to imitate them (1 Corinthians 4:16–17).

I also learned from the teaching and example of my pastors, but I could not learn from them what it uniquely meant to be a godly woman — at least, not in the same way I could learn it from a woman. This changed, however, when one woman welcomed me into her home and answered my many questions into the early hours of the morning, and when another took me under her wing in the first years of my marriage and motherhood.

Christian women need spiritual mothers. Paul showed this when he wrote to Titus to appoint elders in Crete who could “give instruction in sound doctrine” (Titus 1:9), yet specified who could intimately “teach what accords with sound doctrine” (Titus 2:1) to the young women in the church: the older women in the church (Titus 2:3). Spiritual mothers were needed to model godly womanhood in their particular culture and time, and we still need the same today.

What Is Spiritual Motherhood?

Older women likewise are to be reverent in behavior, not slanderers or slaves to much wine. They are to teach what is good, and so train the young women to love their husbands and children, to be self-controlled, pure, working at home, kind, and submissive to their own husbands, that the word of God may not be reviled. (Titus 2:3–5)

Spiritual motherhood is, in a word, discipleship. It covers the spectrum from evangelism to nurturing others to spiritual maturity. It is a woman’s response to the Great Commission, teaching younger women to observe everything Christ commanded (Matthew 28:20).

Spiritual motherhood is not a second-rate role given to women who are unable to have biological children. It is not the pastor’s cop-out answer given to ambitious women who desire to teach. Spiritual motherhood is the high calling God puts on every woman’s life (Matthew 28:18–20), because God’s way has always been to pass truth from life to life (2 Timothy 2:1–2) and generation to generation (Psalm 145:4). Ideally, in almost any season of life the same woman may be both an older and younger woman — teaching those younger than her and learning from those older than her.

When Paul refers to these exemplary older women in the church, he does not mention their giftings or charisma; he highlights their character. He does not mention a specific age or threshold; he emphasizes their spiritual maturity.

His primary concern is whether they can model godly womanhood to the younger women through their reverent behavior, wholesome speech, and self-control (Titus 2:3; 2:7). Because unlike those who “profess to know God, but . . . deny him by their works” (Titus 1:16), a spiritual mother affirms God’s word with her life. Her example corroborates her exegesis, and she can say with Paul, “Be imitators of me, as I am of Christ” (1 Corinthians 11:1).

She has married theology to application in many, often difficult, life experiences. She has fought the good fight of fluctuating hormones. She has struggled to love the difficult family member. She has repeatedly traded the lies of lust and overindulgence for love and moderation. She has learned to rule her tongue.

She has learned to anchor her emotions to truth rather than the other way around. She has learned how to yield in love to those placed in authority over her. She has learned to apply her joy in the gospel to her practice of forgiveness. She has persevered through seasons of unbelief and dryness and depression. She has not lived perfectly, but by God’s grace, she has lived faithfully.

So, although she is also an older sister in the faith, what makes her uniquely qualified to be a spiritual mother is her tested character, as affirmed by her church family. And she adds to her qualities, intentional ministry. Because as important as her character is, she is also called to “teach what is good, and so train the young women” (Titus 2:3–4).

It is not enough to be a sterling but silent example when a seductive culture is fighting for the younger generation’s hearts and minds. In Titus’s time, as well as ours, many false teachers “must be silenced, since they are upsetting whole families” (Titus 1:10–11). In any generation, Satan and this world love to tear apart and redefine womanhood — whether by abuse and oppression, so-called sexual liberation, gender fluidity, or other distortions. So, older women not only model but teach sound doctrine so that the younger women are not deceived by their culture’s lies regarding who God is, who they are, and “what is good.”

And in instructing older women to teach “what is good,” Paul does not ask them to teach anything new. They are to call good what God calls good (Isaiah 5:20) and teach what God says (Titus 2:1). Teach godly affections (Titus 2:4) and godly living (Titus 2:5; 3:8). Teach that God’s design and roles for women are good. Share practically how to “renounce ungodliness and worldly passions, and to live self-controlled, upright, and godly lives in the present age” (Titus 2:12). Instruct, rebuke, train, declare, exhort, remind, insist — these are some of the words Paul uses to describe a teaching ministry in his letter to Titus.

Spiritual mothers know the truth, the times, and their daughters — and they teach them diligently. They read and study Scripture together. They give them counsel. They spend unhurried time with them, speaking and applying God’s word at every opportunity (Deuteronomy 6:7). Not all their teaching is formal and structured; some of it comes simply as a result of sharing life with the younger women. In fact, some of the best teaching I have sat under was over full kitchen sinks after an evening of hospitality.

Whatever the context, spiritual mothers teach from Scripture and from Scripture applied in their experiences. They show the next generation “the ancient paths, where the good way is,” so that they might “walk in it, and find rest for [their] souls” (Jeremiah 6:16).

Just before I walked down the aisle on my wedding day, Jinny, my first spiritual mother, found me sitting by myself, happy but nervous. Very nervous. She knew me well. She knew my fears. And wrapping my cold hands in her warm ones, she looked into my eyes and encouraged me with truth. Then she prayed for me with tears. And in that moment, although her prayer for me was instructive, so was the testimony of her life. It was the prayer of a woman who had walked the uncertain road of marriage before me and could personally commend God’s goodness to me.

When I was a newlywed, Lauren, my second spiritual mother, taught me that submission is not the fruit of a weak-willed wife but of a courageous wife who hopes in God (1 Peter 3:5–6). Back then, even though I assented to male headship in marriage, at heart, I was still more secularly feminist than biblically feminine. I needed a spiritual mother to model this principle to me and to teach it to me in context of her life and mine. Lauren taught me from Scripture and from her life — from her failures and repentance as well as her victories — how beautiful headship and submission are when the gospel is central. In such a marriage, a wife’s personality and voice are not crushed but cherished and cultivated.

These women did not just mentor me; they mothered me. They let me spend long hours with them in their homes. They spent time searching God’s word with me. And they made godly womanhood look beautiful to me as they modeled it and taught it to me.

The luster of a spiritual mother’s life is not her but Christ in her (Colossians 1:27). So, when she combines faithful teaching with faithful living, her influence is far-reaching. She equips the next generation of women to defend God’s word (Titus 2:5) and to, one day, show the generation under them how to adorn the gospel too (Titus 2:10).

Paul knew what it meant to be a spiritual parent, and he painfully labored to see Christ formed in his children (Galatians 4:19). He gently nurtured them (1 Thessalonians 2:7). He shared with them not only the gospel but his very self (1 Thessalonians 2:8). He loved them with the affections of Christ (Philippians 1:8). Concern for them weighed on his mind (2 Corinthians 11:28). He spent himself for their sakes (2 Corinthians 12:15), and he prayed for them on his knees (Ephesians 3:14).

Older women in the faith, nurture the younger women like this. Some of them, like me, come from broken or unbelieving homes. Do not outsource their discipleship to female “Christian celebrities” who can only teach from afar and offer curated peeks into their lives. As helpful as some of their resources might be, they cannot replace an in-the-flesh relationship with a spiritual mother.

I pray that God would raise up more Jinnys and Laurens among us who pour their lives — their hearts, their time, their resources, even their sweat and tears — into other women. Spiritual motherhood is costly. It is risky. It demands much of you, much like raising a child into mature adulthood. But the hardest work of spiritual motherhood has already been accomplished by Christ in giving life to sinners (Ephesians 2:4–5) and securing their place in his family (Galatians 4:4–7).

So, as Amy Carmichael, a spiritual mother to over a hundred orphans, once instructed, “Count the cost, for he tells us to, but take your slate to the foot of the cross and add up the figures there.” And then count the reward: “Truly, truly, I say to you, unless a grain of wheat falls into the earth and dies, it remains alone; but if it dies, it bears much fruit” (John 12:24).

The Global Ripples of Roe: How the Unborn Everywhere Win – John Ensor