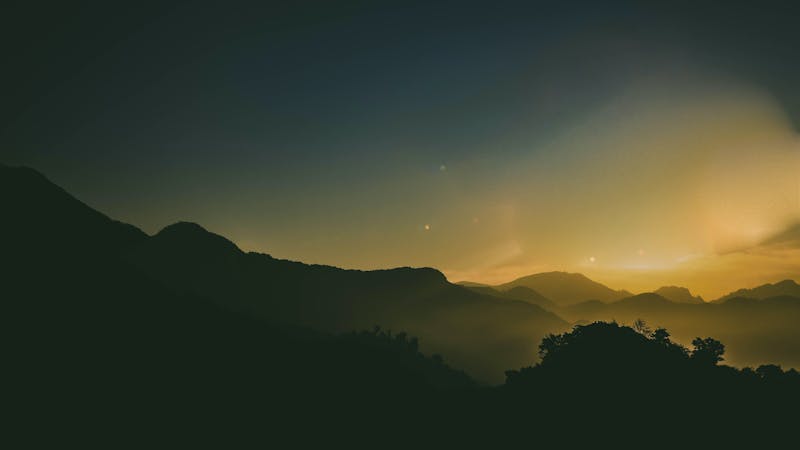 Election is a topic currently absorbing the attention of Americans (and a watching world), given the significant political event about to take place in the United States. In our democratic republic, qualified citizens cast free and secret ballots to elect those we wish to represent us in our executive and legislative branches of state and national government.

This is an example of conditional election, meaning the “elect” are chosen based on their superior merits relative to opposing candidates. The elect merit or win their election.

In this sense (and others, of course), the American doctrine of election is quite different from the biblical doctrine of election. Whenever the term election or elect is mentioned in Scripture, it always refers to God’s choosing those he has purposed to redeem from fallen humanity. God does the choosing — the electing — not man (Ephesians 1:3–6). And when God chooses to redeem a person, he does so based not on that person’s merit, but on his mercy alone (Romans 9:10–16).

Theologians have termed this unconditional election, which John Piper concisely defines as “God’s free choice before creation, not based on foreseen faith, to which traitors he will grant faith and repentance, pardoning them and adopting them into his everlasting family of joy.” In this case, the elect do not merit or win their election, but receive it as a free gift from God based solely on his grace toward them (Ephesians 2:8–10).

Many over the centuries have found the biblical doctrine of election a source of great hope and comfort. But many others have found it a source of confusion, anxiety, and even offense. God means for us to experience the former, not the latter. He has revealed election in Scripture not so we will comprehend all its mysteries, nor so we can easily identify all who are elect, but so we will put our full confidence and trust in Jesus Christ and find him our all in all (1 Corinthians 15:28).

Scripture’s revelation regarding election is clear: God “chose us [in Christ] before the foundation of the world” and “predestined us for adoption to himself . . . according to the purpose of his will, to the praise of his glorious grace” (Ephesians 1:4–6). If there’s any question as to the unconditional nature of this election, all we need to do is follow the apostle Paul’s logic in Romans chapter 9.

But Scripture does not reveal the mechanics of election. The Bible tells us God is completely sovereign and free in his choosing those to whom he will and will not grant the gift of repentance and saving faith (Romans 9:15–16), and that humans are morally accountable if they do not repent and trust Christ (John 3:18). But the formula for how this works is a mystery known to God alone.

In an American political (conditional) election, mystery surrounding the results could signal a corrupted process. The founders of our nation had a healthy respect for human depravity and designed the American systems of government with that in mind. They wisely devised many forms of accountability in order to mitigate the myriad forms of corruption that inevitably occur whenever humans pursue and possess power. That’s why American elections should be as transparent and unmysterious as possible.

But with divine election, the opposite is true. In this case, mystery is a great mercy to us for at least two reasons.

First, we simply do not possess the intellectual or perspectival capacities to comprehend God’s purposes in election. As Michael Horton says,

All of the great truths of God’s Word are mysteries in this sense. They elude our ability to capture their essence. They do not contradict reason, but transcend it. (For Calvinism, 111)

Second, and even more important, as fallen, depraved creatures who tend to corrupt election processes we do comprehend, we lack the moral capacities to be entrusted with such knowledge. Our great downfall was desiring and aspiring to “be like God, knowing good and evil” (Genesis 3:5). We must trust God’s wisdom and kindness when he withholds information from us. This is why John Calvin gave this wise pastoral warning against probing the mysteries of election:

[The curious] will obtain no satisfaction to his curiosity, but will enter a labyrinth from which he will find no way to depart. For it is unreasonable that man should scrutinize with impunity those things which the Lord has determined to be hidden in himself. . . . As soon as the Lord closes his sacred mouth, [we] shall also desist from further inquiry. (For Calvinism, 113)

The wise will say with Moses, “The secret things belong to the Lord our God, but the things that are revealed belong to us and to our children forever, that we may do all the words of this law” (Deuteronomy 29:29). For the wise understand that God is merciful not to tell us everything.

How Does God Reveal His Elect?

After the voting deadline for next week’s national elections has passed, determining the “elect” hopefully will be fairly straightforward. The ballots will be painstakingly collected and counted, and the candidates who receive the majority of their citizens’ votes will be publicly declared the winners (unless, as in 2016, the electoral college presidential vote totals differ from the popular vote totals).

Once again, this is very different from how God reveals his (unconditionally) elect children whom, through Christ, he has ransomed and redeemed “from every tribe and language and people and nation” (Revelation 5:9). Jesus described his method with a parable:

“A sower went out to sow his seed. And as he sowed, some fell along the path and was trampled underfoot, and the birds of the air devoured it. And some fell on the rock, and as it grew up, it withered away, because it had no moisture. And some fell among thorns, and the thorns grew up with it and choked it. And some fell into good soil and grew and yielded a hundredfold.” As he said these things, he called out, “He who has ears to hear, let him hear.” (Luke 8:5–8)

God calls out his elect through the indiscriminate broadcasting of gospel “seeds.” He makes his appeal to all through us, the messengers of reconciliation (2 Corinthians 5:20). Those planted in good soil, those with seed that takes root, those who have ears to hear, they prove to be the elect.

Fruit of and Endurance by the Spirit

This parable illustrates not only Jesus’s method, but also our limitations. Both the rocky and thorny soils appear to us as good soil at first. Only later, after faith has been tested (Luke 8:13), or the cares and pleasures of life have choked out what looked like gospel life (Luke 8:14), do we realize that someone may not be elect.

Note my words: “may not be elect.” God does not grant us knowledge of who his elect are in this age. He mercifully hides this knowledge, which is too heavy for us to bear. Some soils can remain path-hardened for eighty years, only to become soft and receive the seed at the end. Other soils can appear good for decades, only to have the stem wither and die from rocks or thorns.

When the apostles assessed the faith of professing Christians, they looked for the evidence of the Spirit, especially faithful enduring of trials (1 Thessalonians 1:4–7), and were quick to encourage what they observed: “I give thanks to my God always for you because of the grace of God that was given you in Christ Jesus, that in every way you were enriched in him in all speech and all knowledge” (1 Corinthians 1:4–5). But if later other evidence gave them concerns, they could say to the same Christians,

Examine yourselves, to see whether you are in the faith. Test yourselves. Or do you not realize this about yourselves, that Jesus Christ is in you? — unless indeed you fail to meet the test! (2 Corinthians 13:5)

One reason they issued such warnings is because they knew the Spirit would use them as a means to keep the elect fighting to persevere in the faith. Exhortations help saints resist “the deceitfulness of sin” (Hebrews 3:12–13).

But at the end of the day, it’s not our job to determine who ultimately is or isn’t the good soil of the elect. That’s God’s job. Our job is to sow gospel seeds or water them, and trust God to give the growth (1 Corinthians 3:7).

‘Abide in Me’: The Place of Assurance

So, if God veils not only his purposes in election but even the elect themselves in mystery, can we ever be sure that we are among the elect?

God most certainly wants everyone he’s given the right to be called children of God (John 1:12) to live in the holy comfort of knowing they are children of God (Romans 8:16). But he does not want us to seek this comfort in our spiritual gifts, ministry effectiveness, past experiences, or the deceitful labyrinthian corridors of introspection. He wants us to find this comfort by finding Christ our all in all, our very life (Colossians 3:4). Which is why the invitation to assurance Jesus extended to his disciples was this:

I am the vine; you are the branches. Whoever abides in me and I in him, he it is that bears much fruit, for apart from me you can do nothing. If anyone does not abide in me he is thrown away like a branch and withers; and the branches are gathered, thrown into the fire, and burned. If you abide in me, and my words abide in you, ask whatever you wish, and it will be done for you. By this my Father is glorified, that you bear much fruit and so prove to be my disciples. As the Father has loved me, so have I loved you. Abide in my love. If you keep my commandments, you will abide in my love, just as I have kept my Father’s commandments and abide in his love. These things I have spoken to you, that my joy may be in you, and that your joy may be full. (John 15:5–11)

The joy of assurance, Jesus’s very joy in us, comes from one place: abiding (remaining) in him — trusting him solely for the forgiveness of our sins (Colossians 1:14), every grace needed in this age (Hebrews 4:16), and in the age to come, eternal life (Luke 18:30).

This call to abide may sound like it places greater emphasis on our responsibility than on God’s electing power, like conditional election rather than unconditional election. But don’t be fooled. We’re simply experiencing the marvelous mystery that is divine election, the paradoxical place where God’s sovereign decree from eternity past and our call to respond here and now are shown to be, not at odds, but in perfect harmony.

Jesus said, “My sheep hear my voice, and I know them, and they follow me” (John 10:27). The elect respond to Jesus’s call to follow him and abide in him. In mercy, God withholds from us mysteries of election we aren’t equipped to grasp, yet he graciously gives us a simple means by which we can find joyful assurance that we belong to and love Jesus: that we willingly respond to and obey him (John 14:15).

Save Up to 92% on Trusted Resources