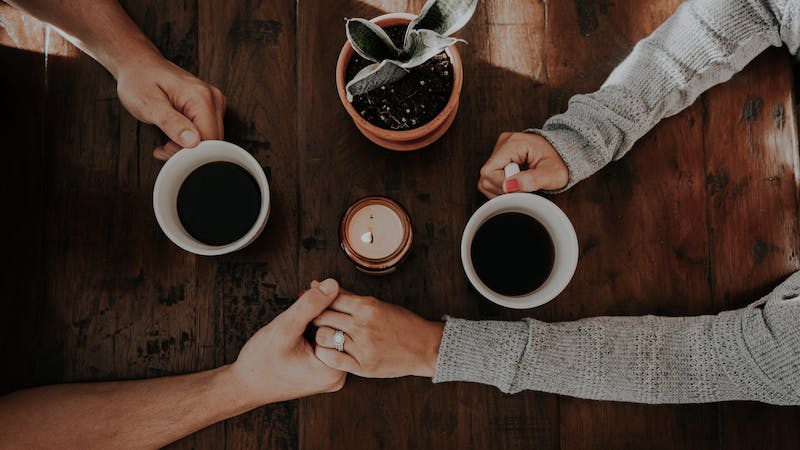 When it comes to understanding what it means to be a man or a woman, we live in a confused and confusing time. Distinctions that were obvious to previous generations are no longer so clear. The reasons for this confusion are complex, and addressing the question requires not only wisdom but also courage.

When faced with confusion, our first goal is to bring clarity. We ought to attempt to make careful, biblical distinctions in order to better understand the lay of the land. When it comes to discussions of manhood and womanhood, I’ve found it helpful to think in terms of three intersecting types of authority: nature, Scripture, and culture.

Additionally, because we have these fundamental relations, God has given us built-in tendencies and trajectories that serve us in our calling as men and women. Nature (or natural law or divine design) refers to the reality that, in making us as male and female, God orders us to particular ends; that is, he makes us for something and therefore equips us to accomplish what he has made us for.

While our nature is fundamentally and originally good, our natural tendencies and trajectories have been corrupted and distorted by sin and the fall. Thus, we no longer encounter nature in its original goodness. Nevertheless, in God’s mercy, our original nature is still present and active, and emerges in countless ways as we live as men and women in God’s world.

Scripture refers to the declarations, promises, and commands of God in the Bible, which testify to the great works of God, all of which climax in Christ. Scripture, as an external word from a loving Father, enables us to untangle the knot of our nature as human beings. It does so by clarifying our natural tendencies and correcting our corrupt tendencies. In accomplishing this clarifying and correcting work, Scripture and nature, rightly understood, speak with one voice, since they both come from the one God.

Culture is the expression of nature (and, for Christians, also of Scripture) in a particular time and place. It includes customs and traditions that testify to the natural tendencies of our nature. Because our nature is bent, our culture also will be bent. The relation between culture and nature is most often one of wisdom and prudence in stewarding our natural tendencies in a fitting and proper way as guided by Scripture. As one pastor puts it, “A custom is a prudential application of a natural-law principle in a concrete setting.”

So then, as we seek clarity about what it means to be a man or a woman, we are reckoning with God’s design as it is embedded in our nature; God’s word as it clarifies, guides, governs, and corrects our broken nature; and human culture as it gives expression to both nature and Scripture. God’s design, guided by God’s word, (should be) expressed in man’s culture.

Throughout Scripture, we see these three types of authority at work, with 1 Corinthians 11 being an excellent example. It’s a complicated passage, and this short treatment won’t answer all the important questions. But by thinking in terms of nature, Scripture, and culture, we can make progress in understanding the Scriptures and therefore understanding more about who we are as men and women.

Begin with the Bible. In this passage, Paul is both writing Scripture and appealing to Scripture. As a specially appointed spokesman of the risen Christ, he is drawing attention to particular theological truths, many of which are found in Genesis 1–2. His appeal to Scripture clarifies which aspects of nature are relevant for the Corinthians as they structure their worship gatherings.

So, what aspects of nature are relevant?

A sacred glory. Second, Paul recalls the language of Genesis 1–2 when he says that “[man] is the image and glory of God, but woman is the glory of man” (1 Corinthians 11:7). Paul explains what he means by the last phrase by highlighting two aspects of the creation of woman in Genesis 2. Woman was made out of man, and woman was made for man. She was built from man’s side, and she was built to be man’s helper.

These two facts mean that he is her head and she is his glory. This doesn’t mean that she is lesser or deficient; she too is made in God’s image, and as the glory of the man, she is the glory of the glory. In biblical thinking, the fact that woman is man’s glory does not diminish her, any more than the fact that Christ is the radiance of God’s glory diminishes him (Hebrews 1:3). Nevertheless, because Eve was built from Adam’s side and as a helper for Adam in his call to work and keep the garden, woman is man’s glory, and this fundamental fact of nature should be reflected in how she worships and prays in public.

Paul demonstrates this mutual dependence by juxtaposing woman’s primal origin from Genesis 2 with man’s perennial origin as born from a woman. The original woman was built from the side of the first man. Since then, every man has come into this world through a woman. These two facts of nature — one primal and the other perennial — are loaded with symbolic significance that highlights our mutual need for each other.

So then, these are the facts of nature as clarified and witnessed in Scripture. There is a sacred order in reality, stretching from God to Christ to man to woman. Man is head; woman is glory, since she was made from man and for man. As head and glory, there is a mutual dependence between men and women, witnessed in Scripture’s account of our origins and testified to in every birth. And, Paul says, these facts of nature and Scripture ought to guide and direct us as we seek to offer acceptable worship to God.

This brings us to culture. And there are many difficult questions about the cultural aspect of this passage. My own view is that the fundamental issue in Paul’s mind is how to maintain proper order and dignity in the corporate worship gathering in light of the extraordinary pouring out of the Holy Spirit on all of God’s people. Do the supernatural, charismatic gifts of the Spirit overthrow the normal order of marriage, the church, and society?

The entire issue in 1 Corinthians 11 is one of what’s appropriate and fitting in the corporate worship of the church. Paul brings up the traditions that have been handed down to the churches (verse 2) and speaks primarily in terms of honor (verses 4–5), disgrace (verse 6), and propriety (verse 13). Paul is concerned that the fundamental order of reality is reflected in the actions, behavior, and appearance of men and women in the church, even when God’s Spirit prompts a woman to pray or prophesy.

In other words, Paul wants the Corinthian culture to reflect God’s sacred order in a fitting and proper way. The use of head coverings by women when offering prayers or prophecy in the corporate gathering is a way of communicating, “The fact that I am publicly declaring God’s words as spontaneously carried along by the Holy Spirit does not mean that I’m rebelling against God’s sacred order.”

The normal and natural order of creation has duly appointed men leading and feeding the flock; it is particular men (the pastor-elders), not women, who teach and exercise authority in God’s church (1 Corinthians 14:34–35; 1 Timothy 2:11–15). Women prophesying and praying (in tongues) under the influence of the Holy Spirit seems to undermine that normal and natural order. The head covering is a symbol of authority that tells the world (and all who are watching, including the angels!) that the supernatural doesn’t overthrow nature, but instead glorifies it. In first-century Corinth, the head covering was a culturally appropriate way of maintaining and celebrating the goodness of God’s design in nature and Scripture.

Now, this doesn’t answer all the questions about 1 Corinthians 11 and its application for us today. But it does perhaps lead us to a fundamental principle that we ought to abide by in our attempts to honor God in the home, the church, and the world:

The structuring and ordering of God’s household, the church, is based on a wise and prudent application of God’s design in creation, as expressed and clarified by the word of God, and is designed to both protect and advance the gospel of Jesus, to the glory of God.

God’s design in creation = nature. Expressed and clarified in the word of God = Scripture. Wise and prudent application = culture. God has built the world in a particular way, creating men and women for his mission, but doing so in a particular order and with a mutual dependence.

God’s design in creation is a pattern, and that pattern is clarified and expressed in various ways in the Bible, as the biblical authors authoritatively apply that creation pattern to a variety of situations (as in 1 Corinthians 11). And then the pattern and the Scripture and the application are the basis for our own applications in our cultural contexts.

Getting straight on these categories is one of the ways that we grow up into maturity, as we learn to love not only biblical conclusions, but also the rationale and logic in God’s world that lie beneath them. When asked about biblical commands, we don’t throw up our hands and say, “We don’t know why, but God picked men to lead.” Rather, we press beneath the commands, into the reality, grandeur, and goodness of his design, and we (learn to) marvel at the depth and beauty and wisdom of our God, revealed in Scripture and nature, and then reflect his goodness and beauty and wisdom in a myriad of fitting and proper ways in our own culture, whether in the first century or the twenty-first.

How to Live Fearlessly – John Piper