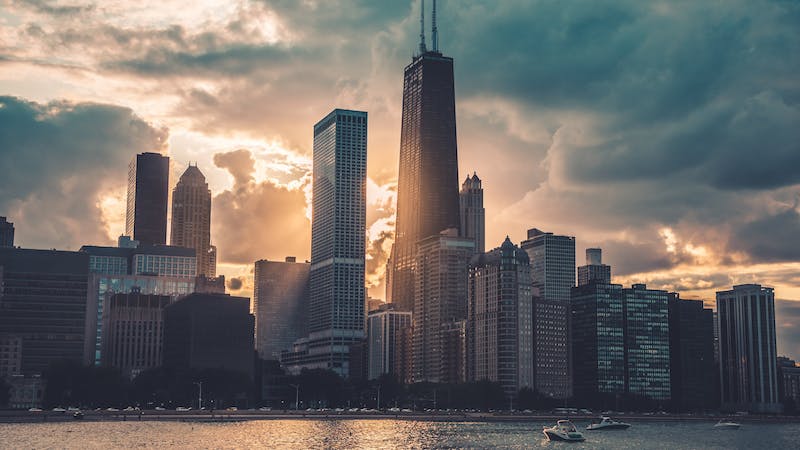 When I taught classes on journalism and religion at The University of Texas, I asked my students on the first day to characterize “Christian” in one or two words. The most frequent answer: antigay.

Clearly, Christian repugnance over the public celebration of sin outweighed, at least in these students’ minds, Christian contributions to the welfare of the cities where we live in exile, building houses and planting gardens (Jeremiah 29:5, 7). We must not say sin is A-OK, but more recognition of Christian good works would be useful as we try to penetrate a neo-pagan world.

That’s not just my unimportant opinion, but the teaching of 1 Peter 2:15, “This is the will of God, that by doing good you should put to silence the ignorance of foolish people.” It’s the apostle Paul’s teaching in Romans 13:3, “Would you have no fear of the one who is in authority? Then do what is good, and you will receive his approval.”

That was two millennia ago, but evangelistic imperatives still hold amid coronavirus time. Throughout April and May, the magazine I’m privileged to edit, WORLD, reported on ministries and individuals following Christ’s admonition, “Let your light shine before others, so that they may see your good works and give glory to your Father who is in heaven” (Matthew 5:16).

Families in the 250-member Crossroads Church in Bluefield, West Virginia, took one-hour shifts on Easter Sunday in a community building opened for local artists. They used the building’s 3D printers and sewing machines to make hundreds of masks, gowns, and face shields for others to use.

“Boxes of Hope” started in New Jersey when a church delivered groceries to the home of a member who tested positive for COVID-19. The church then partnered with two disaster-relief organizations to send out more food boxes — and the ministry has expanded to other states.
Two Christian moms in Texas created RVs 4 MDs, a Facebook group that matches available recreational vehicles and medical workers. They can sleep in them while social distancing — and avoid spreading the virus to their families.

Kent Chambers, a Christian teacher in Alabama, used part of his stimulus check to pay the utility bills for some of his needy students. Chambers learned generosity from his dad, a Baptist minister: “I grew up watching him help neighbors anytime they were in need even though my father didn’t have much money of his own.”

Harvey Mast, the Christian owner of an Ohio fresh produce market, gave away boxes of leftover produce to help keep local families from going hungry. When the boxes were gone, Mast encouraged his community to bring more groceries to give to people in need. In the end, local residents donated more than $107,000 that Mast then used to purchase more produce to give away.

Those are five examples: I could offer lots more. But skeptics look for statistics, and Who Really Cares? by Arthur Brooks (2006) has them. Brooks found “religious people” (overwhelmingly Christian) contributing much more money and time than secularists. Even when contributions to religious causes weren’t counted, people who attended church at least once each week gave more money, volunteered more, and donated more blood than those who rarely or never attended a house of worship.

Some Christians are standoffish concerning such efforts for at least four reasons.

One is a reaction to what happened when Samaritan’s Purse set up a sixty-bed emergency field hospital in Central Park to deal with coronavirus sufferers. First, New York City Mayor Bill de Blasio attacked the group. Then, after the organization performed life-saving work, Council Speaker Corey Johnson said, “It is time for Samaritan’s Purse to leave NYC.”

Johnson added, “This group, led by the notoriously bigoted, hate-spewing Franklin Graham, came at a time when our city couldn’t in good conscience turn away any offer of help. That time has passed.” New York officials not only gave the bum’s rush to the volunteer doctors and nurses, but planned to tax them for any income they earned outside the state while they were saving lives in Gotham.

The temptation is to say, as my mother used to put it, “Who needs the aggravation?” But Christians need to put up with it in order to glorify God and inform students like the ones I had at The University of Texas. We should suffer through such slanderous attacks, “knowing that suffering produces endurance, and endurance produces character, and character produces hope” (Romans 5:3–4).

A second reason is concern that an emphasis on compassion is part of the “social gospel” and gets in the way of evangelism. But I’ve seen for thirty years how helping people materially creates opportunities to help them spiritually.

The social gospel becomes a big problem when it turns into a socialist gospel, including a push to grow the national government. Local Christian efforts that deal with problems otherwise left to government have the potential to shrink government by showing that private groups can do a better job.

‘Give in Secret’ Hurdle

Third, some say Matthew 5:16 contradicts Matthew 6:3–4, the verses about not letting “your left hand know what your right hand is doing, so that your giving may be in secret.” I don’t see a contradiction, since Matthew 5:16 deals with actions that will be public unless the doer takes strong action to stay out of the spotlight, while Matthew 6:3–4 concerns actions that will remain private unless the contributor goes out of his way to publicize them.

Ministries should also live by the adjacent “when you give to the needy, sound no trumpet before you” (Matthew 6:2). That verse specifically opposes standard public-relations practice two millennia ago. Of course, if ministries aren’t sounding trumpets, they need journalists who will report their activities. That’s what WORLD tries to do, remembering all the while that journalists have credibility in reporting Christianity’s shining lights only if we are also willing to report deeds of darkness. Otherwise, we seem to be public-relations pushers.

Fourth, some churches and other Christian groups would like to pitch in but don’t know how. For them, the advice Booker T. Washington offered in 1895 is still good. He told a story about a ship becalmed off the coast of Brazil that sighted a friendly vessel and signaled, “Water. We die of thirst.” The friendly vessel signaled back, “Cast down your bucket where you are.” The captain of the distressed vessel was surprised but lowered the bucket. It came up full of fresh, sparkling water from the mouth of the Amazon River.

Author’s Note: Parts of this article rely on reporting by Leah Hickman.

Beneath the Mountain of Smoke: Recovering the Awe of Worship – Greg Morse