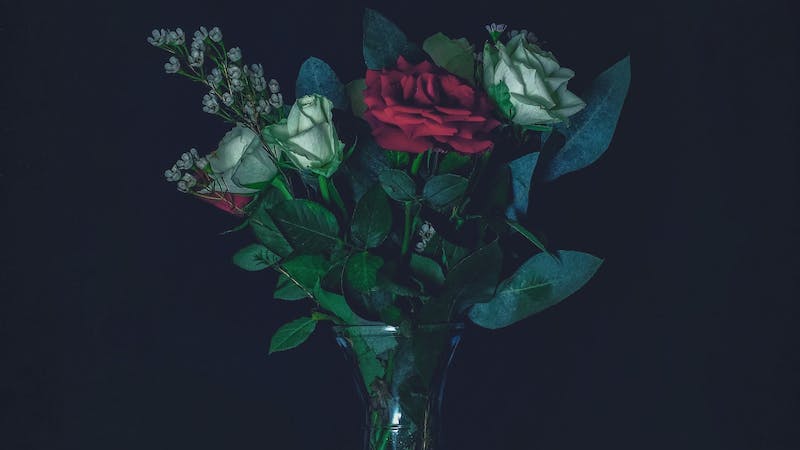 Words fail to express how pleased I am that your man attended his uncle’s funeral, after all. You did well to heed my counsel, nephew, despite Screwtape’s unsolicited “advising to the contrary.”

Last week your great uncle and I engaged in a lively dispute concerning the question at hand: Is encouraging the humans to attend funerals advancing our war efforts or not? In full view of all our Master’s Senior Tempters, we dined most sumptuously and howled most fiercely. Although the soul had plenty of meat on the bone, and the shrieks filled the cup to the brim — the meal was tasteless to me — the occasion was a stunt to bid me “come to terms.” Screwtape and the others are most mistaken to treat me as a schoolboy.

Screwtape, quite predictably, lectured that one cannot be too careful in such places. Seeing one of their own — so unanimated, cold, lifeless, mute — excites unpredictable consequences. Clearly, the smelling salt of death can startle their squeamish sensibilities and pierce through the delusion that death no longer devours. It drags the monster from the shadows. “Should we, of all guides” — his remark dripping with sarcasm — “lead them through our own fog?” More than a few have stared at the box inching so conclusively below only to pace about toward terrible things: What now? Is there more?

But as I hoped you would be keen enough to see, we have much more to gain than to lose, granted our favorite commentator is put to good use: the minister.

Screwtape underestimates how mushy the spirit of the day has become. He came of age in sterner times. He does not see how much sentiment has stolen from them. Factless, thoughtless, heartless well-wishings abound. Like a room full of dancers who continue on with their steps though the music has stopped, decorum holds sway.

It matters little how one lived, what one believed — whether or not he was the Enemy’s — all shall rest in peace. It’s the automated reassurance, the polite response. All make it upstairs. Death, that great escalator, now leads each victim upward to “a better place.” My mouth waters.

Enter then, the minister. See him there, staring over the casket to the mourning living? He wishes to relieve their grieving, not add to it. This compassion, so loathsome in the Enemy himself, is what we must exploit. Remind him: This is not the place for theological particularities, a spiritual autopsy, a kicking of a corpse in the name of religion. They need comfort, not heartless facts. Besides, they can’t know if he didn’t scurry under the Enemy’s ranks in his last breaths. Why not round up? “Hope all things!” Preach him into heaven.

Get him to this place, Globdrop, and he will most beautifully stamp a life of known unbelief and apathy with heaven’s insignia, preaching the cordial — but unconverted — through the pearly gates. This blurring of distinctions during this time of earnest contemplation whispers to their quiet uncertainties, Peace, peace — when there is no peace.

If they should ask, “Is there more?” he is there to answer: If there is, the better place is, in essence, for all. This, my dear nephew, lends great advancement to our cause.

Here is where things get delicious. Not only does this remind the hearers that it remains their personal preference which road one chooses to the inevitable rest; it affords us to inflict an unusual torment.

To illustrate, I requested that Headquarters dig up a transcript, made centuries ago, of a pastor’s eulogy given in the hearing of five of his brothers:

Rich in life and now rich in death, our beloved Gad went to be with his Maker last night. He who the Lord blessed so manifestly on earth went to take his seat in the afterlife. He has crossed the river Jordan.

Our Scriptures say quite plainly, “A good man leaves an inheritance to his children’s children” (Proverbs 13:22). He did just that. This good man, who himself feasted lavishly, left barns full and fields pregnant for generations to come. His family is not left with meager memories of him — which fill no child’s stomach on cold nights nor any man’s glass on happy occasions — he left them his wealth, his “strong city” — as the psalmist said.

Now, he had his faults — as we all must — he was only a human in the end. We all know Gad was a sinner — but who here can cast the first stone? He leaves behind a beloved wife and daughter as well as five dear brothers — all of whom mourn with us today. Be cheered, friends and family: although sorrow lasts for the night, joy comes in the morning. He has riches now that moth and rust cannot destroy.

As an understudy, I was assigned to one of those five brothers (all of whom are safe now with us) and delighted to have him attend (Luke 16:28). But the true prize, the tastiest torment, was hearing another man — unheard by any of the living — weep and gnash his teeth between screams of protest: Gad himself.

Rest on the Broad Road

From the night he first dined with our Master below, this Gad showed himself pitiful. How he pled with “his father” Abraham: “I beg you, father, to send him to my father’s house — for I have five brothers — so that he may warn them, lest they also come into this place of torment” (Luke 16:27–28).

He was refused — to our lively cheers and yelps. He who bribed the courts on earth had nothing to bargain with from his pit. Naked. Alone. Cursed. And across the fixed chasm. No saint, no angel could go for him. But we sent someone, didn’t we? Oh, what a delicacy to feast on the horror of a man who finds a plague in his own eulogy. Perhaps it is a dish, my dear Globdrop, that great uncle Screwtape has never tasted.

“Do not follow in my footsteps!” Gad tried to scream over the glad tidings. “Don’t listen to that liar — I find no rest here!” he howled through sobs. “Turn around, turn around, before it’s too late!” As the minister’s flattery took wings, he tried ever so pitifully to strike it down — all to hell’s riotous laughter.

The humans dispersed from that funeral, as all did this past week, unaroused, unprovoked, unexamined. Beyond this, they traveled home positively confirmed in the presumptions: “If he is safe in the afterlife, so too shall I. The way that leads to life must be broad — and many travel upon it. Surely only the Hitlers of the world cannot find it.” They leave assured of the very thing they assumed coming in: They do not need the Enemy after all.

We eagerly wait for them all to rest in peace.

Give Young Christians a Chance to Lead – John Piper