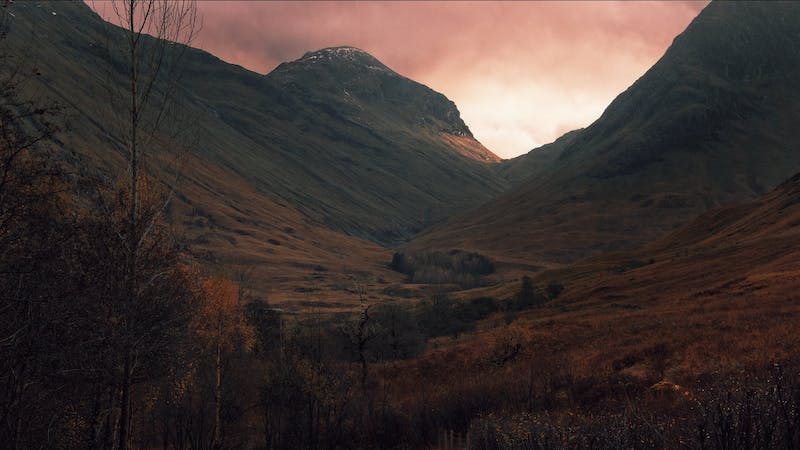 When we consider theologians in the history of the church who have celebrated the doctrine of God’s exhaustive providence, the names that come immediately to mind are Augustine, Calvin, Edwards, and Owen. For my own part, I’d like to add perhaps a surprising name to that list: C.S. Lewis. While Lewis is widely recognized for his emphasis on human freedom and the centrality of our choices, he also has a profoundly insightful and biblical view of divine providence.

His final book, Letters to Malcolm, is chiefly about prayer, but it’s partly about providence. And this is not surprising, because the question “If there is such a thing as divine providence, why should we pray?” occupied Lewis throughout his life. And in this final book (published after his death), he instructs us in how to think about God’s providence.

What’s more, Lewis shows us the value of clear theology for practical life. While his thoughts about God and his attributes can at times feel complex and difficult to understand, the practical payoff is real and tangible. Thinking clearly about who God is, and how he relates to the world, is meant to lead us to a real encounter with him in prayer.

Throughout Letters to Malcolm, Lewis returns to two fundamental facts: God is God, and we are creatures. God is God means that he is ultimate, absolute, and incomparable. He is Absolute being who freely speaks derivative beings into existence. For God to be absolute means that he is all-powerful, all-knowing, and perfectly good (54). It also means that his being is fundamentally unique. “The very words ‘to be’ cannot be applied to him and to [his creatures] in exactly the same sense” (73). God’s way of being and existing is incomparable; there is no one like him.

He is eternal; “God and his acts are not in time” (48). He views and acts in history from his timeless and eternal now. He is also omnipresent, though his presence in all things admits of various distinctions. He is present in everything that exists by virtue of his power, knowledge, and will, because it is “only God’s attention that keeps me (or anything else) in existence at all” (20).

But he is present in his rational creatures in a different way (since, like him, we have reason and will), in his redeemed creatures in still a different way, and at the Lord’s Table in yet another way (75). Thus, God is eternal and omnipresent, present everywhere and everywhen. “We may ignore, but we can nowhere evade, the presence of God. The world is crowded with Him. He walks everywhere incognito” (75).

Beyond this, Lewis believes that God is Actus purus (Latin for “pure act” or “pure acting”); his life is so rich and full that he has no unmet potential, nor is he composed of parts that are more fundamental than he is. He is ultimate and absolute being. What’s more, as simple Pure Act, he is impassible; that is, in relation to his creation, he is always the agent, the one who acts — never the patient, the one acted upon (47). He is subject neither to passions nor to change, but instead is the absolute, eternal, omnipresent, and immutable God.

To summarize, Lewis, along with the classical, orthodox Christian tradition, believes that God is God — ultimate, absolute, omnipotent, omniscient, perfectly good, Pure Act with no unmet potential, the omnipresent being who lives and acts from his eternal now. This is who God is.

Along with this classical, orthodox doctrine of God, Lewis also embraces the biblical notion of creation. God is “the ground of our being” (68). His being is absolute; ours is derivative (49). Unlike human creators, he has not built our world out of preexisting material. He has not rearranged elements that he found somewhere.

Instead, he has created “out of nothing” (72), invented us entirely out of his own infinite and inexhaustible mind and uttered us into existence by his omnipotent word. Included in creation are the very notions of time and space within which we, as creatures, must always live and move and have our being. And because he is the eternal and omnipresent one, God does all that he does in “the single great creative act” (47) from his unchanging place in eternity.

First, because of the uniqueness of the Creator-creature relation, Lewis believes that divine and human action do not exclude one another in the way that the actions of two creatures would. “God did it” and “I did it” can both be true of the same act (49). As the Bible says, we work out our salvation because God is at work within us (Philippians 2:12–13). God himself “[works] in us that which is pleasing in his sight” (Hebrews 13:21). And this providence doesn’t apply merely to our good actions. What we intend for evil, God intends for good (Genesis 50:20).

Lewis doesn’t pretend to explain the mystery of God’s providence and human choice. In line with the Scriptures, he simply affirms that God and man cannot exclude one another at the mysterious frontier where the timeless Creator and the temporal creature meet (68). God is the absolute agent; we are derivative patients. But one of the things that God has done is to make us doers in our own right. The God who is Pure Act has made us to be agents (50). In our derivative creaturely mode, we too “wield our little tridents” (75).

This relation between the timeless God and his temporal creation is crucial. For Lewis, God’s single creative act contains all of God’s providential acts in history. In fact, history simply is God’s single creative act “spread out in time” (55). “God and His acts are not in time. Intercourse between God and man occurs at particular moments for the man, but not for God” (48). Thus, every adaptation and interweaving that takes place between God’s actions and our actions are given from the word go. The divine “Let there be” includes not only the first moments of creation, but all moments of creation.

From these basic facts about God, creatures, and history, Lewis draws the following conclusion: “If there is Providence at all, everything is providential and every providence is a special providence” (55). Lewis flatly rejects the idea of “the Managerial God,” as though God has an overall main plan that results in unintended and unavoidable by-products that do not concern him.

As creatures, we have to operate this way; we throw crumbs to the birds and end up incidentally providing a breakfast for the rats as well (53). Imagine the rats appearing before us in order to express their gratitude for our providence and provision. “But we didn’t have you in mind at all.” Finite creatures may have to work that way. But God, says Lewis, does not. Because providence is included in God’s single creative act, there are no accidents, no unintended results. Every blessing is an intended blessing. Every curse, an intended curse. God takes thought for it all, from atoms to angels. Everything is providential. And every providence is a special providence.

But it’s important to conceive of this particular providence rightly. Lewis resists any notion of mechanistic determinism in his understanding of providence, as though God knocked down the first domino of creation and the rest merely followed. The world is not simply a collection of billiard balls, with God as the cue ball that bangs everything else around the table.

He associates such determinism with the atheistic and scientific point of view, which reduces human choices and acts down to the torrent of universal processes that are inevitably and necessarily carrying on throughout the whole system. Whatever the merits of that view in thinking about the natural world, it doesn’t do justice to the kind of creatures God has made us to be — creatures with a conscious sense of our freedom and responsibility for our actions.

In place of this mechanistic determinism, Lewis offers a poetic vision of providence. God is an artist, a composer, a poet. History is governed, not like a state, but

Every stroke of the brush, including the fall of every sparrow, accomplishes precisely what the Maker desires. From the eternal vantage point, creation may be conceived of as a musical score written down on sheets of paper, all the notes visible at once. But the whole point of the musical score is that the symphony might be played. And history is the great performance.

Finally, Lewis’s vision of providence is personal and practical. Because everything is providential, all of our actions have been “taken into account” by our Creator (50). Nothing is left to chance; everything is included in the great symphony. This includes our prayers, which, for Lewis, are a crucial element in the Christian life.

When we pray, we don’t merely want “results.” We want to be heard. In fact, Lewis says, we can endure refusals, if we know that our prayers have been heard by a loving Father who governs everything for his good purposes. But we can know this only if we believe that our Father is the Absolute Creator, that we are his creatures, and that everything is providential. Our prayers — both the ones that God answers as we hope and the ones that he does not — are deliberately woven into the fabric of history. Both kinds of prayers are part of the great symphony, each taking their place within God’s grand design. No matter the results of our prayers, we always know that we have been heard.

Even more than this, Lewis’s vision of providence gives new significance to our prayers and our actions. As the Absolute Creator, God upholds everything by the word of his power. He is present everywhere and in everything. Thus, everything is providential, and every providence is a special providence. However, when we pray and when we prayerfully act, we make a conscious and deliberate contribution to the course of events. Of course, our contribution doesn’t cancel out God’s. “God did it” and “I did it” are both true. But in prayer and in our consciously dependent actions, we rise from the ontological continuity that we share with all things (such as the sparrows) to the union of wills that is the true end for which God created the world (69). We become more than merely notes in the divine symphony; we become persons in the divine presence.

What Note Will You Be?

Everything is known by God, because everything is included in the single creative act. But while God’s knowledge is unchanging (from his side of the equation), the quality of our being known (from our side) can change (20). To be known by God is a basic fact that we share with earthworms, cabbages, and nebulae.

But when we (a) become aware of the fact — the present fact, not the generalization — and (b) assent with all our will to be so known, then we treat ourselves, in relation to God, not as things but as persons. We have unveiled. Not that any veil could have baffled this sight. The change is in us. The passive changes to the active. Instead of merely being known, we show, we tell, we offer ourselves to view. (20–21)

This meeting of persons — this encounter between the absolute Creator and his derivative and redeemed creatures — is the entire reason that history exists. And it is open to you today, even at this very moment. Everything is providential, including your reading of this article right now. And every providence is a special providence, which means that your Father is graciously issuing you an invitation to rise to know him and to be known by him. The whole symphony has been building to this moment, to the next note. What note will it be?