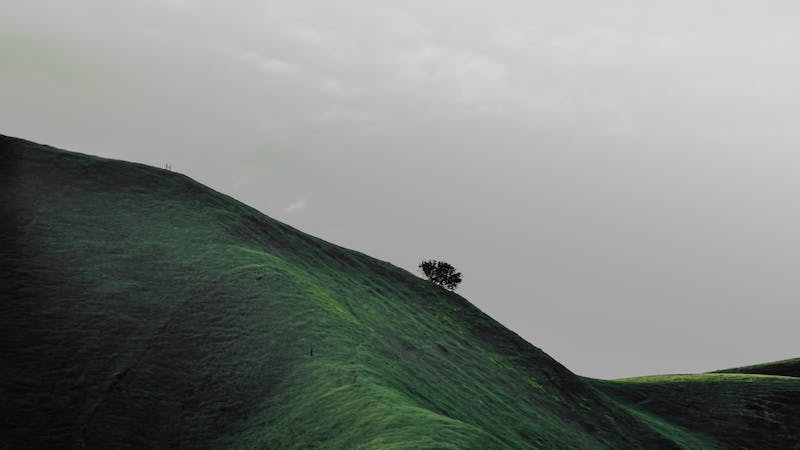 If we reach back to the beginning of our long and devastating history with sin, we will find a crowd of excuses. When the fruit touched Adam’s and Eve’s lips, “You see, what had happened was . . .” became stamped upon them.

Instead of contrition and confession, Adam tried to pass his blame to his wife: “The woman whom you gave to be with me, she gave me fruit of the tree, and I ate” (Genesis 3:12). Adam was not responsible. It was “the woman” — or even the God who gave her to him. Eve, following suit, passed the blame farther downfield: “The serpent deceived me, and I ate” (Genesis 3:13).

What they had never seen practiced became natural. The first man and woman, our parents, discovered in the forbidden fruit the idea to cover up their evil. And this knowledge was passed down to their children. The gardens of humanity’s mind became well stocked with fig leaves to cover our sin’s nakedness. All of us have become tailors and seamstresses, dressing up our failures in fine clothing.

From the fall onward, few features display the creativity of Adam’s family better than our attempts to evade blame. Aaron and the sluggard of Proverbs are two of my favorite examples.

When Moses came down the mountain to find Aaron leading the people in idol worship, Aaron explained his part to Moses this way: “They gave [the gold] to me, and I threw it into the fire, and out came this calf” (Exodus 32:24). Out came this calf. No one crafted it; no one made it — an innocent throwing of gold into the fire and, lo and behold, out popped an idol.

Or consider the depiction of the lazy man’s inventions in Proverbs. To explain why he will not leave his bed and go to work, the sluggard protests, “There is a lion outside! I shall be killed in the streets!” (Proverbs 22:13; 26:13). Oh, he would work, he assures you between yawns, if it weren’t for those man-eating lions roaming the streets of Jerusalem.

It is quite a shocking revelation that men, with all their professed desire for unhindered free will, often do not, at bottom, want anything of the kind. In God’s world, liberty of action entails bondage to responsibility. And responsibility for our actions is one thing sinners do not want. Praise we receive without qualification; fault we pass off like burning coals.

When caught in transgression, we too blame spouses, our idol-making fires, or the serpent. Or when we have left our duty undone, we too invent our own lions roaming the streets. And like Adam, our inventions do not remain horizontal. We soon heave our flaming coals toward heaven.

As time has passed, our alibis have grown more sophisticated — some have even gone to seminary. After studying the exhaustive sovereignty of God, and his hand of providence, some have concluded that they cannot be responsible for their sin. Add to this Scripture’s revelation of their inability, and they have more than enough excuses to keep them from obedience, faith, or love toward God and neighbor. How could God expect wingless birds to fly?

I’ve talked with a few such men. They would stop looking at pornography, sleeping with their girlfriends, getting drunk, and living for the pleasures of this world — if it were up to them. But they cannot. This must be God’s providence for their lives. If he willed differently, they would be living differently. They have read their Bibles, they assure me. They know they are slaves of sin, dead in trespasses — that they were born this way. Indeed, their mothers had conceived them in sin.

As far as it remains with them, they say, their case is hopeless. They have a depraved nature; they are sold to sin under Adam. If Christ wills, perhaps, they will be healed. But until then, how can it be their fault that they lie in the pit of sin? They can’t raise themselves from the dead or give themselves new hearts. They are completely unable to please God; how can they turn until God’s governance of them turns? “Can a man receive even one thing but from heaven?” (see John 3:27). If his sovereign election depends not on human will or exertion, and if God can harden whom he wills, “Why does he still find fault?” (Romans 9:19).

Their Reformed TULIP is missing several petals. They know themselves depraved, know Christ died for his own, know they need irresistible grace — but until God gives it, how can they be faulted for resisting? And so, they continue twirling the flower about to absolve themselves of living in sin, half-heartedly waiting for God to intercede and save them.

Sinners Under a Sovereign God

They are right to point out that they are dead in their sin (Ephesians 2:1). They do need new hearts that only God can give (John 3:3–5; Ezekiel 36:26). They are slaves to sin apart from Christ (Romans 6:20). They walk according to the flesh, and cannot please God (Romans 8:6–8). And God is completely in control of every detail in the world, including their eternal salvation (Ephesians 1:11). But such does not acknowledge the full-orbed picture Scripture gives of the place of human wills and of the human addiction to sin.

Such men, who paint themselves as merely blowing in the winds of God’s providence, and who therefore conclude that they are not responsible for their sin, have not considered how God describes rebellion as active and willful, putting sinners themselves as the subjects, not the objects, of their treacherous ways.

In God’s world, God is fully sovereign over all sin, and men are fully responsible for their sin. The vilest crime in the history of the world, the killing of God’s Son, is so spoken of in Scripture. “This Jesus, delivered up according to the definite plan and foreknowledge of God, you crucified and killed by the hands of lawless men” (Acts 2:23). This sin of all sin was perpetrated under the definite script of the Writer’s pen stroke, and it was enacted at the hands of lawless men who chose to drive the nails.

The God Who Bears Our Sin

Men are not Pinocchios, dangling limply at the end of providence. We do not imagine ourselves to be so when it comes time to receive the credit, but we do when it comes time to receive the blame. Under God’s sovereign direction, scribing every jot and tittle of a story riddled with both the praiseworthy and sinful choices of men, he has given us dignity of choice. And we have chosen — to a man, lured by his own desires (James 1:14–15) — that which is not God.

But the wonder of all wonders is that onto the stage came God himself, the Son taking on human form, to shoulder responsibility for the sin of others. While we were pointing the finger at anyone or anything to get off the hook, he came to be pierced on our hooks, standing accused in silence, and bearing the awful weight of the horrible consequences of sin: wrath and death.

And he did not die for excuses, but for sins. Not for excusable men who could do no other, but for the willfully disobedient, caught in their trespasses. He came as the Lamb of God who takes away the sins of the world. In love, he is the blame-taking God.

Free to Take the Blame

Should all men everywhere not seek this God? While we cannot save ourselves or cast off the horrible yoke of slavery to sin, sinners everywhere can do more than indulge and wait for hell. They can — they must — go to this wonderful God. He invites all,

Seek the Lord while he may be found; call upon him while he is near; let the wicked forsake his way, and the unrighteous man his thoughts; let him return to the Lord, that he may have compassion on him, and to our God, for he will abundantly pardon. (Isaiah 55:6–7)

Why should they remain in the pigsty when such a father dwells but over the hill, and will run to meet them? No one can save himself, but all are summoned to go to the one who can save them and cling to him as the only vessel in the shipwreck of our fallen humanity.

And when we find him, his providence, rather than excusing us from obedience, becomes our reason for obedience: “God is faithful, and he will not let you be tempted beyond your ability, but with the temptation he will also provide the way of escape, that you may be able to endure it” (1 Corinthians 10:13). By God’s grace, every temptation now has an exit door.

And when we do fail to travel through it, we do not need to make sure others own their part before we own ours. We don’t need to play dumb, or blame our circumstances, or invent predators in our way. Christians alone can look our sin square in the face and own it, confess it, and apologize for it, because we alone know a Savior who died to forgive it.