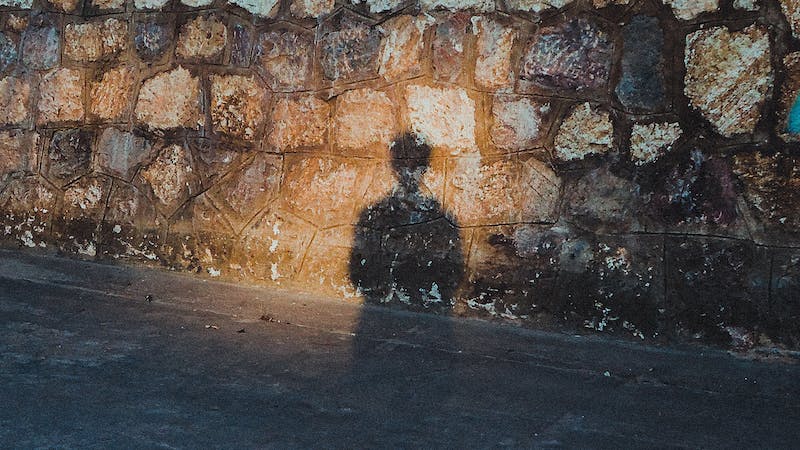 No one will be in heaven who did not walk in good works on earth. In other words, and in the words of Hebrews 12:14, there is a “holiness without which no one will see the Lord.” Abbreviated, “no holiness, no heaven.”

In confession, “Faith, thus receiving and resting on Christ and his righteousness, is the alone instrument of justification: yet is it not alone in the person justified, but is ever accompanied with all other saving graces, and is no dead faith, but works by love” (Westminster Confession).

In commandment: “Work out [literally, produce] your own salvation with fear and trembling” (Philippians 2:12).

In illustration: “Every branch in me that does not bear fruit he takes away . . . and the branches are gathered, thrown into the fire, and burned” (John 15:2, 6).

In repetition: no one will be in heaven who did not walk in good works on earth.

Now, to say this, I hasten to avoid a different heresy: no one will be in heaven based upon good works.

“By grace you have been saved through faith. And this is not your own doing; it is the gift of God, not a result of works, so that no one may boast” (Ephesians 2:8–9). “A person is not justified by works of the law” (Galatians 2:16). Christ’s righteousness, not ours, justifies entirely. The man, woman, or child who believes in him who justifies the ungodly shall be counted righteous before God. His blood brings us near to God, his righteousness imputed to us is needed. In other words, him, him, him — not us — so that no man may boast. Although the Christian walks into the narrow path full of good works, God prepared them for him to walk in beforehand.

So here we have it: no one will be in heaven who did not walk in faith-producing good works on earth — “the obedience of faith” (Romans 1:5; 16:26) or “faith working through love” (Galatians 5:6) — and no one in heaven will be there on the basis of his good works. One heresy says it doesn’t matter if you work, run, or fight at all; the other, that your working, running, and fighting earn your place before a holy God. James calls the first the faith of demons (James 2:19). Paul calls the second the faith of the bewitched (Galatians 3:1). One error sits comfortably among evangelicals; the other among Catholics. It is the dead faith closer to home that I wish to address.

Dead faith (which produces no works) is not necessarily a silent faith. It often rehearses (and abuses) golden mantras such as, “Once saved, always saved,” putting a jewel, as it were, up a pig’s snout.

Properly understood, “Once saved, always saved” would stand for the amazing truth that from the vantage point of the eternal mountain of God, his children, predestined to be saved before time began, will not fall away — he will bring them home. He carved their names in the book of life; his Son has atoned for their actual sins; he seals them with his very Spirit as a down payment — the Spirit that shall surely bring his work to completion at the day of Christ Jesus. Nothing shall separate his true children from the love of God; the Shepherd will lose none of his sheep.

From this, however, some draw crooked lines. Instead of deducing with Paul, “God’s firm foundation stands, bearing this seal: ‘The Lord knows those who are his,’ and, ‘Let everyone who names the name of the Lord depart from iniquity’” (2 Timothy 2:19), some conclude that the perseverance of the saints is optional.

They may imagine God putting souls on a conveyor belt to glory. “Once saved, always saved” — no matter how deeply compromised their lives may be. In so doing they pit the essential doctrine of justification against the blood, sweat, and toil of the essential doctrine of sanctification, judging the first to eclipse the second. We do not need holiness, it is thought, because once saved, always saved. And by “saved” we cannot help but conclude they include “saved from needing to obey.”

Texts that speak conditionally of inheriting eternal life (conditions God empowers his true children to meet) bewilder dead faith. They cannot stomach texts about the need to continue stable and steadfast in the faith, to endure to the end, to stand firm through trials, to put the flesh to death by the Spirit, to work out one’s own salvation with fear and trembling, to make our calling and election sure through energetic striving (2 Peter 1:1–11). The shouts of their dead faith cry “Lord, Lord” while they disobey him with their lives. Theirs is a faith I knew too well. A faith soberly depicted by the character Talkative in Bunyan’s animated theology, The Pilgrim’s Progress.

Along the Road with Talkative

Faithful: Are you going to the heavenly country?

Talkative: I am going to that same place.

Bunyan teaches that proper orthodoxy communicated well is not a sufficient sign in itself of living faith. Faithful, not knowing the report of Talkative, whispers to his companion, Christian, “What a brave companion have we got! Surely this man will make a very excellent pilgrim.”

At this, Christian modestly smiles and answers plainly,

This man with whom you are so taken will beguile with this tongue of his twenty of them that know him not. . . . He is best abroad; near home he is ugly enough. . . . Religion hath no place in his heart, or house, or conversation; all he hath lieth in his tongue, and his religion is to make a noise therewith.

His Christianity lies only in his tongue. How does Christian know this? “I have been in his family and have observed him both at home and abroad.” The tree is known by its fruit. He is “a saint abroad, and a devil at home.” Like the Pharisees of Jesus’s day, he says much, but obeys little (Matthew 23:3).

It is easy for us to imagine that God has saved us because we know right doctrine. Talkative’s great religion of tongue proved untrue in his loves, his relationships, his life. He talks of truth he was never changed by. The grace he speaks of never trained him to say no to ungodliness and to live a godly life (Titus 2:11–14). Borrowing a phrase from C.S. Lewis, he speaks of new life like “a scholar’s parrot may talk Greek.” He repeats what he overhears without knowing the reality of it, as the parrot listening to a scholar may repeat words like charis and sōtēria.

Christian observes what is true of many Talkatives today: “He talks of prayer, of repentance, of faith, and of the new birth; but he knows but only to talk of them.” What a fearful place to be.

Are you like this Talkative? I was, and God woke me from my delusion. I pray he would for others like me. Talkative, in the end, does not venture from the City of Destruction. He labels Christian and Faithful judgmental and parts from them. His words traveled beyond his faith and obedience; in the end, he was lost. He never examined himself to make sure he was in the faith and truly born again.

At times, we all ask plainly, Am I born again? Christian counsels Faithful concerning Talkative, “Ask him plainly (when he has approved of it, for that he will) whether this thing be set up in his heart, house, or conversation.” Some questions Faithful and Talkative discuss are still helpful to ask today.

Do you hate your sin? Not merely talk about hating it, like a hypocritical pastor who denounces the secret sin he indulges. The new covenant promises Christians with new hearts will hate their sin and feel it to be shameful: “You shall remember your ways and all your deeds with which you have defiled yourselves, and you shall loathe yourselves for all the evils that you have committed” (Ezekiel 20:43). Blessed are those who mourn for their sin (Matthew 5:4); God will not despise the heart broken over its sin (Psalm 51:17).

Do you love God? Paul said as plain as day, “If anyone has no love for the Lord, let him be accursed” (1 Corinthians 16:22). Do you love him? Do you desire to know him? Do you love him above father, mother, spouse, child? Can you confess that his steadfast love is better than life? Do you hate your remaining sin because it is against him, your soul’s Treasure?

Do you obey what you know? Jesus says, “If you know these things, blessed are you if you do them” (John 13:17). “That servant who knew his master’s will but did not get ready or act according to his will, will receive a severe beating” (Luke 12:47). We can imagine we have advanced much in religion or the love of Christ because we know more and more texts on the subject. But these texts must be believed, obeyed, loved. They must take root in us. If we truly know and love him, we will keep his commandments (John 14:15; 1 John 2:3).

What do others see? Bunyan writes, “A work of grace in the soul discovers itself either to him that hath it, or to standers by.” Other Christians’ judgments are not infallible, but they can help to reveal blind spots to us (and signs of grace) we do not see in ourselves.

As the Faithfuls and Christians today keep along the narrow way with the Book in their hands and love in their hearts, they will do good in this world. They will because God is working in them to will and to work for his good pleasure, producing the fruit of the Spirit in them. They must do good, in fact, because they have a Book of promises commanding, warning, and wooing them onward to the Celestial City.

No one in heaven will be there on the basis of his good works, and no one will be in heaven who did not walk in good works on earth. So, we press onward in holiness toward our heavenly home because Jesus has already made us his own.

How Can I Have a Good Conscience? – John Piper