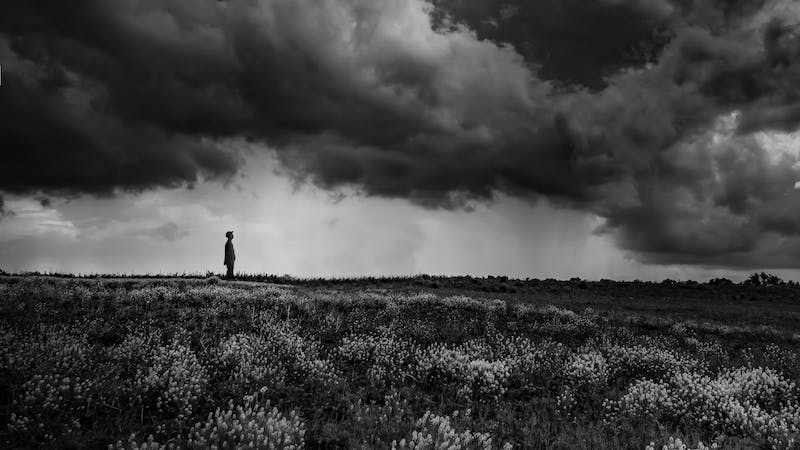 We’ve all seen it in toddlers. The moment when the 3-year-old asks for a particular race car from his fellow toddler. The friend replies, “No, I’m playing with it,” and the rebuffed child — rather than finding another car to play with or waiting for a turn — sits down in a huff of hurt feelings and ill will.

We’ve all seen it in grade-school children. The moment when the 8-year-old suggests setting up a game of pretend “house” with baby dolls and play acting, but her friends decide to go outside and play tag instead. So, rather than join them, she mopes around indoors and later tells her mom that the other children left her out and wouldn’t play with her.

We’ve all seen it in teenagers. The moment when the 15-year-old’s homework and chores have piled up at the same time that the weather is nice and the beach is open. So, rather than buckle down and start chipping away at the workload, he bemoans his rotten homework and the unfairness of life.

We’ve all seen it in adults. The moment when a woman goes from mother to martyr — one minute she is loving and sacrificing for her family, the next minute she is hurt and bitter that all her hard work and dedication isn’t being noticed or appreciated.

This sulky and familiar tyrant is self-pity.

Self-pity is when we have pity for ourselves; especially when we have a self-indulgent attitude toward our own hardships. Something bad happens to us, and we decide to lament our loss alone — since no one else apparently will.

What’s interesting about self-pity is that, while it is generally recognized as a negative trait among Christians and non-Christians, it is not a word you can find in the Bible. It isn’t found in the Epistles’ vice lists or among the seven deadly sins.

Yet the Bible has plenty to tell us about self-pity. There is a sense in which the entire story of the Bible exists to wake us up from the stupor of deadly self-pity and cause us to receive the only pity powerful enough to save us — the pity of God. Jesus manifests God’s pity for sinners: “Moved with pity, he stretched out his hand and touched him and said to him, ‘I will; be clean’” (Mark 1:41). This pity finds its pinnacle at the cross of Christ.

At root, the sin in self-pity is that we assess ourselves and our circumstances as though God is not our gracious Father. When we take God out of the picture, when his pity for us in the death and resurrection of his beloved Son with the continued help of his Spirit isn’t enough, we turn to ourselves for love and pity. When we believe there are gaps in God’s love — and we use our circumstances as proof — we tend to take action to fill in those gaps with self-love or self-pity.

Scripture shows us a better way. Consider David. Psalm after psalm after psalm details the truly piteous circumstances he often found himself in. Betrayed, hunted, holed up in a cave — David had good reason to go ahead and feel sorry for himself.

Yet he did something very different than that — he took his pitiful circumstances to God in prayer. “O God, hear my prayer; give ear to the words of my mouth. For strangers have risen against me; ruthless men seek my life; they do not set God before themselves” (Psalm 54:2–3). David wasn’t a stoic. He didn’t hide his dire need. He didn’t mince words or utter a false, “Don’t worry about me. I’m fine.”

But notice what he says about the strangers who were seeking to kill him: “They do not set God before themselves” (Psalm 54:3). That is a sin indeed. It is the sin of ignoring God — of leaving him out of our equations and our day-to-day living. It was because David had set God before himself that he avoided the sin of self-pity. In the Psalms, David shows us what it means to live coram deo — which means, before the face of God.

When pressed by enemies close at hand, when his friends turned against him, when all hope seemed lost, David lived with God’s all-powerful sovereignty and all-encompassing love bearing down on each and every circumstance.

He Did Not Pity Himself

Consider David’s distant son: our Lord and Savior Jesus. If ever a man was entitled to self-pity, it was this man who, though he was without sin, was wrongfully accused. This man had healed the diseased, made bread for the hungry, and cast out demons, yet he was despised and rejected, spit upon and scorned. Though reviled, he did not revile in return. And even as he hung on the cross, he did so coram deo — before the face of God — crying out to him, “My God, my God, why have you forsaken me?” (Mark 15:34). Even when enduring the wrath of God for sinners, Jesus never took his Father out of the equation.

The problem of self-pity is a problem of sight. Self-pitying people have not set the Lord before themselves as he really is — glorious, kind, sovereign, and just. They mainly have set themselves and their circumstances in their field of vision. Rather than crying out to God in our big and small moments of distress, self-pity would have us whimper in the misery of our own hearts.

And self-pity often spreads that misery, manipulatively demanding that other finite humans focus all their attention on our circumstances irrespective of God. The people of God are meant to bear one another’s burdens and sympathetically walk with one another through trials and difficulties. But self-pity distorts this beautiful design in favor of making our fellowship based on circumstances, not on our union with Christ.

The cure for self-pity begins with understanding just how pitiful self-pity really is. It’s pitiful because it’s powerless. Our own pity for ourselves may conjure up some sympathy from sympathizers, especially those prone to feeling sorry for others. But it cannot ultimately do anything beyond feeling badly. Self-pity may succeed in winning attention and help from others, but it cannot provide the salve that heals. Only God’s pity can do that.

It’s only when we turn our eyes to Christ and through him behold the incomparable love of our Father that our self-pity will shrivel and die — finally shown to be the imposter it really is in the light of God’s powerful pity, his decisive grace, and his sacrificial love.

When we taste and see the goodness of God in his Son and his Spirit, self-pity becomes a sorry substitute — worse, a mockery of the God who is love. When we turn to our own pity, our own love, for satisfaction and help, we are in essence denying the God who made us and showed us the meaning of love, for, “in this is love, not that we have loved God but that he loved us and sent his Son to be the propitiation for our sins” (1 John 4:10).

We can trust our Father’s compassion and pity. He knows our circumstances and sadnesses better than we do. There is not one circumstance of our lives that has not passed through the sieve of his sovereign love for us. By faith we declare with David, “I have set the Lord always before me; because he is at my right hand, I shall not be shaken” (Psalm 16:8).

Awesome and Fearsome: God’s Majesty in the Eyes of His Friends and Foes – David Mathis