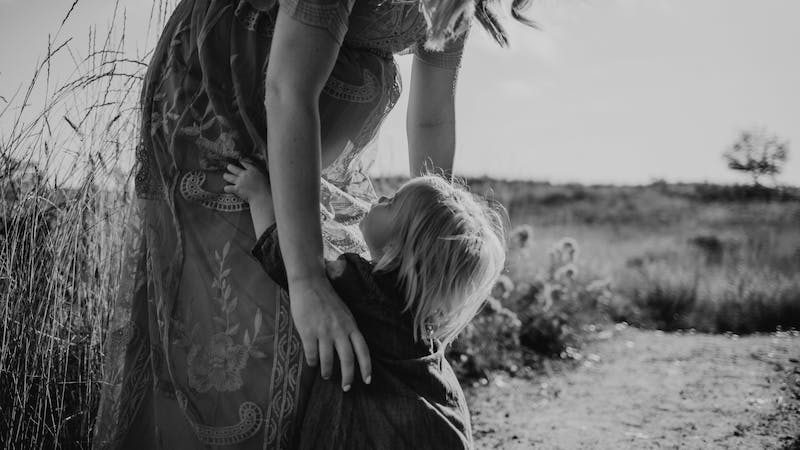 I gasped the first time I saw a man hit a woman.

I was watching an action movie in the family room with my teenaged boys. The lead character was caught up in a fast-moving crisis that involved frantic car chases, dramatic explosions, skilled martial arts, and plenty of fierce gun fights. Battling against time and all odds, the strong, brave hero risked his life to save his family and the rest of the world from certain annihilation.

I expected as much.

The interaction, however, between the lead and his female opponent in one scene startled and disturbed me. She was tied to a chair for questioning. After gleaning the necessary information about the criminal plot, the hero turned to walk away. However, when the woman mocked him, he pivoted in anger and punched her with full force in the face.

I gasped. And almost dropped my popcorn.

Wait. No. Good guys don’t do that. Good guys do not hit women. Hitting a woman demonstrates weakness, not strength. In all my years of watching action movies with my boys, I had never seen a male protagonist strike a woman or engage her in hand-to-hand combat.

A lot has changed.

The Advent of the Strong Woman

Feminism objected to the stereotypical portrayal of men as strong heroes and women as weak damsels-in-distress. Portraying men as stronger than women was sexist. Demeaning. Insulting. So, Hollywood rewrote the script.

Today, if you tune in to an action movie, you will routinely see women engaged in hand-to-hand combat with men. The women are sassy, savvy, and as strong as men in every way. A five-foot-four, 135-pound female protagonist can bend like a pretzel and use her ninja moves to easily vanquish several skilled male assassins at a time. (Even though they tower over her and outweigh her by at least fifty pounds, all while she’s dressed in 4-inch spike heels and impossibly tight clothing.)

Yes, it’s just a movie. And movies often push the bounds of plausibility. Nevertheless, these make-believe images promote powerful ideas about how the world should work and what male and female ought to be. According to the new paradigm, strength knows no sex difference. A woman can and should be strong in the same way a man is strong.

The Industry of Girl Power

Over the past few decades, billions and billions of dollars have been invested into promoting this feminist view of female equality and empowerment. From the time a girl is born, she hears messages about how incredibly amazing and capable and strong she is simply by virtue of her sex. You only need to peruse a girl’s clothing section to see endless silkscreened girl power slogans like:

These aren’t playful, benign messages. They promote a specific ideology.

Like an IV drip into the vein of an unconscious patient, contemporary culture has pumped ideas about what it means to be a strong woman into our subconscious minds. By the time a girl reaches womanhood, she knows that it’s vitally important for her to be strong, and she also has some deeply rooted opinions about what that means (though she generally has little awareness of where she even got those opinions).

What does it mean to be strong as a woman, and not just as a human? What is feminine strength (as distinct from masculine strength), and what is it not? We can begin to answer those questions by considering the differences between the male and female body.

As Elisabeth Elliot wrote to her daughter, Valerie, in her classic book, Let Me Be a Woman,

Yours is the body of a woman. What does it signify? Is there invisible meaning in its visible signs — the softness, the smoothness, the lighter bone and muscle structure, the breasts, the womb? Are they utterly unrelated to what you yourself are? Isn’t your identity intimately bound up with these material forms? . . . How can we bypass matter in our search for understanding the [person]? There is a strange unreality in those who would do so, an unwillingness to deal with the most obvious facts of all. (52)

God fashioned our bodies, brains, and emotions to be strong in ways that support his design for us as men and women. Men have an average of 26 pounds more skeletal muscle, 40% more upper-body strength, and 33% more lower-body strength than women. A male muscle generally fires faster and has higher maximum power output. Male heart and lung function is such that when a man is jogging at about 50% of his capacity, a woman of the same size and weight would need to work at over 70% of her capacity to keep up with him.

When it comes to physical power and speed, men are stronger than women.

Yet in other ways, women are stronger than men.

Female muscles are more fatigue resistant and recover faster. Women have larger frontal and temporal areas of the brain, which translates into better language and verbal skills. They hear better than men and can also better distinguish between a broader range of emotional tones. They retain a stronger memory for where things are and for past events.

Men and women literally see things differently. The structure of a man’s eye makes him better at tracking movement, while the structure of a woman’s eye makes her better at identifying objects, as well as analyzing color and texture. In a study done on 100 babies on the day they were born, male babies were found to prefer looking at moving objects, while female babies preferred looking at faces.

Strong as a Woman

That’s not to say that women cannot protect and provide, or that men cannot nurture. It’s simply to say that our strengths are not merely a function of our personalities, gifts, and competencies. They have a strong sex-based component. Whether a woman is caring for children or running a business, she brings uniquely feminine strengths to the table.

God created man and woman, sons and daughters, for the ultimate purpose of bringing God glory (Isaiah 43:7). The Bible indicates that we shine light on the beauty of the gospel in distinct ways. Men tell the Jesus-story in bodies that reflect truths about the nature of Christ’s relationship to the church from the groom’s perspective. Women tell the same story from the perspective of the bride (Ephesians 5). God strengthens us — sex-specifically — to honor him in this way.

How do we grow stronger in who God created us to be? Male or female, the method is the same.

The world tells us to rely on our own strength and to find strength within. But the Bible tells us to look to an infinitely more powerful and reliable source. It categorically warns us not to trust in our own strength, but rather to “be strong in the Lord and in the strength of his might” (Ephesians 6:10). We are to “seek the Lord and his strength; seek his presence continually!” (1 Chronicles 16:11).

This is where some folks go wrong.

Nowadays, any discussion of differences between male and female is fraught with the potential for misunderstanding and error. Preconceptions and stereotypes abound.

An overemphasis on differences can cause us to lose sight of our commonality as heirs together of God’s grace and co-laborers for the cause of Christ. Differences can cause us to compare, compete, and regard one sex as being better than the other. Rather than a careful, nuanced reflection about ontological realities, the discussion can deteriorate into a reductionistic checklist of who does what. Or a restrictive, heavy-handed legalistic application of rules, lacking in grace.

On the other hand, a denial or neglect of differences can negatively impact our God-given identities, impair our relationships, and blur the lines that God drew to illustrate the beauty of the gospel, thereby marring the picture, and stripping the canvas of color. In short, when it comes to male-female differences, it’s easy to get caught up in the messiness of the debate and proverbially miss the forest for the trees.

Nevertheless, the discussion is important. And all the more as society loses its appetite for God’s good plan for men and women, as men and women. The apostle Paul reminded his friends, “In the Lord woman is not independent of man nor man of woman. . . . All things are from God” (1 Corinthians 11:11–12). The bottom line is that we need each other. The Christian community needs strong women just as it needs strong men — strong in our distinct and complementary ways.

Brothers, I encourage you to develop a greater appreciation for feminine strength. You need strong women in your life. Don’t be threatened by them. Welcome them, bless them, affirm them, and engage with them.

Sisters, let’s resist the worldly message that strength means forgoing our femininity. Let’s stop trying to be like one of the guys. Let’s welcome and affirm godly masculine strength, knowing that God created it not for our harm, but for our blessing.

What Is a Liturgy?

The Resilient Mother: How We Bend Without Breaking – Michele Morin