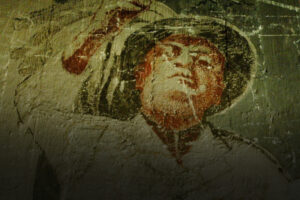 I recently was watching a talk given by an atheist student where the speaker referred to God as a “celestial dictator.” In fact, this was essentially the only way he referred to God. I thought it was an interesting characterization. Clearly, the depiction of God as a “dictator” was meant as a pejorative term.

The first question this claim brought to mind was the difference between a dictator and any other kind of leader. After all, every world leader has a set of laws and policies he or she would wish to implement. These laws and policies would constrict the behavior of their constituents. As a new election approaches, we will vote for an elected leader to govern our country. Regardless of who is elected, they will have a set of goals they wish to accomplish while in office, including a list of behaviors they want us, the citizens, to adopt. In interviews, many of this year’s candidates have already talked about new laws and policies they would like to pursue. For example, in an effort to protect the environment, some have suggested bans on the use of plastic straws, or fracking, or other behaviors they believe will ultimately impact global climate change. The bottom line is this: all leaders have goals they want to accomplish and rules about behavior which they wish to put in place to accomplish these goals.

There seems to be something in the human heart that resists the notion of rules and limitations, however. We are rebellious creatures who treasure our freedom to act as we desire. The existence of a God who sets laws and boundaries can be “off-putting.”

At the same time, we recognize the importance of laws and policies. While we may disagree about which laws should be enacted, we all have a set of laws we would want to see the government pursue and enforce. If any of us were given the chance to be President, we would inevitably have some set of behaviors we would prefer and a set of laws and policies we would attempt to advance. The fact we are upset that God would also have similar desires is ultimately a bit ironic.

When any of us complains that God expects certain behaviors from us, aren’t we simultaneously expecting Him to behave in a certain way?

To call God a “dictator” requires us to dictate God’s behavior (to require God to behave just as we prefer).
Click To Tweet

The atheist student also had a set of laws, policies and behaviors he expected from God. He was just as quick to constrain God as he believed God was to constrain him. To call God a “dictator” requires us to dictate God’s behavior (to require God to behave just as we prefer).

It is natural for us to resist the laws God has given us. Old and New Testament writers described this inherent rebellion. The Apostle Paul quoted King David (from Psalm 14:1-3) when he wrote:

…as it is written: “None is righteous, no, not one; no one understands; no one seeks for God. All have turned aside; together they have become worthless; no one does good, not even one.” (Romans 3:10-12)

If you’re like me, you also struggle to be obedient to God. But let’s have some humility and self-awareness in our critiques of God. We all have a set of rules, a concept of right and wrong which we would apply to others. Don’t be surprised that God, the true, transcendent source of all moral wisdom, would have the same for us.

The post Is God A Celestial Dictator? first appeared on Cold Case Christianity.