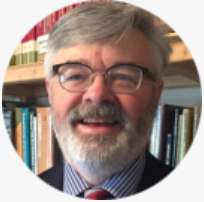 On July 28th I commented on the Dividing Line about an invitation to do a debate with Dr. Jeffrey Riddle on textual critical issues, specifically, a comparison of his position (TR Onlyism) and the Critical Text position (mine). I attempted to plainly and clearly lay out the main issue. Dr. Riddle has responded with an article accusing me of “refusing” to debate him. As anyone who listened to my comments knows, I did no such thing.

This is not a difficult issue. Dr. Riddle represents a small minority position without representation in the wider field of scholarship. You can see this plainly in the dialogue that took place early this year between Peter Gurry, James Snapp Jr., and Jeffrey Riddle. The two portions can be found here and here. I commented on the dialogue on this edition of the Dividing Line.

Now, there are a shelf full of books on such topics as the longer ending of Mark, the Pericope Adulterae, etc. In fact, there is a fine 4-position book on the topic that was published just over a decade ago (I would primarily agree with Daniel Wallace’s chapter). There is profit from discussing this text amongst those whose positions are dependent upon textual critical analysis, manuscripts, etc.

But this is the real issue: Dr. Riddle’s acceptance of the longer ending of Mark is not due to how many manuscripts contain it, how early they are, or of what character they are. His reason for accepting the Pericope Adulterae likewise has nothing to do with manuscripts, the history of the text, etc. And he is open about this. It is actually part of his critique of the majority position (which would include the Majority Text position and the Byzantine Priority position—in fact, all textual critical positions). His critique reflects the reality that he is not presenting a textual critical position, he is presenting a theological position that overrides all textual critical considerations. This came out in the dialogue linked above, and it is found in every single presentation from Text and Canon Conference done in 2019 featuring himself and Robert Truelove (available on Sermon Audio).

Therefore, to actually debate Riddle’s position requires Riddle to defend readings that are unique to his position, not those that he shares with others. Why? Because his position specifically eschews consistency of textual critical methodology. Since he begins with a theological conclusion (the Textus Receptus is the Providentially Preserved Text, PPT), its readings cannot be questioned. Therefore, he can use arguments for the longer ending of Mark (found in the TR) that are different from, and contradictory to, the arguments for the Pericope Adulterae, and this is not a problem for him. The manuscripts and history do not matter, so there really is no meaningful basis for a comparison of textual critical conclusions, since his position is not, actually, derived from textual criticism.

So this is really easy: the only way to engage with Dr. Riddle’s theological position is to look at those readings that are unique to the TR. By so doing you have a fair, clear comparison of two positions. If he uses different arguments to defend different readings in the same text, his position is shown to be incoherent unless he makes it clear from the start that the arguments are not actually relevant, that the TR is the PPT, and the listener should simply accept this without argumentation. But the point should be clear to anyone: if Riddle’s position is true, then what text we are looking at should not matter, as his reason for accepting the reading of any particular passage has nothing to do with its transmission history, it has to do with an action of God at a certain point in history that established the text for all generations thereafter. That reality will not be seen when he hides amongst the Byzantine or Majority Text folks. It will be seen when he defends the unique readings of the TR, such as Ephesians 3:9, 1 John 5:7, or Revelation 16:5. Given his teaching and preaching, these texts are just as genuine, just as revealed, just as providentially preserved, as the longer ending of Mark, so why not address them? Only by doing so will he be defending the unique claims of his own position.

I have made it plain for years: I find the infiltration of TR Onlyism into the Reformed camp an apologetic disaster, hence I would be willing to step away from other writing projects and duties to engage Dr. Riddle on this specific topic. I would not be interested in other debates that have already been done (note the book linked above). This debate, with the actual heart of Riddle’s position, has not been done. It is not I who is refusing the debate. I stand ready to do so, based upon what I think is a clear and compelling case.

Some Insights for Home Schoolers and Whether Calvin Produced Anti-Trinitarians