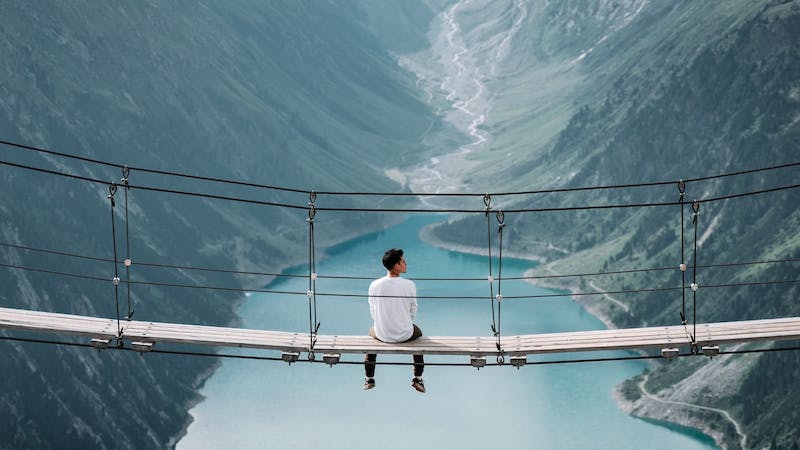 I have often failed to recognize, let alone withstand, the temptation of loving my life in this world. This shows itself not in the great acts of sin I commit, but in the good I do not do. I have been guilty of what Charles Spurgeon called “the sin of doing nothing.”

Sin, as classically understood, is not just the doing of bad (commission) but also the failure of doing good (omission). I tend to care more about the first than the second. In a culture still sailing under the semblance of a theistic morality, we tend to judge ourselves by what we do instead of what we leave undone. But wars are not won on defense alone.

And what glorious battlelines to excuse oneself from. Is it not our utmost privilege to participate? To watch behind fortress walls would have been enough; to blow the trumpets and attend the banners, an honor. But to be summoned in by the King himself, to be fitted in his armor, given a family to march forth with, and lost souls to win — how can we resist? The conqueror, the King, the Lion of the tribe of Judah, stands in the thick of the battle. Does your blood not stir to join him?

For those of us who have settled down and grown pudgy, we have much to learn from the men of Reuben and Gad, two Israelite tribes who wavered on the brink of the Promised Land. They were tempted with the sin of omission, “the sin of doing nothing,” the sin of laying down their weapons before the warfare had ended and God’s people possessed the land. While inactivity in God’s mission may be treated as harmless, God treats it as a serious sin, and so should we.

These two tribes, the men of Reuben and Gad, were of the twelve that marched behind Moses toward the Promised Land. As children, these men left Egypt through bloody doorposts and a parted sea. As they came of age, they fought against Sihon and Og in the wilderness. Their generation, unlike their fathers, proved faithful in God’s campaign to go forth into the Promised Land.

But now, they arrived at some pleasant land suitable to their needs and would be tempted to not continue in their mission. These men did not want the city on the hill, the land flowing with milk and honey; they wanted land for pasture. So they asked Moses to be relieved of their duties:

The land that the Lord struck down before the congregation of Israel, is a land for livestock, and your servants have livestock. If we have found favor in your sight, let this land be given to your servants for a possession. Do not take us across the Jordan. (Numbers 32:4–5)

A simple request. A polite enough inquiry. But God and Moses did not see it this way. And God’s men today, settled down in suitable lands like America, need to hear their reply.

Sin of Doing Nothing

Moses responds to the people of Gad and Reuben,

Shall your brothers go to the war while you sit here? Why will you discourage the heart of the people of Israel from going over into the land that the Lord has given them?

Your fathers did this, when I sent them from Kadesh-barnea to see the land. . . . And behold, you have risen in your fathers’ place, a brood of sinful men, to increase still more the fierce anger of the Lord against Israel! For if you turn away from following him, he will again abandon them in the wilderness, and you will destroy all this people. (Numbers 32:6–8, 14–15)

Notice three charges laid against them.

You abandoned your mission.

While the ten tribes would go forth to battle, Gad and Reuben are described as being those who would just “sit there.” “Shall your brothers go to the war while you sit here?” These warriors were not intending to just “sit there.” On the contrary, they would be busy pasturing flocks, building houses, fortifying their city, and developing the land into a suitable dwelling place.

They were not the kind of lazy or cowardly men to just sit around and watch while their brothers charged forth into combat. Yet by retiring from the great commission at hand to shepherd their sheep, that is precisely what Moses depicts them as. He portrays them as wasting their time because they were misusing their time.

No matter how busy they were with other things, respectable things, the painting of them in God’s holy Scripture would be the mere squatting together doing nothing important as long as they remained withdrawn.

You harmed your fellow soldiers.

Such a picture would dishearten the other tribes from doing what God called them to. Moses asks,

Why will you discourage the heart of the people of Israel from going over into the land that the Lord has given them?

Nonparticipation is not neutral. Like any athlete or soldier or family member knows, apathy by one affects the resolve of all. Reuben and Gad threatened to not only sin themselves, but made it harder for others to obey as well. The other tribes would not be at full strength against the larger and already established nations in the land.

You sinned against the Lord.

They were bearing the faithless resemblance to their forefathers. Moses is quick to point it out, “Your fathers did this, when I sent them from Kadesh-barnea to see the land.”

Their fathers went to spy out the land, and all but Caleb and Joshua came back with a report that discouraged the people from going forth and taking the land sworn to Abraham. Their fathers traveled to the brink of Canaan too and turned back when God called them forward. Their fathers were too timid, and now they were too comfortable.

In response, Moses does not mince words. He calls them a brood of vipers, sinful men, who would consign Israel to another wilderness-wandering that would lead to their death if they did this evil in the Lord’s sight (Numbers 32:15). Each man must continue the mission until all the tribes possessed their inheritance. They must repent of the sin of doing nothing and march with God’s people.

How Doers of Nothing Repent

The men of Reuben and Gad do indeed repent of their sinful stopping.

We will build sheepfolds here for our livestock, and cities for our little ones, but we will take up arms, ready to go before the people of Israel, until we have brought them to their place. . . . We will not return to our homes until each of the people of Israel has gained his inheritance. (Numbers 32:16–18)

They would build and settle, but first they would fight.

And the Lord holds them to this, requiring each soldier to take up his weapon and wade across the Jordan “before the Lord” until the land was subdued before Yahweh’s watching eyes (Numbers 32:20–24). If they failed in doing what they had promised, they would hear Moses’s haunting words follow their retreating footsteps: “Behold, you have sinned against the Lord, and be sure your sin will find you out” (Numbers 32:23).

Shall We Just Sit Here?

God may yet ask many of us, modern men of Gad and Reuben, the single question to cut to the heart of our manhood: “Shall your brothers go to war while you sit here?”

Too many (myself included) have found our homes in the West. We enjoy religious liberty and pray, “Your kingdom come,” from time to time. We have our wife, two kids, and a pleasant existence — busy, no doubt, with something good. We do not trouble the world and the devil, and are not much troubled in return. Let Satan offer us land for cattle to roam, a hot meal, a warm bed, and we will sit contentedly still and not cross the river.

But our King has given us a mission.

All authority in heaven and on earth has been given to me. Go therefore and make disciples of all nations, baptizing them in the name of the Father and of the Son and of the Holy Spirit, teaching them to observe all that I have commanded you. And behold, I am with you always, to the end of the age. (Matthew 28:18–20)

This mission is not yet complete. Our oaths are not yet fulfilled. Not all of God’s elect have their inheritance. Our conquest is not yet total — we remain on the wrong side of the Jordan. “Onward Christian soldiers, marching as to war” are the lyrics bequeathed to us from calloused hands. But the reposed nature of too many men in churches makes one think we were told, “Sit still Christian soldiers, till your seat is sore.”

To combat the sin of nothing is to refuse entanglement in civilian pursuits. To not get distracted from serving King and our heavenly country. To not lose sight of the mission, no matter what other worthwhile pursuits present themselves to us. To remember that marriage and family are parts of the mission, not the mission itself. We cannot rest until Christ has the souls for whom he died. Holiness awaits at the frontlines. Our call, our privilege, our joy is onward.

Water from the Rock for Undeserving People – John Piper

How Often Do You Think About Heaven? – Nathan Knight