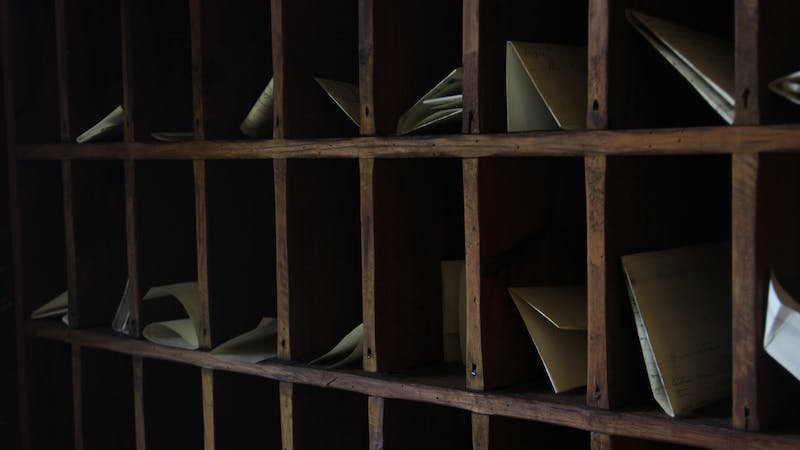 That in leaving this world we do not go away at a venture, you know not only from the certainty you have that there is a heavenly life, but also from being assured of the free adoption of our God, you go there as to your inheritance. That God should have appointed you his Son’s martyrs is a token to you of super-abounding grace. (John Calvin: Tracts and Letters, 5:406)

John Calvin wrote these words in May of 1553 to five young French students facing imminent death at the hands of the French executioner. More than a year earlier, in April, 1552, the five young men left Lausanne, Switzerland, having completed their theological studies. Before returning to their native country of France, they spent a few days in Geneva, possibly with John Calvin. Their names were Martial Alba, Bernard Seguin, Charles Faure, Pierre Navihères, and Pierre Escrivain.

They were fully aware of the dangers of returning to France, given the fury of the French king’s hostility toward Protestants. Calvin himself had left France in a hurry, never to return. On the way to Lyons, they stopped at Bourg de Colognes, where a stranger joined them on their journey. Upon arrival at their destination, the stranger invited them to visit him. It was a trap. The five were arrested and imprisoned.

Prayers and a Letter

As soon as news of the arrest came to Geneva, Calvin and others sent letters of commendation and began to work on a legal defense. In the first of several letters to the men, dated June 10, 1552, Calvin urges them to remain strong and faithful and reassures them of his prayers and that of the entire community in Geneva.

Interestingly, he also takes up two theological issues that the five men had raised: the first on the issue of celibacy, and the second concerning the nature of the resurrection body. It is fascinating that Calvin wrote all the letters in French (rather than in Latin, which these students would have understood). Perhaps he wished others in France with less education to read these letters and profit from them. He closed the letter by praying that they would be filled with the Holy Spirit and that they would know peace, joy, and contentment in their suffering.

Meanwhile, the men appealed to the parliament in Paris. From June, 1552, to March, 1553, they were moved to Paris and taken from one dungeon to another. All this time, the authorities in the Swiss city of Berne attempted to intervene on their behalf. Finally, on March 1, 1553, they were transferred back to Lyons and received word that they were to be executed.

Worthy to Be Witnesses

News of their imminent execution was carried to Lausanne and Geneva by a pious merchant named John Liner. Calvin had written to him earlier, in August of 1552, commending him for the dangerous work he had done in visiting the five prisoners. Calvin’s letter is one of thankfulness for Liner’s courage, but it also urges him, even at the cost of his own life, if need be, to continue in this ministry. He wrote to Liner,

As for the dangers which they set before you, I have no fear of their coming to pass, for the good brethren for whom you have done so much, feel themselves so indebted to you, that were they at liberty, far from being cowardly enough to betray you, they would expose themselves to death for your sake. (Tracts and Letters, 5:359)

On March 15, 1553, two weeks after the prisoners’ return to Lyons and the news of their fate, Calvin wrote to them, saying that he and others were continuing to exercise what influence they had on their behalf. He went on to write,

It cannot be but that you feel some twinges of frailty; yet, be confident that he whose service you are upon will so rule in your hearts by his Holy Spirit, that his grace shall overcome all temptations. If he has promised to strengthen with patience those who suffer chastisement for their sins, how much less will he be found wanting to those who maintain his quarrel — those whom he employs on so worthy a mission as being witnesses for his truth! You must therefore keep this sentence in mind, that he who dwells in you is stronger than the world. (5:392)

Three weeks later, on March 28, Calvin wrote a hasty letter from Lausanne to two merchants in Lyons, Christopher and Thomas Zollicoffre, to solicit their financial and political input and to see if they could help the Bernese in their attempt to change the mind of the king, Henry II.

No Blood Spent in Vain

At the beginning of May, 1533, the five wrote to thank the Bernese for their attempts to intercede on their behalf. The tone is somber:

Since, then, that he is pleased that our blood should soon be shed for the confession of his holy name, we reckon ourselves far happier than if we were set at liberty, for he is true and all-powerful, he will strengthen us, and will not permit us to be tormented beyond our strength; and after we have suffered awhile, he will receive us into his heavenly kingdom, and will bestow upon us eternal rest with himself. (5:404n2)

Calvin wrote again on May 15. It is clear that all attempts to change the king’s mind have failed. “God has stopped the way,” Calvin tells the prisoners. He goes on,

Now, at this present hour, necessity itself exhorts you more than ever to turn your whole mind heavenward. . . . But it appears as though God would use your blood to sign his truth, there is nothing better for you to prepare yourselves to that end, beseeching him so to subdue you to his good pleasure, that nothing may hinder you from following whithersoever he shall call. For you know, my brothers, that it behooves us to be thus mortified, in order to be offered to him in sacrifice. . . . Even so, my brothers, be confident that you shall be strengthened, according to your need, by the Spirit of our Lord Jesus, so that you shall not faint under the load of temptations, however heavy it be, any more than he did who won so glorious a victory, that in the midst of our miseries it is an unfailing pledge of our triumph. Since it pleases him to employ you to the death in maintaining his quarrel, he will strengthen your hands in the fight, and will not suffer a single drop of your blood to be spent in vain. (5:405)

Since the letter was written on the 15th, it is unclear whether the men ever saw it. The next day, the 16th, they were told to get ready for their death. A stake was made at the Place des Terreaux. As they made their way, they cited texts of Scripture to each other and sang psalms.

The two youngest mounted the stake first. Last to climb onto the stake was the oldest of the five, Martial, having spent some time on his knees in prayer before ascending. He asked a favor, “that I might kiss my brethren before I die” (5:405n2). The favor was granted. The four already bound, Martial walked around the stake and kissed each in turn and said, “Adieu, adieu, my brother.” In French, adieu is not a final goodbye, but one that fully anticipates a meeting again soon. The account continues,

The fire was kindled; the voice of the five confessors was heard, still exhorting one another in the midst of the flames: Courage, my brothers; courage. . . . These were the last audible words of these five champions and martyrs of the Lord. (5:405n2)

Calvin always included suffering as an integral part of the Christian life. Two years earlier, in January, 1551, Calvin published his commentary on 1 Peter (dedicated to the English Protestant king, Edward VI, then only 13 years old) in which he wrote, “The cross has been the way to victory, and death a passage to life” (Hebrews and I and II Peter, 240).

Every Christian is called to make sacrifices for Christ. We are to “take up a cross,” Jesus said (Matthew 10:38). The Center for the Study of Global Christianity at Gordon-Conwell Theological Seminary estimates that up to 100,000 Christians are killed every year for their faith. Our sacrifices may not cost us our lives, and for that we should be thankful. But remembering the sufferings of our brothers and sisters may help us to stop complaining about the difficulty of our own journey and instead view it as an honor and a privilege to suffer. As the hymn says, “It is the way the Master went; should not the servant tread it still?”

As the oldest of the five prisoners said “Adieu” to his brothers, he was in effect giving expression to the confidence that they would see each other on the other side. All Christians can have this confidence. Life may be brutally taken from us in this world, but this world is not our home. Heaven is — and ultimately the new heaven and new earth. The five prisoners of Lyons passed into the glory of Jesus’s bodily presence, and one day, we will meet them and hear their story firsthand.