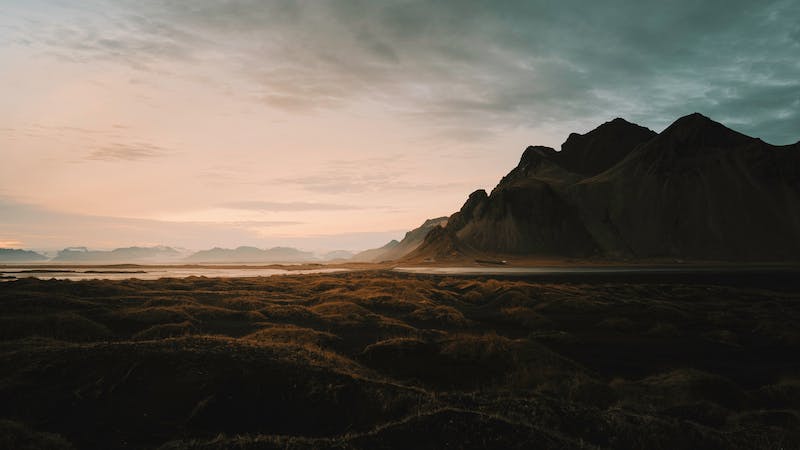 There are two ways that God’s children could conceivably fail in the Christian life. One is for us to turn away from God. And the other is for God to turn away from us. Jeremiah, amazingly, says that in the days to come — the days of the new covenant — neither of these will happen:

I will make with them an everlasting covenant, that I will not turn away from doing good to them. And I will put the fear of me in their hearts, that they may not turn from me. (Jeremiah 32:40)

God “will not turn away from doing good to [us].” And he will work in us “that [we] may not turn from [him].” That is how God’s providence brings his people to everlasting glory. In other words, God doesn’t just require holiness; he promises it to his people. Therefore, the holiness that God requires of his people on their path to glory is absolutely certain. It will not fail. This certainty is revealed in Scripture with clarity for all to see.

The aim of that clear revelation is the joyful, confident, wholehearted, vigilant pursuit of holiness (Hebrews 12:14) and glory (Romans 2:6–7), because God has made it so sure. As Paul says in Philippians 3:12, “Not that I have already obtained this or am already perfect, but I press on to make it my own, because Christ Jesus has made me his own.” Paul labors to seize Christ as his prize, because Christ has seized him. This is the mystery of sanctification that so many people find incomprehensible — that the certainty of belonging to Christ would make us vigilant to lay hold on Christ! I am praying that you will find this not bewildering but beautiful. If it starts as an enigma of confusion, I pray it ends as energy for Christ.

The clearest and fullest promise that God will give us all we need and infallibly bring us to glory is Romans 8:28–39. It is manifestly designed to give fearless confidence to God’s children in the face of tribulation, distress, persecution, famine, nakedness, danger, and sword (Romans 8:35).

The context is the global suffering of all people and the groaning of creation under its subjection to futility and corruption (Romans 8:18–25). All the universe is groaning. Believers share the pain and perplexity. We often do not know how to pray. In this context of universal suffering and perplexity even in prayer, Paul says, in effect, “We may not know how to pray (Romans 8:26), but we do know something!” “We [do] know that for those who love God all things work together for good” (Romans 8:28). That is the beginning of the most exalted of all Scriptures concerning the absolute assurance believers can have in the face of Satan, sin, sickness, and sabotage.

God works everything — everything! — for the good of those who love God and are called by him. This promise contains the entire commitment of God to do everything necessary for the eternal good of his people. We see this in the argument that follows. Paul supports this massive promise with the assertion that, beginning in eternity past (foreknown) and extending to eternity future (glorified), God is committed, at every step of the way, to bringing his people to glory:

The mention of the “called” in this chain links back to verse 28, which is a promise to “those who are called.” That link helps us see that what Paul is describing in this chain is the “good” he had promised in verse 28. God works all things for our good. And the good is conformity to Christ (Romans 8:29) and unfailing glorification (Romans 8:30).

After Paul gives the massive foundation for our assurance in Romans 8:28–30, he steps back and asks, “What then shall we say to these things?” (Romans 8:31). Here’s what we shall say: “If God is for us, who can be against us?” If the omnipotent, all-planning, all-accomplishing God is committed to our good and not to our harm, then no adversary can succeed in breaking the chain that brings us to glory.

But lest anyone doubt that God is for us, Paul invites us to consider once more what Romans has been about for eight chapters: God’s giving his Son to bear our condemnation (Romans 8:3) and become our righteousness (Romans 5:19). So, Paul says it again and reveals the indissoluble connection between the death of Christ and the promise of Romans 8:28:

He who did not spare his own Son but gave him up for us all, how will he not also with him graciously give us all things? (Romans 8:32)

The logic of the verse is clear and strong: not sparing his own Son is the hardest thing God has ever done. Since he did this hardest thing “for us all” — that is, for all who love God and are called according to his purpose (Romans 8:28) — we know that there is nothing he will not do to bring us to himself in glory. Nothing is harder than offering his Son. He did that. For us. It follows that he will not fail to “give us all things” — that is, all that we need in order to be conformed to his Son (Romans 8:29) and then glorified (Romans 8:30).

Everything Hangs on God’s Faithfulness

The rest of Romans 8:31–39 deepens and broadens the claim that nothing can “separate us from the love of Christ” (Romans 8:35) and “from the love of God in Christ” (Romans 8:39). The main point of Romans 8:28–39, for our purposes here, is that “those whom he called . . . he also glorified” (Romans 8:30). He sees to it that all of his converted people make it to glory. Our glorification is so sure that Paul speaks of it as accomplished, though it is yet future.

This is not a promise that bypasses God’s demand for Christlikeness in holiness and love. God’s promise to conform us to Christ is precisely what predestination guarantees. All the foreknown are “predestined to be conformed to the image of his Son” (Romans 8:29). This happens through our calling, our justification, and finally our glorification (Romans 8:30). The implications for our lives are these: Be strong in faith. Be unshakable in the assurance that God is for you, and will bring you to glory. Be done with fear. Be full of joy. Be overflowing with courageous love for others.

We can think about what Paul has done in Romans 8:28–39 another way: he has established God’s faithfulness. From all that Paul has said, it is clear that there is nothing mechanical or natural or automatic about our conformity to Christ and our glorification. All of it is dependent on God’s action.

Many people have mechanical, or even biological, conceptions of eternal security. They think of once-saved-always-saved similar to the way an inoculation works. They think, “When I was saved, God inoculated me against condemnation. It’s built-in — the way disease-preventing antibodies are in the blood.” That way of thinking about the assurances given by Paul in Romans 8:28–39 is mistaken. Everything hangs on God, not on built-in spiritual antibodies. If God is not faithful to the promises made here, we will perish. Our perseverance in faith, our conformity to Christ, and our final glorification depend on whether God is faithful — day by day and forever.

I often ask people, How do you know you will wake up a Christian tomorrow morning? The bottom-line answer is that God will cause you to wake up a Christian, or you won’t. God will be faithful. God will keep you. Everything hangs on the faithfulness of God to his promise: “Those whom he called . . . he also glorified.”

All of God’s Majesty Serves Your Keeping

None of the requirements for making it to glory have been revoked. That is not how God gives assurance. The obedience required has not been repealed. It has been promised. “I will . . . cause you to . . . be careful to obey my rules” (Ezekiel 36:27). The conformity to Christ that God commands has not been rescinded. It has been predestined. “Those whom he foreknew he also predestined to be conformed to the image of his Son” (Romans 8:29). The fear of failure is not remedied by abolishing obligations. It is remedied by God’s faithfulness. “He who calls you is faithful; he will surely do it” (1 Thessalonians 5:24).

These promises that God will create in us what he commands from us are so magnificent that they elicit from Jude one of the most exalted doxologies in the Bible:

Now to him who is able to keep you from stumbling and to present you blameless before the presence of his glory with great joy, to the only God, our Savior, through Jesus Christ our Lord, be glory, majesty, dominion, and authority, before all time and now and forever. Amen. (Jude 24–25)

If you woke up a Christian this morning, this is how you should feel. Glory, majesty, dominion, and authority have been at work for you while you slept. Your being kept for a joyful meeting with God has been promised. God is faithful. He will do it.

John Piper’s book Providence releases in March. You can now preorder the title from our friends at Westminster Books for just 19.99. We’re thankful for their partnership and encourage you to order through them as you consider supporting faithful, independent Christian booksellers.