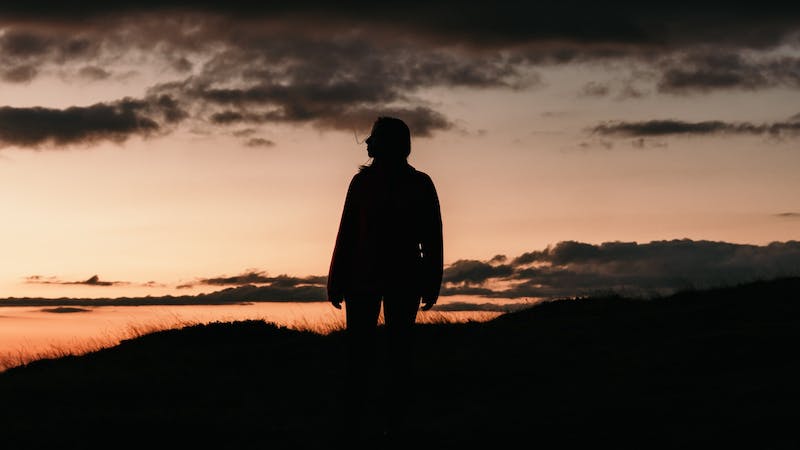 If you were to list the Bible’s greatest heroines, whom would you choose? Which women display the kind of valor and strength worthy of being called heroism?

Some of us would list women like Deborah and Jael, who led armies and wielded tent pegs. Or maybe we would look to Esther, whose courage compelled her to go to the king, saying, “If I perish, I perish” (Esther 4:16). We would be right to do so. These were women who “escaped the edge of the sword, were made strong out of weakness, became mighty in war, put foreign armies to flight” (Hebrews 11:34). When no man of Israel was willing or able, these heroines sacrificed their safety to deliver God’s people.

And yet. When one of the mothers of Israel composed an ode to the heroic woman, she did not look to the battlefield or to the throne room. Instead, she looked to an arena that may seem to us like the most unlikely place of all: the home.

Impressions of the Proverbs 31 woman vary among Christians. To some, she seems like a paragon of womanhood; to others, like a bygone ideal. Some look to her for inspiration; others avoid her out of intimidation. But whatever we may think of her, this much is true: the author of this poem, King Lemuel’s mother (Proverbs 31:1), wants us to see her as a heroine.

Bruce Waltke, among other scholars, argues that Proverbs 31:10–31 belongs “to Israel’s heroic poetry, characterized by recounting the hero’s mighty deeds, usually his military exploits” (Book of Proverbs, Chapters 15–31, 516). This godly wife and mother, writes Erika Moore, is “a spiritual heir of Israel’s ancient heroes” (Book of Proverbs, 517) — or, in the words of Robert Alter, “a kind of domestic warrior” (The Hebrew Bible: A Translation with Commentary, 451). She is, in other words, a heroic homemaker.

The evidence for this claim lies in the words our author uses, several of which she borrows from the battlefield. Consider, for example:

From beginning to end, then, the Proverbs 31 woman is not merely a homemaker. She is a victor on the feminine field of war.

Marks of a Heroine

Locating this woman’s heroism at home may pique some modern readers, even Christians, who have grown up in a feminist milieu slightly embarrassed by domestic work. Certainly, the Proverbs 31 woman expands any narrow ideas of homemaking we may have. She generates substantial income (verses 11, 18), engages in manual labor (verse 16), and scorns mere physical beauty (verse 30), for instance. But still, she sews (verses 13, 19, 22). She cooks (verse 15). She is her husband’s helper (verses 11–12, 23).

How, then, can modern readers understand her heroism? More than that, how can we join King Lemuel’s mother in holding this woman up for our daughters to emulate and our sons to admire? We can do so in at least three ways.

Consider, first, that heroes in God’s eyes are rarely heroes in society’s eyes. As so often happens in God’s kingdom, the hero is not who we would expect: not the proud, but the meek; not the well-known, but the obscure; not the woman on the throne, but the woman in the home.

In other words, the Proverbs 31 woman is not only countercultural now; she was countercultural then. A woman who fears the Lord always will be. If we cannot see the heroism in this homemaker, then, our ideas of heroism and womanhood may be shaped more by society than Scripture. As Alastair Roberts writes, “Our failure to see the heroism and strength of such a diligent and active woman is a failure to see the world as God does” (“Why We Should Jettison the ‘Strong Female Character’”).

So, while many see the Proverbs 31 woman as the victim of an obsolete order, those who look with God’s eyes see a woman fearsome as Solomon’s bride — one “who looks down like the dawn, beautiful as the moon, bright as the sun, awesome as an army with banners” (Song of Solomon 6:10).

2. Admire Her Many Callings

Second, if we evaluate this woman’s activity with an honest eye, the idea that homemaking somehow curbs a woman’s strength or gifts will begin to sound hollow. The home of the Proverbs 31 woman is no “petty and restricted sphere,” Derek Kinder writes. “Here is scope for formidable powers and great achievements” (Proverbs, 179). Home does not fetter great women — it liberates them.

G.K. Chesterton, in his essay “The Emancipation of Domesticity,” observes that all work outside the home necessarily turns us into specialists of one sort or another. It tends to make us narrow, not broad. We will not find “Renaissance man” among the listings in the classifieds; rather, we will find “marketing manager,” “insurance salesman,” “electrician,” or “mechanic.” Each of these jobs cultivates a person’s gifts, but only in a limited number of directions.

A wife and mother, on the other hand, is “generally shut up in the house with a human being at the time when he asks all the questions that there are, and some that there aren’t. It would be odd if she retained any of the narrowness of the specialist.” When a woman says she is a homemaker, she actually says she is a dozen things at once: teacher, interior decorator, cook, financial steward, craftswoman, cleaner, gardener, life coach, and so on. As such, she “does not ‘give her best,’ but gives her all.”

Even a quick glance at the verbs in our poem confirms Chesterton’s observation. For her children, this heroine makes clothes, provides food, and teaches wisdom (verses 15, 19, 26). For her husband, she manages the household’s money, brings in supplemental income, and adorns his good name among the city elders (verses 16, 18, 23, 24). For her neighbors, she opens her hand with generosity (verse 20). She moves easily from sewing flax to planting a vineyard, from selling her merchandise to instructing her children.

While her husband goes off to build a machine or a fence or a shoe, she builds something greater: a home (Proverbs 14:1).

3. Treat Mothering as an Act of War

Neither of the observations offered so far, however, does full justice the heroic, martial imagery that fills Proverbs 31. True, God’s heroes are often different from society’s heroes, and homemakers must give their all — but why should our poet describe this woman as gathering spoil, as laughing triumphantly, as girding her loins? Why portray her as a warrior? Because she is, in fact, in a war.

On the edge of Eden, God spoke to the serpent:

No war rivals the war between the serpent and the woman. The Mongol Conquests and the Napoleonic Wars, the North versus the South and the two World Wars are puffs of smoke compared to the danger, the savagery, and the destruction of the battle between that ancient dragon and the daughters of Eve. So, Leithart writes, “In their care for their households, wise women are on the frontlines of God’s holy war” (“Proverbs 31:10–31”).

All of a sudden, our list of Scripture’s heroines includes names we never may have picked: not only Deborah, Jael, and Esther, but Sarah and Rebekah, Rachel and Leah, Jochebed and Ruth, Hannah and Abigail. As these women loved their husbands, raised their children, and built their households in the fear of the Lord, they won a victory to rival David’s slaying of Goliath.

And then, “when the fullness of time had come, God sent forth his son, born of woman” (Galatians 4:4). And what kind of woman? Not a soldier or a judge, not a leader or a queen, but rather a woman who heard God’s word and received it, who treasured up the promise as she labored in her home, who fought the serpent through faith in God, and thereby welcomed into Bethlehem the Savior of the world.

Rise Up and Praise Her

To be sure, feminine heroism is not limited to homemakers. For one reason or another, many Christian women must work outside the home, at least for a season: unmarried women, single mothers, wives who need to supplement their husbands’ income. Far be it from us to downplay the heroism of women who, after giving themselves to their jobs, save the best fibers of their being for loving their families (or, in the case of unmarried women, for preparing to do so should God grant a family).

But how tragic that many Christian women, with the voices of a feminist society foremost in their minds, should forsake the home in search of heroism elsewhere. Women need not be (in Chesterton’s words) “domestic empresses and competitive clerks at the same time” in order to be heroines. They need only build their homes in the fear of the Lord.

If we are going to remedy this tragedy, however, we first need to remedy another: men, and husbands in particular, must recognize homemaking for the heroism it is. Once we do, we will be less concerned with whether our wives are imitating the Proverbs 31 woman and more concerned with whether we are imitating the Proverbs 31 man — the husband who champions his wife’s gifts, who is not intimidated by her strength, and who is not shy with his praise (Proverbs 31:28–29).

Women who resemble the heroine of Proverbs 31 — even if only by increasing degrees — are women of whom the world is not worthy. And when men notice and say so, they are anticipating the day when everything hidden will be revealed, everything secret will be proclaimed on the housetops, and the true heroines of the world will shine like the sun.

Hero in an Unmarked Grave: The Unusual Modesty of John Calvin – Ryan Griffith

Should We Pray for Unbelievers or for Evangelists? – John Piper

The Law of God