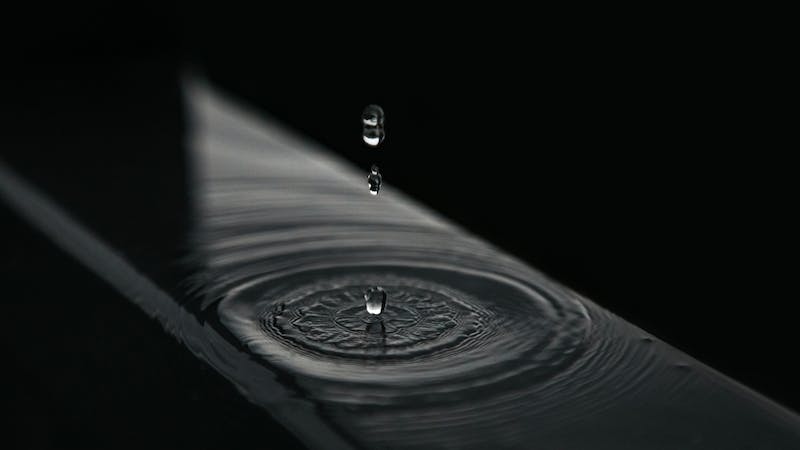 A number of years ago, as I was memorizing my way through the book of Philippians (don’t be overly impressed, you can do it too), I would frequently feel conviction when I came to these verses:

Many, of whom I have often told you and now tell you even with tears, walk as enemies of the cross of Christ. Their end is destruction, their god is their belly, and they glory in their shame, with minds set on earthly things. (Philippians 3:18–19)

The convicting part was this: “I . . . now tell you even with tears.” Paul’s tears over those who had become “enemies” of the gospel, and over the “end” they would suffer, were telling. They were telling something about Paul’s heart and, I believe, something about mine.

Then again, the stories tears tell are rarely simple, because we are not simple. Tears can be affected by our bodily constitutions — we can be more or less prone to tears based on our internal “wiring.” Tears can be affected by our social experiences — we learn to shed or repress tears by what our families and formative cultures encourage or discourage. Tears can be affected by our traumatic experiences — ways we learn to cope with overwhelming pain, grief, or horror can cause sorrow and anguish to manifest in complex and even distorted ways. So, the presence or absence of tears might not be telling the whole or an accurate story, and therefore we must take care not to assess ourselves or others based on simplistic assumptions.

But still, it’s worth considering our tears, or lack thereof. Because they do tell us something important about what we consider important. As they did for Paul.

What did Paul’s tears tell us? That people who had made themselves enemies of the gospel broke his heart.

The Greek word for “tears” is klaiō, which probably conveyed more to readers in the first century than “tears” does to us today. Some translations, like the King James and New American Standard versions, choose “weeping,” which gets closer. The grief Paul was experiencing was not mild but intense, not fleeting but likely prolonged.

This is a revealing, and convicting, glimpse into the heart of the great apostle. He wept over these “many” who had become enemies of all Paul stood for. Though it’s not completely clear, it seems likely that these were the people he referred to earlier in the chapter:

These were Judaizers, “false brothers” (2 Corinthians 11:26) who seemed to trail Paul wherever he went, informing the new Gentile Christians that Paul had taught them falsely. They claimed faith in the saving work of Jesus wouldn’t save people unless they fully became Jews through circumcision and Mosaic law-keeping. These men added misery to Paul’s ministry by confusing and leading astray many in the churches (Paul addresses this most clearly in his letter to the Galatians). We can hear Paul’s manifest frustration in Philippians 3:2, when he refers to them as “dogs” and “evildoers.”

But Paul was not merely angry, as verse 18 reveals. He was deeply grieved. Like the “great sorrow and unceasing anguish” he expressed in Romans 9:2 over his Jewish kinsmen who had wholly rejected their Messiah, Paul wept over these self-professed Christians who had rejected the very core of the gospel and made themselves “enemies of the cross of Christ” (Philippians 3:18). He shed real tears over the “destruction” they would face if they failed to repent (Philippians 3:19).

Paul exhibited a rare combination of boldness in his defense of the gospel and brokenheartedness over those who opposed him. This mixture — brokenhearted boldness — only occurs when a heart is full of love and humility.

Paul loved Christ supremely. We know this because between Philippians 3:2 and 3:18 is verse 8:

Indeed, I count everything as loss because of the surpassing worth of knowing Christ Jesus my Lord. For his sake I have suffered the loss of all things and count them as rubbish, in order that I may gain Christ. (Philippians 3:8)

And Paul loved Christ’s saints dearly, as we see in how he opened his letter to the Philippians:

It is right for me to feel this way about you all, because I hold you in my heart, for you are all partakers with me of grace, both in my imprisonment and in the defense and confirmation of the gospel. For God is my witness, how I yearn for you all with the affection of Christ Jesus. (Philippians 1:7–8)

And we see both Paul’s love for unbelievers, as well as his humility in how he pursued them, in what he wrote to the Corinthian church:

In putting Jesus, the saints, and the lost before his personal rights, his freedom, even his life (Philippians 1:21), Paul demonstrated great love and humility. And he demonstrated something else: that loving Christ supremely, considering the saints as more important than himself (Philippians 2:3), and seeking to share the blessings of the gospel with unbelievers (1 Corinthians 9:23) were themselves a pursuit of Paul’s greatest joy.

A heart with this much love and humility would break when people rejected what gave Paul such joy — even when they were actively opposing him and damaging his work.

Where Are Our Tears?

This is what I have found so convicting about Philippians 3:18. Even after taking into consideration my bodily constitution, social experiences, and traumatic experiences, I realized that I do not weep as Paul did over those who reject Jesus. I am not as brokenhearted over those who oppose me. My tears and my lack of tears are telling: I tend not to love others like Paul loved, and tend not to be as humble as he was.

A soft heart did not weaken Paul’s spine. He spoke with great boldness when it was needed. But when his boldness was directed toward others who had hard, unbelieving hearts, he spoke with brokenhearted boldness. He told them with tears. I want such love and humility.

The Other Great Parenting Books: How the Best Stories Point Kids to Christ – Kathryn Butler

The Psalms Know What You Feel – Marshall Segal

Have I Sinned If I Fall Short of Excellence at Work? – John Piper