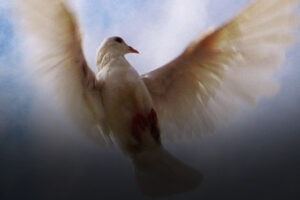 I remember when COVID-19 was first being discussed in the news. The idea that a pandemic was on the horizon was totally foreign to most of us; we simply had not experienced such an event in our lifetime. Early reactions seemed extreme and inconsistent. Some of us rushed to buy copious amounts of toilet paper at the supermarket while others were convinced it would all blow over. When the “safer at home” orders began, it seemed like they might last for only a few weeks. Now, as summer winds to a close, it is clear that the situation is far from over. Living through the COVID-19 outbreak has revealed how many of us came to rely on the structured, predictable life we used to live.

In the beginning, the pandemic seemed like it would be a momentary inconvenience. As hard as it was to close businesses, stop working, and try to stay indoors, we “knew” it would all be over soon. It was comforting knowing that the government had an end in mind. Nearly all new “safer at home” orders came with an expiration date. It was comforting to believe this wasn’t going to last forever.

The first expiration date came and went, but “safer at home” orders stayed in place. In some areas, the orders actually became increasingly broad and strict. Eventually, some areas began opening and hope returned; things were finally getting better. But as a new wave of COVID-19 came, previously lifted order returned. I’m not even sure now if there are any expiration dates in my home state. At this point, given recent history, few of us would likely place our hope in new proclamations about reopening our state.

I never realized the value of being able to plan the future, until now.

Prior to COVID-19, I thought I knew (more or less) what was going to happen in the next few months. I knew my work schedule, and I could safely plan a year in advance for my next wedding anniversary. The future was (more or less) “certain” because everything would (more or less) be the same. Nothing significant was likely to change. I took for granted my ability to plan for the future, and I took for granted the hope that accompanies plans. If I was having a hard week, I could always place my hope in a future plan.

But those plans seem elusive now. I cannot make plans like I used to. I don’t know when the current restrictions will be lifted, and there’s no way to know they won’t get stricter. It feels like we are all holding our breath, delaying our plans, and suspending our hope, waiting for it all to end.

“I say to you, do not be worried about your life, as to what you will eat or what you will drink; nor for your body, as to what you will put on. Is not life more than food, and the body more than clothing? Look at the birds of the air, that they do not sow, nor reap nor gather into barns, and yet your heavenly Father feeds them. Are you not worth much more than they? And who of you by being worried can add a single hour to his life? And why are you worried about clothing? Observe how the lilies of the field grow; they do not toil nor do they spin, yet I say to you that not even Solomon in all his glory clothed himself like one of these. But if God so clothes the grass of the field, which is alive today and tomorrow is thrown into the furnace, will He not much more clothe you? You of little faith! Do not worry then, saying, ‘What will we eat?’ or ‘What will we drink?’ or ‘What will we wear for clothing?’ For the Gentiles eagerly seek all these things; for your heavenly Father knows that you need all these things. But seek first His kingdom and His righteousness, and all these things will be added to you. So do not worry about tomorrow; for tomorrow will care for itself. Each day has enough trouble of its own.”

I am convicted by Jesus’ words. Have I been relying on my own plans, rather than God’s calling? Have I been taking comfort in my own power, rather than on God’s sovereignty? In this chaotic season, I’m still struggling with impatience and uncertainty. Maybe you are too. Let’s give our concerns over to God, rest in His plans and trust His power. It’s time to put our hope where it belongs.

How Can We Be Sure the Gospels Are Telling the Truth About Jesus? (Video)

The Sixth Characteristic of a Healthy Church: A Response That Overflows with Joy

Why You Need to Become a Good Christian Translator (Podcast)