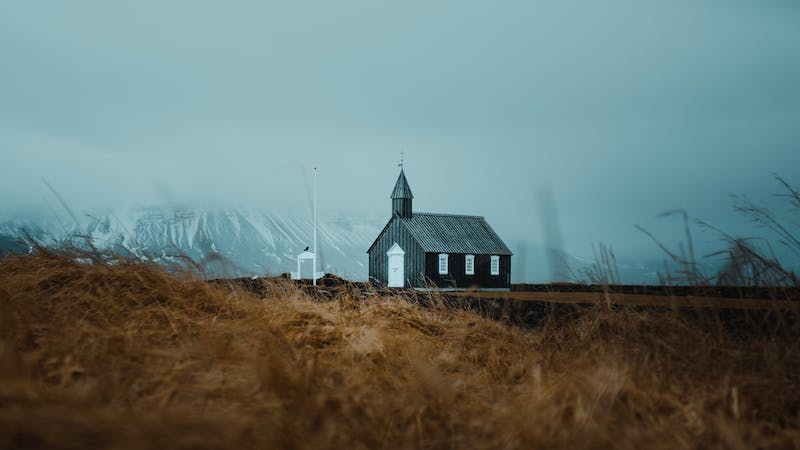 I’ve had the misfortune of receiving the protestation you called a letter. My favorite line was when you asked how we (your superiors) could expect you (a mere afterthought) to damn souls with all those bombs exploding night and day outside your barracks?

You assume Glubgore and our Cannon Battalion are engaged in endless target practice. This, your great error, is somewhat understandable. Headquarters may have, I admit, exaggerated our current position in the war. They did not want to unsettle morale, you see, and thus their reports these past centuries make it perhaps unthinkable that the unpleasant tremor at our gates could be, in reality, the Enemy’s troops firing upon us. But so it is. The humans, though mostly harmless, can make a great deal of noise. They press at the door; their cannons knock.

Now, you mustn’t lose your nerve, nephew. I remember my initial discomfort when Screwtape allowed me my first gaze over the wall, writing, “we see her spread out through all time and space and rooted in eternity, terrible as an army with banners.” “That,” Screwtape confessed, “is a spectacle which makes our boldest tempters uneasy.” Although you might assume that we stand in a defensive position, two thousand years have passed, nephew, and our flag still flies firmly overhead.

And firm overhead it shall always fly. The Enemy shall not advance; noise is all we need fear. Why? Screwtape alluded to one of the main reasons in his very next sentence: “But fortunately it is quite invisible to these humans.” They cannot see themselves as we do. Where might we be if they did?

When the humans look about them in the pews, what do they see? Do they see what we see: handfuls of saints dressed in their Enemy’s blinding armor — golden helmets, shields, and swords — a horror which makes even our boldest tempters tense?

When they gather, what do they hear? You complain of all the blasts and screams of warfare — but do they? Do they hear that cloud of witnesses behind them, the living saints beside them, their dreadful Commander before them urging them onwards? May it never be! They mean to take up that barren banner, The Church Triumphant, but we must show them other, more accurate, slogans.

Even their best soldiers can be deceived into looking at his clumsy comrades with unimpressed glances. As he looks about the congregation at our bitterest foes, show him the Arnett family sneaking into church late (once again); let him catch a whiff of silly Mr. Jones who always smells of his cats; amplify the joyful noise of always-out-of-tune Mrs. Johnson upon him; extinguish any belief that he could possibly be in the presence of anything grand. Wonder loud enough for him to overhear: How could this group possibly be a threat to all that is wrong with the world?

The Enemy, in his matchless arrogance, helps us on this point by choosing mostly the weak, lowly, despised of the world. He wages his warfare with the ducks and squirrels, leaving us the lions and bears. By fighting with these blunt spoons, of course, he means to make fools of us.

Periodically, place upon your man’s mind doubt as to how these people’s bumbling prayers, their simple faith, their small acts of love, and ordinary obedience — spurred on somehow by something like that man’s preaching — could really make any difference at all in the world.

Ask him how could this ragtag assembly of misfit toys really be the grand temple of the Spirit of the living God? Is this really God’s great response to evil? Old widow Ortiz cannot even see the words in her Bible anymore — should she have anything to do with our undoing?

Highlight all the real (worldly) movements for change happening outside the narrow confines of the so-called “buttress of truth.” Enflame the itch to bring about real change, and allow him to recognize the impotence of the church to engage in anything of real importance. Make him clamor to combat the earthly darkness with more of the same, never the cosmic powers behind it.

Next, you must show the church severely wounded. Show her dying out.

Of course, to our shame, she has been “dying” now for centuries, and yet never “dead.” The humans, unversed in history, do not consider how vexing this has been to us.

The more we have mauled her in the Roman Coliseum, or burned her to light the streets, or cut off heads on foreign beaches, the larger she grew. When we persecute her most violently, our gates begin to shake most forcefully. She is never fiercer, we almost discovered too late, than when covered in her own blood.

We contend with a warrior, nephew, who gains more arms, ears, and eyes with each swipe at her. Even when the age of our persecution is bloodiest, she seems the healthier for it in the end. Who is this that grows stronger when wounded? The humans must never know.

Make it sport — especially among the most spiritual — to insult the church. Call her a whore in as many ways as you can devise.

The Enemy, as pointless as it was, claims to have given himself up for her to dress her in the finest clothes and beautify her completely. He claims her as his family, his own body, his bride, and boasts to have “filled her with his Spirit,” “reformed her ways of life,” and “made her precious to him” (all Enemy propaganda, of course). We cannot allow these lies to take hold. Don’t let them think well of her.

The church, with all her reported crusades, abuses, divorces, racism, pornography, adultery, and deformity (this among the “professed” church, of course) is to be apologized for profusely. Suggest, and this constantly, that there is not an actual difference from those who belong to the Enemy and those who belong to us. Don’t let them see that sickening splendor, that horrid stateliness, that perverse potency, that actual transformation in them that has stood despite all our missiles throughout the ages.

Globdrop, though this army has proven an inconvenience for us, though it may appear we fight with our backs temporarily against the wall, to guarantee our campaign, we must keep their blood from stirring at a sight of themselves as eternity sees them. Veil who they are and the effect of what they accomplish while continuing to unveil the oddities, the annoyances, the awful mundaneness of the day-to-day and the week-to-week.

Assure your man that this mission is small, the stakes smaller, and those with him the smallest of all — hardly anything to take too seriously. Nothing of value transpires during their prayers, their sermons, their evangelism, their gatherings — at least, nothing to outweigh the afternoon sports game.

The Quiet and Crucial Work of Deacons – Marshall Segal

Seventy Years Without Shipwreck: Five Reasons That Some Fall Away – John Piper