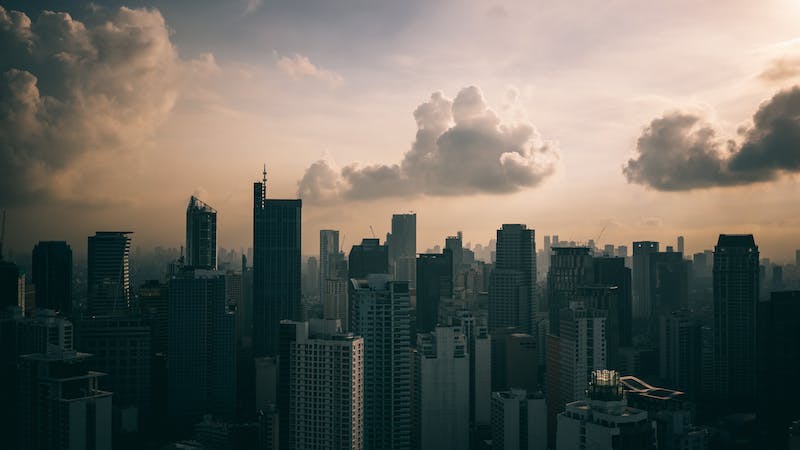 Holy, holy, holy, is the Lord God Almighty, who was and is and is to come!
(Revelation 4:8)

What, if anything, might you say when you stand for the first time before the throne of God?

In that moment, you might say, “Woe is me!” as the prophet did when he saw a vision of God on his throne (Isaiah 6:5). It wouldn’t be inappropriate for us to sense our utter unworthiness and inadequacy, to freshly perceive the chasm between us, as creatures, and our Creator — and not just as creatures, but as sinners. We have rebelled against the one who made us, the one to whom we owe all honor and allegiance. We cannot stand before him, on our own two feet, as deserving of anything more than his righteous wrath and judgment.

Yet, in that moment, before God himself, however much woe we might own, it would not be right to focus much on ourselves. Surely, in the immediate presence of God Almighty, we would lift our eyes beyond our inadequacy and failings, and behold his glory, and declare his praise. And as we open our mouths to speak, to try to ascribe to our Lord the glory due his name, what might we say?

Would not human language fail us? What do you say, in finite human words, when standing before the infinite God? Can any word or statement match such a moment? Will not any language we reach for prove trivial and inadequate? Perhaps we won’t even be able to muster a word, but just stand in awe and silence.

But if, here, in the presence of God, we are able to utter one word of praise, we do have something to say. And say again, and again.

When the prophet Isaiah caught a glimpse of God in heaven, seated on his throne, he saw in God’s presence the six-winged celestial creatures, called seraphim, crying out to one another in praise of God, “Holy, holy, holy is the Lord of hosts; the whole earth is full of his glory!” (Isaiah 6:3). Before the prophet felt the weight and tarnish of his own sin, and declared woe on himself, he first heard, and was caught up into, the angelic praise of heaven — not just holy, but holy, holy, holy.

So also the apostle John, centuries later, when he peeked into heaven, saw “four living creatures, each of them with six wings . . . and day and night they never cease to say, ‘Holy, holy, holy, is the Lord God Almighty, who was and is and is to come!’” (Revelation 4:8).

God has given us a word that is especially fit for declaring his praise when all other language fails us. We often praise him in ways we can understand, borrowed from our finite and limited human experience. We praise his strength, his love, his justice, his mercy. But we also grow to realize, in fits and bursts, that God’s value and worth not only fill up our human categories but far surpass them. He is even more strong than we know. Even more loving. Even more just. Even more merciful.

In those moments, when we sense we have exhausted the comparisons to our world and experience, we have a word to reach for: holy. When we’re aware of his uniqueness, that he is in a class by himself, utterly set apart from us, higher than us and gloriously other, we cry holy. When we catch but a glimpse of his infinite intrinsic value — and wonder in worship, Who else is like this? — we bow and cry holy, holy, holy.

Who Else? What Other?

No one else wields the authority of our God. No one else commands the hosts of heaven. No one else makes kings — not just some kings, but one day soon all kings — bow down. No one else can make darkness itself tremble with a whisper.

No other glory is like his. No other deserves such praise. No other splendor outshines the sun. No other beauty, no other power, no other name is like his, consuming like fire, raising the dead, unshakably triumphant — and all the more after those brief moments when it has looked to human eyes like defeat.

What more can we possibly say? Holy, holy, holy.

Come and Call Him Father

How, then, in the face of such authority, such glory, such power, do we not cower? How can we hear his summons and come with anything but dread? Why do we not flee, futile as it would be, from such majesty when we, in ourselves, are deserving of no more than woe?

Because the holy God is not only awesome in authority and power, but also in grace and mercy. Who else is like him? Who else is holy? Who else, as the capstone of his glory, rescues sinners like us from our failings? Who demonstrates his love toward us in that while we were yet sinners, Christ died for us?

This holy God sent his own Son. He offered him up for our sins. And he raised him from the dead, seated him at his right hand, and now, through faith in him, extends to us all the rights and privileges of divine sonship. Only the holy God.