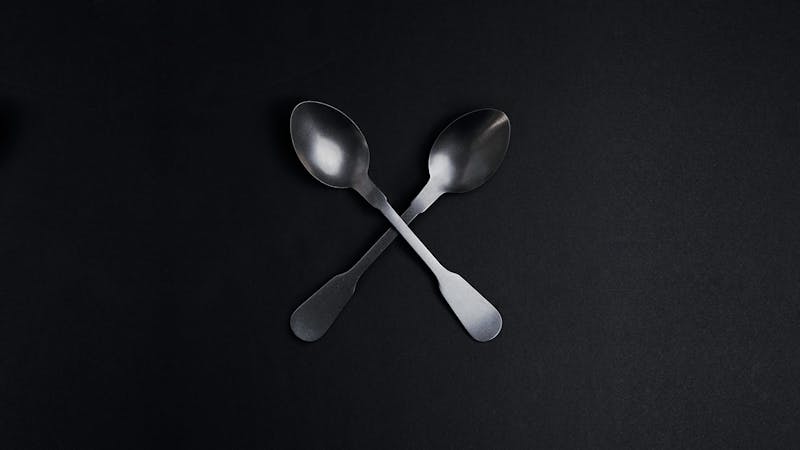 Am I humble? It’s a tough question to answer. For one, humble people don’t spend a lot of time thinking about themselves, especially their own humility. But it may be a constructive question to ask on occasion. And what if you started that next self-evaluation by asking, “When’s the last time I fasted?”

Fasting, biblically speaking, is an act of self-humbling. Prayer, we might say, is the quintessential act of self-humbling, as we confess to God some inability on our part and attribute decisive power to him. However, certain intensity in prayer, born in days of unusual desperation, can be especially self-humbling. And these kinds of prayers, in Scripture, are often accompanied with fasting.

So, without being an exact measuring stick, fasting can indeed be a good indicator of genuine humility. Whether you’re considering fasting afresh, or for the first time, as an act of self-humbling, it may be valuable to rehearse four often-overlooked Old Testament passages that explicitly connect fasting with self-humbling.

The first comes in a most surprising place, in the life of one of Israel’s all-time worst figures: Ahab, whose very name has become proverbial for evil. Few leaders in the history of Israel descended to such depths of depravity. In 1 Kings 21, King Ahab desires to acquire the vineyard of a man named Naboth, because it is near to the palace. When Naboth refuses to sell, Ahab’s wicked wife, Jezebel, arranges to have Naboth falsely accused and stoned. Once he is dead, Ahab seizes his vineyard.

God then speaks to Ahab, through the king’s nemesis, the prophet Elijah:

The narrator reminds us, while we wait for Ahab’s response, “There was none who sold himself to do what was evil in the sight of the Lord like Ahab” (1 Kings 21:25). Surely, such an evil king, we might think, with such a record of recalcitrance, will write off this judgment. He might even spit in the prophet’s face, or attempt to have him killed.

Instead, the almost imponderable happens. “When Ahab heard those words [from Elijah], he tore his clothes and put sackcloth on his flesh and fasted and lay in sackcloth and went about dejectedly” (1 Kings 21:27). Ahab humbled himself and fasted before God. And as unlikely as this wicked king’s humility might have been, God’s response is all the more surprising. God speaks to Elijah again,

A measured word, for sure, but a startling mercy nonetheless. Disaster is not averted for the dynasty, but it is for Ahab. How ready is our God to show mercy, even for one who gave himself to evil like no other? God looked on Ahab’s humbling himself, expressed through fasting, and God put the disaster on hold.

Fasting, not only for Ahab but throughout Scripture, is temporarily abstaining from food for a spiritual purpose. One might abstain from other habits that are otherwise good, but fasting from food is especially fitting. Food is vital for life, and yet God has equipped humans with the ability (unpleasant as the experience may be) to go without food for days on end, even as long as three weeks. (By contrast, we can go without breathing only for a few minutes, and without water for a few days.)

Just as God designed our bodies for food, he also designed them for fasting. But fasting is not the normal state. It is a temporary and occasional measure for seeking God in some special way. Fasting declares, “God, you are even more important than something so basic as daily bread — with which I’m going without in view of this special need for more of you.”

Fasting is an act of self-humbling by declaring our need to God, and by showing us afresh how weak we really are — as we experience the anxiety and irritability that come with an empty stomach.

Perhaps Christians today typically think of fasting (if we think of it at all) as a scheduled practice. Under the terms of the old covenant, God’s people observed scheduled fasts. So also, some today (may their number increase!) observe weekly or monthly fasts, whether individually or corporately.

But Ahab’s surprising act of self-humbling marks another important way of thinking about fasting, one that often goes overlooked: fasting as a response when God humbles us. Ahab didn’t have this fast on his calendar. It wasn’t his plan or initiative. God broke in unbidden and interrupted his pattern of sin. God’s prophet confronted him, exposed his sin, and announced judgment. First, God humbled Ahab. Then, the king responded by fasting.

And, at least in this moment, Ahab’s fast was an expression of a heart genuinely humbled. His fasting did not earn God’s mercy. Rather, it was an outward channel for expressing a heart that received God’s humbling word against his sin. Ahab put on sackcloth, and went without food, to own the seriousness of his offense against God and to demonstrate a heart of repentance. And God saw that and honored it — for even such a one as Ahab — revealing a wideness and readiness in his mercy that should inspire us to go without, even today.

In addition to 1 Kings 21, three other passages explicitly link fasting and self-humbling. The first, Psalm 69:10, has an inward focus or orientation, like Ahab’s fast: to express repentance. David says, “I wept and humbled my soul with fasting.” This is the most common and basic form of responsive fasting. God gives a fresh realization of some grave and/or long-standing pattern of sin, and the ensuing fast expresses genuine sorrow for that sin, indiscretion, or error.

However, David’s fast in Psalm 69 is not quite as simple as Ahab’s. David’s fast also could be an expression of grief over the ill-treatment he has received from his enemies, who made his sin (and fasting) an occasion to sin against him (Psalm 69:10–11). That’s a second major category of fasting, with an outward orientation, grieving hard providences. Such a fast gives voice to mourning painful circumstances, as in the seven-day fast for the death of Saul (1 Chronicles 10:12), or when Haman’s edict arrived (Esther 4:3; see also Psalm 35:13–14; Ezra 9:2–5).

A third major category of fasting takes a forward orientation, seeking God’s favor. Before setting out from Babylon, Ezra proclaimed a fast “that we might humble ourselves before our God, to seek from him a safe journey for ourselves, our children, and all our goods” (Ezra 8:21). Here fasting serves as an intensifier alongside “forward” prayers for God’s guidance, traveling mercies, and hand of favor. Ezra reports, “So we fasted and implored our God for this, and he listened to our entreaty” (Ezra 8:23). This kind of fasting forsakes self-reliance and admits our inability to produce or even predict the desired outcome (James 4:13–16).

Finally, the fourth passage that links fasting and self-humbling is Isaiah 58:3–5, which sounds an important warning about what fasting is not.

The nation is in steep decline, and the people’s hearts are divided. Their devotion to God has become a shell, an outward show. They fast to manipulate God, rather than to express a humble heart — and God does not honor it. They ask God, “Why have we fasted, and you see it not? Why have we humbled ourselves, and you take no knowledge of it?” (Isaiah 58:3). God answers through his prophet,

Behold, in the day of your fast you seek your own pleasure. . . . Fasting like yours this day will not make your voice to be heard on high. Is such the fast that I choose, a day for a person to humble himself? (Isaiah 58:3–5)

In other words, your fasting is just a show to serve your cravings, not the sincere expression of humble hearts. The external actions alone, apart from humility, are in vain. God will not be moved by such efforts. He sees the heart — as he did in Jesus’s day, when Pharisees sought to turn fasting into self-exaltation (Matthew 6:16–18). The same still happens today.

When we know that our God stands so ready to show mercy, like he did for such a wretch as Ahab, how can we not ask? Not only in daily prayer. And not only in scheduled fasts. But spontaneously.

Next time his humbling hand descends, what if you responded with prayer and fasting?

The Resilient Mother: How We Bend Without Breaking – Michele Morin