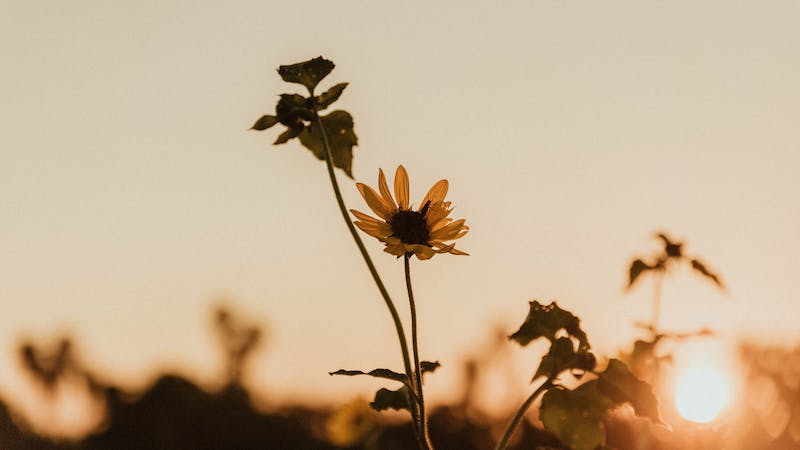 If we consider all the things we could be afraid of, we can quickly see why don’t be afraid, in one form or another, is one of the most repeated commands in Scripture. Put positively, God calls us to “be strong and of good courage” (Daniel 10:19).

But how can we become courageous?

Fear is often our natural response. We don’t have to think of all our reasons to be afraid; fear comes unbidden. But being strong and courageous doesn’t come naturally. Often, we have to think through different reasons why we ought to overcome our fears with courage. God calls us to take courage because it doesn’t just come naturally; we have to fight for it. Confronted with fears on every side and even from within, courage must be seized.

Scripture is full of men and women of remarkable courage.

Abraham showed courage in obeying God’s directive to leave Haran for a land he would show him (Genesis 12:1). He left all that he knew, “and he went out, not knowing where he was going” (Hebrews 11:8). Later, he shows more strength on the side of Mount Moriah as he obediently prepares to sacrifice his only son, the son of God’s promise (Genesis 22; Hebrews 11:17–19).

Jacob showed courage while facing a brother who had vowed to kill him (Genesis 32–33). Joseph displayed courage while enduring prison for a false charge (Genesis 39–40), then facing Pharaoh who wanted him to interpret his dreams (Genesis 41).

Then there’s Moses who repeatedly faced a hostile Pharaoh (Exodus 5–12) and later led the newly-liberated Hebrews through the Red Sea “as on dry land” (Hebrews 11:29). There’s Joshua leading one military campaign after another against entrenched foes. There’s Rahab risking everything on Yahweh being the true God (Hebrews 11:31).

Then there’s Jesus, who faced a terrible force far greater than all of the dangers above combined, indeed greater than all of the combined mortal dangers ever faced by every person who has ever lived: the wrath of God against the sin of mankind (Romans 1:18). For him to live with the knowledge of this approaching event (John 12:27), to deliberately walk into it (Luke 9:51), and to willingly and faithfully endure its horrors (Hebrews 12:2), even when he had the power to stop it at any moment (Matthew 26:53), required unfathomable courage.

Each of these biblical saints had to take the courage their actions required. They took the action they believed was right, in spite of the fear they experienced at the thought of taking it.

What fueled their courage? Faith. Courage is an act of faith, because the courageous person acts on what he believes to be right despite the threat of real or apparent danger.

One doesn’t have to believe in the triune God to take courageous action. History is full of stories of great acts of courage by people of other faiths or no religious faith. Their action was still fueled by faith of some sort because they believed it would result in a greater good, or at least, for conscience and reputation’s sake, represent a higher moral good than capitulating to the fearful alternative.

What does “good courage” look like? Paul gives a clear illustration:

So we are always of good courage. We know that while we are at home in the body we are away from the Lord, for we walk by faith, not by sight. (2 Corinthians 5:6–7)

What does Paul say fuels “good courage”? God’s promise of eternal life and the final resurrection to those who believe in Jesus (2 Corinthians 4:16–5:5). And seeing this by faith (not physical sight) gives us courage to face the fear-inducing “wasting away” of our mortal bodies and the various forms of “affliction” we experience in this fallen world (2 Corinthians 4:16–17).

In other words, good courage is fueled by faith in ultimate reality: what God promises his people. We are to be encouraged by God’s promises to forgive all our sins (1 John 1:9), to never forsake us (Hebrews 13:5), to cause light to dawn in our darkness (Psalm 112:4), to provide for all we really need (Philippians 4:19), to provide an escape in every temptation (1 Corinthians 10:13), to work all things, even the worst things, for our ultimate good (Romans 8:28), to cause us to ultimately overcome our worst enemies (Romans 16:20), to make us live, though we die (John 11:25), to someday wipe away every tear (Revelation 21:4), and to give us fullness of joy and pleasures forevermore in his presence — because of his presence (Psalm 16:11). And many, many more such promises.

Since courage is fueled by faith, and faith is believing God’s promises — or as John Piper more precisely puts it, believing all that God promises to be for us in Jesus (2 Corinthians 1:20) — biblical courage, “good courage,” results directly from taking hold of these promises. We must take courage.

This is exactly what David was doing when, faced with dangerous opposition, wrote,

in the land of the living!

Wait for the Lord;

be strong, and let your heart take courage;

Courage is always fueled by faith. Good courage is fueled by faith in the ultimate good of the real God and all he promises to be for us in Jesus. Therefore, good courage must be taken — we must take hold of real promises given by the real God so that having done all, we can stand firm in the evil day (Ephesians 6:13). Come what may, we know that we “shall look upon the goodness of the Lord in the [eternal] land of the living” (Psalm 27:13).

Since all the promises of God are yes to us in Jesus (2 Corinthians 1:20), we must not be cowards but let our hearts take courage by believing that what God has already promised is yes to us.

How Do I Not Provoke My Children? – John Piper