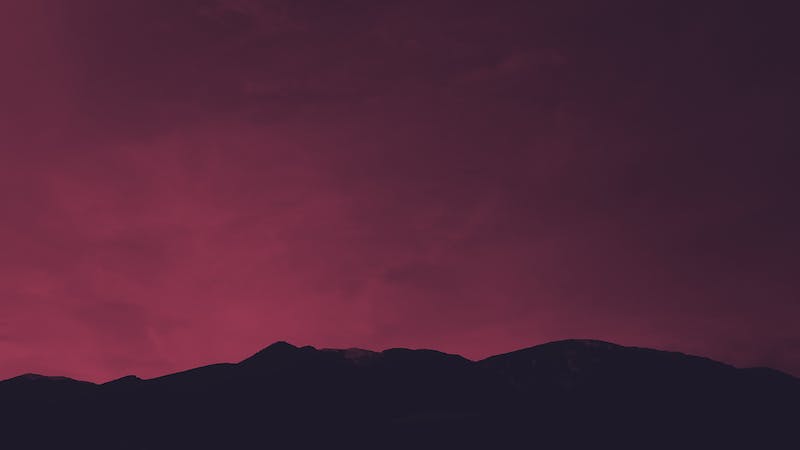 It was only 24 hours, like every other day. After the long night, the sun came up, patiently ran its course across the sky, and disappeared. Night came again. But to the disciples and close friends of Jesus, as they replayed the shock and horror of that previous day over and over, it must have felt like the longest day in the history of the world.

On that insufferably long Saturday, what particular moments might they have grieved most? Did they remember the whip, the crown of thorns, the anguish on the faces of every sympathetic witness? Did they rehearse the words he spoke, in torment, giving grace to his mother, grace to a criminal, grace to his revilers, grace to his enemies? Did they reflect on the spear that pierced his side, confirming once and for all that their Messiah was dead?

And yet, in their utter devastation, as spasms of grief must have come in waves, did they have it in them to even wonder about that surprising, almost unnerving, way his dead body came down from the cross? Might they have even dared to hold onto a tiny, almost invisible ray of hope hidden in six surprising words? As the apostle John writes, “They did not break his legs” (John 19:33).

The Gospel of John tells us of the unusual circumstances surrounding the removal of the bodies from the crosses that Friday. The Sabbath of the Passover was the next day (“that Sabbath was a high day,” John 19:31). This presented a problem. As D.A. Carson explains,

The normal Roman practice was to leave crucified men and women on the cross until they died — and this could take days — and then leave their rotting bodies hanging there to be devoured by vultures. If there were some reason to hasten their deaths, the soldiers would smash the legs of the victim with an iron mallet (a practice called, in Latin, crurifragium). Quite apart from the shock and additional loss of blood, this step prevented the victim from pushing with his legs to keep his chest cavity open. Strength in the arms was soon insufficient, and asphyxia followed. (The Gospel According to John, 622)

So, it was the Jewish leaders, John reports, who asked Pilate to have the legs broken so the dead men could be taken away before the high day (John 19:31). The soldiers smashed the legs of the two criminals, but when they came to Jesus, and “saw that he was already dead, they did not break his legs” (John 19:33).

They did not break his legs. Instead, they pierced his side with a spear, to confirm he was dead. And the apostle John caught a glimpse of hope, and peculiar glory, in this surprising turn of events. Whether he dared to trust a hope, even on that Holy Saturday, or only later reflected back on this turn, John saw meaning in that utterly surprising providence.

Can you hear the song in the distance? In keeping his bones intact and unbroken, might God himself be humming the ancient tune of Psalm 34, even on this darkest of days?

Many are the afflictions of the righteous,
but the Lord delivers him out of them all.
He keeps all his bones;
not one of them is broken. (Psalm 34:19–20)

Many readers today hardly know what to do with these unbroken bones. We no longer attach much symbolic significance to bones, as the ancients did. We scratch our heads at God’s pledge to “keep all his bones,” as if that were a comforting promise to one who has already died. But in the Bible, bones are often filled with the marrow of figurative meanings, depending on the context.

The first two books of Scripture include prominent mentions of bones, strange to our modern ears. First, perhaps no bones in Scripture are more famous than Joseph’s. The book of Genesis ends with Joseph making the sons of Israel swear to bring up his bones from Egypt to the Promised Land when God delivers them (Genesis 50:25). And when the nation makes its exodus, the pledge is fulfilled:

Moses took the bones of Joseph with him, for Joseph had made the sons of Israel solemnly swear, saying, “God will surely visit you, and you shall carry up my bones with you from here.” (Exodus 13:19)

The book of Joshua also ends with Joseph’s bones, and closes the arc: “As for the bones of Joseph, which the people of Israel brought up from Egypt, they buried them at Shechem, in the piece of land that Jacob bought” (Joshua 24:32). In the New Testament, Hebrews celebrates Joseph’s concern for his bones as a great act of faith: “By faith Joseph, at the end of his life, made mention of the exodus of the Israelites and gave directions concerning his bones” (Hebrews 11:22).

Just breaths before Joseph’s bones are mentioned in Exodus 13, the people receive instructions about the Passover lamb, and its bones, in Exodus 12: “It shall be eaten in one house; you shall not take any of the flesh outside the house, and you shall not break any of its bones” (Exodus 12:46; also Numbers 9:12). There is something sacred, it seems, about the bones. Why add this instruction to not break the bones of the sacrificial lamb? The picture is not yet complete.

Bones Back to Life

Centuries later, we come to Ezekiel 37 and the vision of a valley of dry bones. These are human bones — the final remaining part of bodies that once lived. The dry bones represent the lifelessness of God’s people, and yet not utter devastation. Not all has been lost. Something remains, even in death: the bones. And God tells Ezekiel to prophesy, and when he does, flesh returns to the bones, and breath returns to the restored bodies, and an army of God’s people is raised from the dead.

In other words, intact bones, kept bones, unbroken bones, represent the hope of resurrection — that God, in his perfect timing, will reassemble the bones, and restore the flesh, and give breath, and bring dry bones back to full life with resurrection power.

God’s keeping the bones of the righteous in Psalm 34:20 is a promise of resurrection. As Derek Kidner writes about the stunning claim of verse 19 — that the Lord will deliver the righteous out of all his afflictions — this “sweeping affirmation . . . urges the mind to look beyond death” (Psalms 1–73, 141). God keeps the bones of his people, in death, in order to restore them to new life.

Note well, the promise of resurrection does not mean a promise of no death. In fact, the promise of resurrection assumes death. You must first die to be brought back to life. Psalm 34:20 does not promise the righteous man will not suffer in the flesh, and even suffer to death. But it does promise that God will raise him. God will put him back together and give him flesh again and breath again. And affliction, even if it kills him, will not defeat the righteous in the end. Which is not only figuratively true for Jesus, but literally. And that first ray of resurrection hope.

Not One Bone Broken

These things took place that the Scripture might be fulfilled: “Not one of his bones will be broken.”

When we see this deep meaning in unbroken bones, we come with John to that darkest and most terrible of hours, with the lifeless body of the Messiah nailed to the cross, and we find a startling first glimmer of hope. They did not break his legs. The soldier with the iron mallet pauses, seeing he is already dead. The one with the spear pierces his side and confirms it — and the bones of Christ remain unbroken, intact, kept in the providential care of his Father, who will put them back together and raise him. It’s only a matter of time.

Jesus will rise. He will not stay dead. Long as Holy Saturday may be, these unbroken bones are the turning point. Here is an invitation to his disciples to dare to hope, even as they wipe the tears from their eyes. God is watching over this righteous man, and the death he did not deserve. And God has kept his bones. He will raise them. And in Christ, he will raise ours too (Ephesians 2:5–6).

As God’s covenant people in Christ, we make no pretense to being immune to fears, troubles, afflictions, and even death. Yet in the most trying of times, and even in death itself, our God keeps hope alive. In Christ, he promises resurrection on the other side. And he will deliver his people, not in our preferred timing, but in his. Sometimes, it’s only one day away.

If we only knew deep down, in our bones — in the midst of our afflictions, however severe — what a resounding rescue we have coming, how much more ready might we be to bear up under our momentary trials, including the darkest and longest of days.

The Quiet and Crucial Work of Deacons – Marshall Segal

Seventy Years Without Shipwreck: Five Reasons That Some Fall Away – John Piper