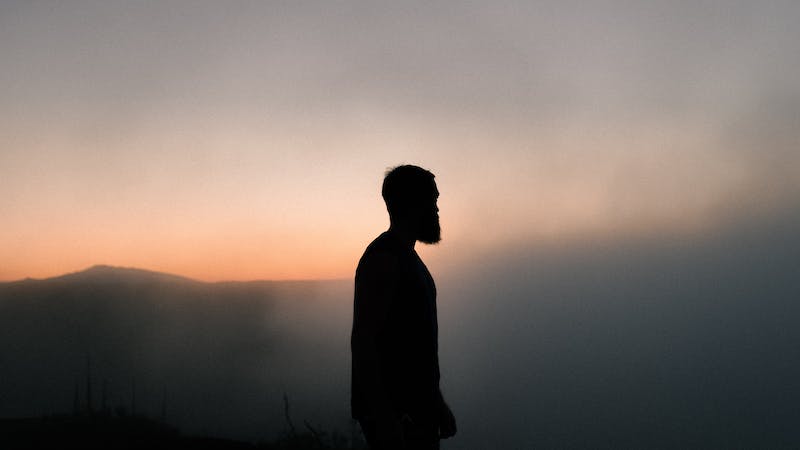 Praise be to God for your man’s continued progress in grace. We marvel at the mercies that daily attend him; what he has become (and is becoming) makes demons sneer and seraphs praise. What a privilege — through such a world of dangers, devils, and delusions — to see him safely home.

Regarding this task, your question ending your letter is a fitting one, Why doesn’t your man see himself as we angels do? Why does he, an object of steadfast love and faithfulness, saunter about life as though he were a mere beast of the field? Why do birds sing more cheerfully when he is worth much more than many sparrows? While he feels proper contrition over his sin, why does it seem he misses the obvious: he is a walking miracle, a spoil of heavenly warfare, a future judge of us angels, a soon-to-be ruler of the cosmos, a son of God, a man truly alive?

We, of course, gaze over the precipice, waiting eagerly with all of creation to watch the revealing of the sons of God. Heaven shakes with violent joy every time one sinner repents and becomes new. Why do some vessels of mercy then possess such little celebration, joy, wonder? Are not such realities too bright to stare at: “created in Christ Jesus”? “His workmanship”? “Born again”? “Raised with Christ”? How can they think such small thoughts of great things?

Lucifer, that slanderer of the saints, lives to distort their identity in Christ (if he cannot rob them of it completely). This isn’t surprising as he even rode this temptation into battle against our Master himself. The Father’s declaration “You are my beloved Son; with you I am well pleased” (Luke 3:22) hardly fell from heaven before his fork-tongue sought to steal it: “If you are the Son of God . . .” (Luke 4:3).

Uncreative, he still strikes at their identity today — old devils don’t learn new devices. Toviel, we must remind them — from the Book — of the wonder God has wrought of them.

First, help him locate himself in the great story. He tends to feel so small and insignificant. He reads about heroes of old and feels like he lives in a different world of faith than theirs. But would Abraham, Sarah, Moses, Ruth, David, Joseph, Elijah, Esther, Jeremiah, Ezekiel even recognize the glory he possesses? They heard but whispers and saw but shadows — he possesses what was always to come.

Your man is a walking fulfillment of what they saw by prophesy — if only he could weigh it. Jeremiah and Ezekiel spoke of the regenerate saint in foretelling the new covenant, his covenant (Ezekiel 36; Jeremiah 31–32). Oh, to be a member of the church, the people of “I will” . . .

New thoughts. New affections. New hearts. New obedience. New certainty. A new Spirit. A new fear. A new covenant. A new life. Our Master’s blood triggered the ancient prophesies, at Pentecost he ignited them, and at his second coming he will consummate them. “This cup that is poured out for you is the new covenant in my blood” (Luke 22:20).

Help your man understand that it was better for Christ to be here in heaven, so that the Spirit of heaven might come and live within him.

What was this new life foretold but a life of resurrection — spiritually now, and later, physically.

You observe his bashfulness to share his testimony with those whose conversions he deems more “exciting” than his own. Since when is the animation of any sinner — called, forgiven, washed, adopted, raised from the dead — not electrifying to behold? His sheer existence exclaims God’s power, confounds hell, and perplexes the world.

To awaken wonder, remind him of that ancient illustration of the dawning of the new covenant. It begins grim, in a graveyard of bones — not even buried — strewn about the ground. Can he see his, lying there, picked at by the birds? The question was asked, can these dry bones live? (I, for one, shook my head in response.) Then the commandment, “Breathe on these slain, that they may live” (Ezekiel 37:9). We stood by, watching. Ezekiel prophesied, and we heard the unforgettable sound of bones rattling, fastening together as “breath came into them, and they lived and stood on their feet, an exceedingly great army” (Ezekiel 37:10).

O Toviel, your man was one of these, spiritually dead and beyond hope. But God breathed into him by the Spirit. We heard him rattle, stand, and breathe new life. No longer is he a child of wrath, a soldier of Satan, like the rest of mankind. Against all hope, he is alive to God, raised up with Christ — already. He has died and his life is now hidden with Christ — already (Colossians 3:3). He never again can be who he once was — already. “If anyone is in Christ, he is a new creation. The old has passed away; behold, the new has come” (2 Corinthians 5:17). Your man is a resurrected man.

Oh, how the humans gawked when our Master closed his eyes and opened tombs in Jerusalem, and some walked the streets (Matthew 27:51–53). Your man said he wished to have seen it. He says this — oh, for greater eyes of faith! — he says this sitting across from a resurrected one, singing beside resurrected ones, journeying alongside those who “have been raised with Christ” and put on the new man, Christ Jesus himself (Colossians 3:1, 10).

A gulf is already fixed between the truly regenerate and who he once was. I know he doesn’t always feel it — so wonderfully sensitive to deviations from our Master’s will — but the glorious truth remains. From death to life, from lawlessness to righteousness, from darkness to light. From sons of Satan, slaves of sin, foolish, led astray, passing their days hated and hating one another to the grandeur of “God’s chosen ones, holy and beloved” (Colossians 3:12), washed, clothed, regenerated, and — can you yet imagine it? — filled with his own Spirit!

Our Master and theirs toppled every Babel of man-made religion with the pronouncement, “You must be born again.” No amount of religious habits, good works, or heartwarming sincerity will substitute. “That which is born of the flesh is flesh, and that which is born of the Spirit is spirit” (John 3:6). “Anyone who does not have the Spirit of Christ does not belong to him” (Romans 8:9). “Neither circumcision counts for anything, nor uncircumcision, but a new creation” (Galatians 6:15).

But he is alive and spiritual — born from above. He walks with God more intimately than Adam in Paradise or Moses upon Sinai. The Spirit, sent from our Lord after his ascension, now dwells in them, not merely comes upon them. They are the temple of the living God, whose breasts blaze, unthinkably, with God himself (2 Corinthians 6:16–18).

Here is man as he was always intended to be. Note that. Adam was not the pinnacle of mankind. The second Adam — and those recreated in his image — stand as the mountain peak to humanity’s sunken graveyard.

Your man is still not yet perfected, for John writes, “Beloved, we are God’s children now, and what we will be has not yet appeared; but we know that when he appears we shall be like him, because we shall see him as he is” (1 John 3:2). But they are God’s children now — resurrected, Spirit-filled, alive to God, spiritual, sons and daughters for his glory. And this is vital for them to know and receive by faith if they are to walk in a manner worthy of God.

Never forget: the reality always precedes the behavior. Indeed, it is the cause of behavior. Resurrection precedes a resurrected life — with all its glorious works. Yet to live as they ought, they also must know who they are. “Do not become partners with them; for at one time you were darkness, but now you are light in the Lord. Walk as children of light” (Ephesians 5:7–8). “Cleanse out the old leaven . . . as you really are unleavened” (1 Corinthians 5:7).

He is a child of light, born from above, a trophy of unsearchable mercy, a product of ancient promises, a forgiven one with a new indwelt power to obey. Chosen of God. Destined to bathe in the eternal smile of that face thrice holy, blazing as ten thousand suns at midday. A son of promise. A son of mercy. A son of God.

Oh, that they might see themselves through his eyes. What boldness is theirs, what wonder, what praise, what astonishment, what humiliation, what unutterable splendor, what unconquerable joy.

In The Gabriel Letters, a senior angel (Gabriel) counsels a junior angel (Toviel) on how to assist a human against the temptations of demons and how to bring him home to heaven. This series is inspired by the classic work of C.S. Lewis, The Screwtape Letters.