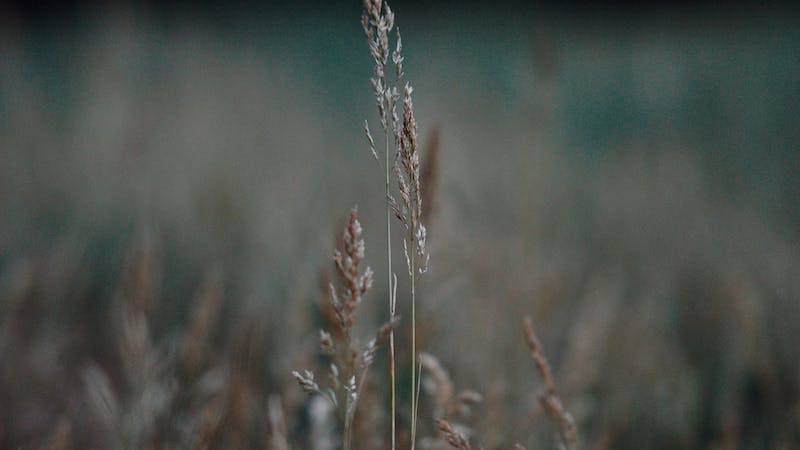 John Piper has tried to capture this reality with the term “brokenhearted boldness.” The word boldness is self-evident, connoting truth and confidence and courage and strength. The word brokenhearted is not quite as obvious. It refers to a spirit of contrition, trembling, sympathy, and gentleness. People who are “brokenhearted” put on “compassionate hearts, kindness, humility, meekness, and patience” (Colossians 3:12).

Brokenhearted boldness is not a phrase you will find in the Bible. But once you have eyes for it, you’ll see the concept everywhere. I would like to point to a few places where it emerges in the teaching of the apostle Paul.

Before we turn to Paul, however, it may be helpful to reflect on how these two things — boldness and brokenheartedness — are often combined.

Another tactic for putting together the virtues — one more common to Christians — is to think of each of them as being fitting for different seasons or occasions. On this approach, Christians could paraphrase chapter three of Ecclesiastes, “For everything there is a season, and a time for every matter under heaven: a time to be brokenhearted, and a time to be bold.” Yes, God calls us to be both. But not necessarily at the same time.

A better way to put the two together is to see the call to brokenhearted boldness as a desirable steady-state description of the Christian life.

This looks different than the 50/50 approach of Aristotle, because the Christian ethic has a different calculus. Instead of aiming for an abstract ideal formed by reason, it seeks to conform to a Person — one who is both a lion and a lamb (Revelation 5:5–6), who is infinitely transcendent but became incarnate to dwell among us. We follow the whole Christ, full of grace and full of truth (John 1:14).

It also looks different than the call for us to be brokenhearted at times and bold at different times. Of course there is some truth to this. Funerals look and feel different than weddings. But Paul spoke of his own life and ministry “as sorrowful, yet always rejoicing” (2 Corinthians 6:10). He said that we should speak the truth in love (Ephesians 4:15). Our truth-speaking, he said, should “always be gracious, seasoned with salt” (Colossians 4:6). Paul was never ashamed to preach the gospel (Romans 1:16), and yet he was quick to identify himself as “the very least of all the saints” (Ephesians 3:8), “the least of the apostles” (1 Corinthians 15:9), and even the chief of sinners (1 Timothy 1:15).

This is the muscular Christianity of the apostle — shipwrecked, beaten, stoned, imprisoned, mocked, and absolutely undeterred. Nothing could stop him from proclaiming the good news of Jesus Christ.

Less noticed, however, is the spirit of love Paul intended to permeate every act of gospel courage and correction. For example, immediately after writing, “Stand firm in the faith, act like men, be strong,” he adds, “Let all that you do be done in love” (1 Corinthians 16:13–14).

John Stott wrote, “The truth is that there are such things as Christian tears, and too few of us ever weep them.” Whatever else may be said, we can at least say it was not so with Paul. Paul spoke to the Ephesian elders in Acts 20:31, reminding them that for three years, day and night, he would “admonish every one” — that’s the bold part we know so well. But he did this hard work of admonishment “with tears” — there’s the brokenhearted spirit we tend to miss.

In Acts 20:19, Paul notes that he endured “trials that happened to me through the plots of the Jews” — there’s the stiff backbone. But he did it “serving the Lord with all humility and with tears” — that’s the lowly spirit.

Reflecting back on his painful visit to the Corinthian church and a hard letter he had written them, he claimed, “I wrote to you out of much affliction and anguish of heart and with many tears, not to cause you pain but to let you know the abundant love that I have for you” (2 Corinthians 2:4).

Even in Harsh Honesty

Even Paul’s harshest language — used against false teachers when the nature of the gospel was at stake — is enveloped by this theme.

Right before he warns against the evil teachers of Philippians 3:2 as “dogs,” he says that the church should “rejoice in the Lord” (Philippians 3:1). Immediately after the comment, he meditates on his own imperfection and why he has no confidence in the flesh (Philippians 3:4–16). He calls upon them to imitate him, noting that “For many, of whom I have often told you and now tell you even with tears, walk as enemies of the cross of Christ” (Philippians 3:18).

Paul was bold enough to identify and call out enemies of the Christ; he was tender enough in spirit for it to pain him to the core, so that tears wet his face as he sought to fight back the wolves.

In the book of Galatians, where he says that the Judaizers who think they can be justified by circumcision should just “cut themselves off” (Galatians 5:12, my translation), he says a few verses later that anyone caught in a transgression should be restored “in a spirit of gentleness” (Galatians 6:1).

Critics of what I am identifying here often dismiss this as the “tone police.” But Paul himself told the Galatian church that he was perplexed by them and longed to see him face to face so that he could change his “tone” (Galatians 4:20). Speaking hard words was not at the heart of who he was, even if he had to do it at times. Critics often point out that niceness is not a fruit of the Spirit. But I would remind them that kindness and gentleness are (Galatians 5:22–23).

When Paul wrote his Pastoral Epistles, he explained that gentleness was a requirement to be an elder (1 Timothy 3:3). He told Timothy to pursue both steadfastness and gentleness (1 Timothy 6:11). He told Titus “to avoid quarreling” and instead “to be gentle, and to show perfect courtesy toward all people” (Titus 3:2). Even when a pastor is required to correct false teaching with a sharp rebuke (Titus 1:13), it should be done from a heart of gentleness and with a longing for God to grant the gift of repentance (2 Timothy 2:25).

This is not a man who delighted in the cleverness of his sarcasm, satire, and mockery. When he had to use harsh words, they were meant to keep at bay the ravaging wolves, not to beat up on the wandering sheep. Paul sought to imitate “the meekness and gentleness of Christ” (2 Corinthians 10:1), urging his readers “to walk in a manner worthy of the calling to which you have been called, with all humility and gentleness, with patience, bearing with one another in love” (Ephesians 4:1–2). The words that come out of our mouths, he said, should be “only such as is good for building up, as fits the occasion, that it may give grace to those who hear” (Ephesians 4:29).

Rare Qualities of a Saint

No one doubts that Paul was bold. But we often forget that he was also meek. Jonathan Edwards wrote that “Religious sorrow, mourning, and brokenness of heart are . . . frequently spoken of as a great part of true religion. These things are often mentioned as distinguishing qualities of the true saints, and a great part of their character.”

This certainly describes what we see in the letters of Paul. And we would do well to imitate his brokenhearted boldness today.

How Did John Calvin Die?