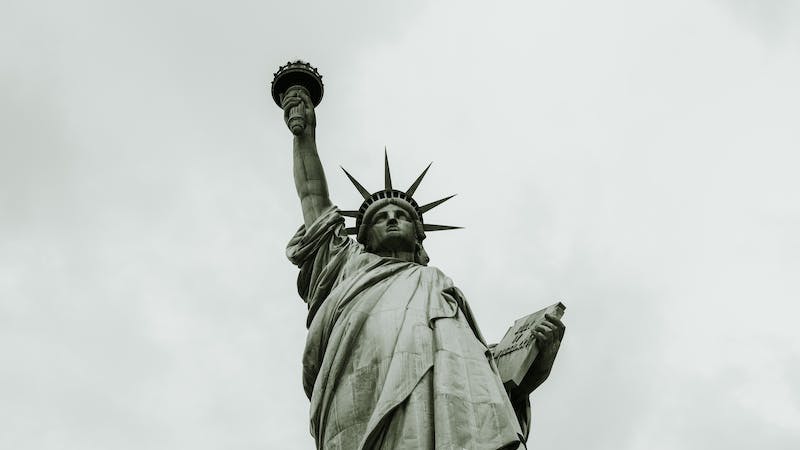 In the aftermath of Obergefell v. Hodges in 2015, some American Christians began to feel newly like exiles in their own country. All at once, it seemed to them, the nation’s highest court cast Christian morality outside the walls of American culture, where it became the victim of a strange new vocabulary: intolerance, bigotry, antigay, hate speech. America, which some once imagined as a kind of New Jerusalem, was showing itself to be more like Babylon.

What does the life of a Christian exile look like? The word exile itself may evoke images of obscurity — of hermits, monks, and communities cut off from the rest of the world. Nothing could be further from the Bible’s description of the exilic life.

As Edmund Clowney puts it, Christians “are transients and aliens, but they are also ambassadors. They reject conformity to the city, but they accept responsibility, living as law-abiding citizens and honouring their rulers and their fellow residents” (The Message of 1 Peter, 42). We are not only exiles, but ambassadors. For the road to Zion does not go around the walls of Babylon: it runs right through it.

Life would be simpler if we were merely exiles — if we needed merely to hunker down in the desert while the world burned. But the life of exilic ambassadors is not so simple. As John Piper once preached:

Perhaps no book of Scripture explores this complex calling as thoroughly as 1 Peter. There, we read how Christians live, speak, relate, and hope — as both exiles and ambassadors.

On the one hand, as exiles, Christians give ourselves to the kind of good that our society doesn’t recognize — the kind that invites scorn from those who “call evil good and good evil” (Isaiah 5:20; 1 Peter 3:17). So, we defend the rights of the unborn, draw clear lines between manhood and womanhood, and challenge the besetting sins of both the left and the right.

On the other hand, as ambassadors, we do the kind of good that our neighbors value — the kind that “[puts] to silence the ignorance of foolish people” (1 Peter 2:15). Christians not only hold signs outside abortion clinics, but also adopt children. We not only provide alternative education options that teach a biblical worldview, but also create tuition programs so that poorer families can participate.

Our good works are not fully Christian unless they create a curious mixture of offense and admiration. Some neighbors will detest the good that we do. Some will silently commend it. And some, God willing, will even “be won” (1 Peter 3:1).

Christians not only do, however; we also speak. And our words bear the same stamp as our works.

As exiles, Christians speak a message that stirs up hatred in the unredeemed heart. We preach a Christ who suffered for sinners and will one day return in judgment (1 Peter 1:13; 3:18). We call people to turn from “futile ways” and submit themselves to God (1 Peter 1:17–18). We claim to have the only hope that won’t fail in the end (1 Peter 3:15). These are words with edges on them; if spoken faithfully, they cut. And as exiles, we don’t dull the blade.

As ambassadors, however, Christians also do everything possible to remove unnecessary offenses. “A word fitly spoken is like apples of gold in a setting of silver,” the wise man tells us (Proverbs 25:11). So we labor to wrap the gold apple of the gospel within the silver of “gentleness and respect” (1 Peter 3:15), with “honor” (1 Peter 2:17), and, after we have spoken, with silence and submission (1 Peter 3:1–2).

Christians exist to “proclaim the excellencies of him who called [us] out of darkness into his marvelous light” (1 Peter 2:9). And as we proclaim his excellencies, we strive to do so with excellence, speaking even the hardest truths with a heavenly accent.

The pattern of serving and speaking that we find in 1 Peter assumes a particular relational context: Christians, though deeply invested in the community of God’s people, remain embedded in a web of relationships outside the church.

As exiles, our earthly allegiances are fundamentally different than they once were. We enjoy a closer kinship with those in Christ than we do with our political allies, our ethnic group, and even our blood relatives. Understandably, then, we stay close to other exiles on our homeward journey, longing to reflect together the ways of the kingdom where we are citizens (1 Peter 1:22–23; 3:8; 4:8–11). We would rather rub shoulders with Christ’s poor exiles than sit on the world’s highest throne.

But even though Christians are free from worldly identities, we are “subject for the Lord’s sake to every human institution” (1 Peter 2:13). As ambassadors, we bring the salt of the earth into our families, workplaces, neighborhoods, and even political structures (1 Peter 2:13–3:17). Too often, Christian exiles so distance ourselves from our unbelieving neighbors that we effectively put a basket over the lamp of the kingdom (Matthew 5:15). God calls us, however, to live near our neighbors: near enough to be reviled, slandered, and maligned (1 Peter 4:4), yet near enough to make our hope visible (1 Peter 3:15).

Ultimately, the complex calling of Christ’s people cannot be fulfilled by following a program of cultural engagement. The lifestyle of good works, speech, and relationships that Peter writes about is a supernatural lifestyle, born from a supernatural hope.

In one sense, this hope waits for us in the future. Our “imperishable, undefiled, and unfading” inheritance is not now in our possession, but is “kept in heaven” (1 Peter 1:4). Christians are waiting for the day when our exile ends: when eternal glory dawns, when sorrow and sighing flee away, when God makes all things new (1 Peter 5:10). For now, we “set [our] hope fully on the grace that will be brought to [us] at the revelation of Jesus Christ” (1 Peter 1:13).

And yet, in another sense, we carry something of heaven with us wherever we go. Peter writes, “Though you have not seen [Christ], you love him. Though you do not now see him, you believe in him and rejoice with joy that is inexpressible and filled with glory” — or more literally, joy that is inexpressible and “glorified” (1 Peter 1:8). Our joy, though only a fraction of what it one day will be, already glimmers with the coming glory. “The Spirit of glory” himself already rests upon us — especially in our suffering (1 Peter 4:14). Heaven is not only future; it is, in part, present in the glorified joy of Christ’s ambassadors.

This is what the world needs from Christ’s people: not only good works, not only gospel truth, not only upright relationships, but joy. Joy when slandered. Joy when suffering. Joy when in the minority. Joy that makes little sense to our adversaries. Joy that beckons them to march with us toward the coming glory.

How to Live Fearlessly – John Piper